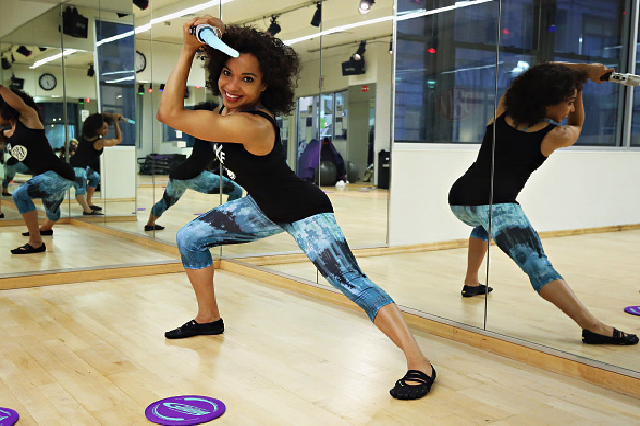 Nothing is bigger right now than Star Wars. And in the opening weeks of the new year, resolutions to get in shape are a priority for many. So it probably shouldn’t be a surprise that some enterprising health clubs and fitness instructors have combined the two trends.

Yes, we’re talking about a Star Wars workout. Really. This is not a joke. If you imagined going to see The Force Awakens with a bunch of people from your Zumba class,fun as that might sound, you have the wrong idea. (Actually, it doesn’t. Would anyone even buy popcorn and candy?)

No, this is people in a studio, wearing their cardio gear and wielding lightsabers. Toy lightsabers, just in case you were wondering. The real thing might be kind of dangerous. This is burning calories and getting your heart rate up by channeling your inner Luke Skywalker or Rey (or Darth Vader and Kylo Ren, if you need the power of the Dark Side to motivate yourself) and feeling the Force flow through you.

That sounds ridiculous, you say? A fantasy concocted by geeks looking to shed those holiday pounds (some of which may have been added by multiple viewings of Star Wars with tubs of popcorn and boxes of Milk Duds)? A dream of reenacting your childhood playtime while possibly getting to know attractive fellow gym-goers in tight clothing?

But it’s all reality. There is even photographic proof.

That’s not from an Onion article, either. No less a journalistic authority than The New Yorker reported this new fitness phenomenon, in a piece by Cora Frazier from the Jan. 11 issue.

“In the studio, Lamb led the group into Lunge Like Luke. The exercisers assumed the lunge position, light­sabers held high, then brought their back knees forward while lowering their sabers, and reassumed the lunge, light­sabers lifted, as fast as they could. Between exercises, the class did plié squats, guided by breathing. “I think of the Force like Chi,” Lamb told them.”

OK, maybe you’re a bit cynical. Disney and Lucasfilm did partner up with New York Sports Clubs as “a way to incorporate their brand into the fitness demographic.” Yoda might shake his head at that one. But the workouts and classes were designed by fitness instructor Amira Lamb, who also came up with routines when Disney and NYSC partnered up in 2012 as a tie-in with Brave. She’s the Jedi on this mission, training the Padawans.

Even if you want to smirk like Han Solo at a blatant attempt to capitalize on a popular trend, there is certainly something to be said for making exercise fun. Health benefits aside, most of us aren’t going to work out without getting at least a bit of enjoyment from the experience. If that means calling the moves “Lightsaber Leaps” and “Jedi Jacks,” may the Force be with you.

Personally, however, I need a little extra reward from exercising besides my clothes fitting better and how I look in a mirror. If I’m taking a Star Wars class, there had better be some medals at the end of the course. 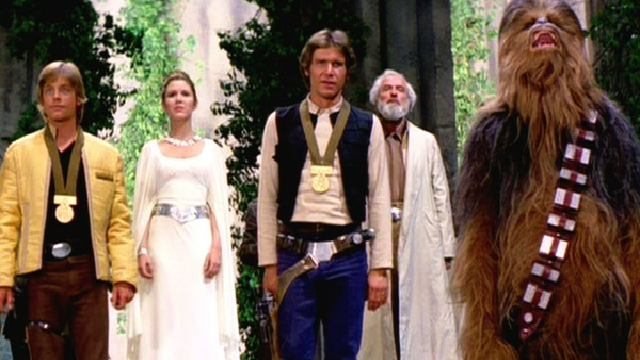