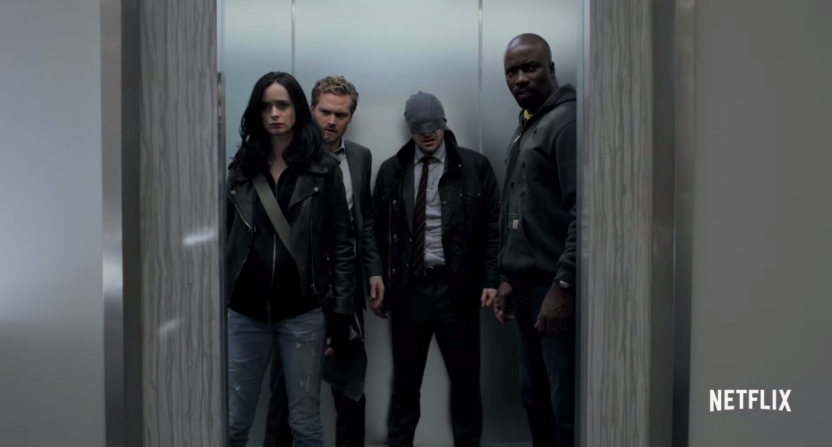 When Marvel and Netflix first announced their partnership four years ago for live-action superhero shows, the team has been a match made in heaven. From Daredevil, to Iron Fist, to Luke Cage, to Jessica Jones, Netflix and Marvel have worked together very well.

That is until The Defenders came out. The new series featuring the stars of all of the Marvel franchises on Netflix was released on August 18th on the streaming website and hasn’t been watched by a ton of people.

In fact, according to Variety, The Defenders may go down as the least watched Netflix and Marvel series premiere in the Untied States. The viewership test comes from an analysis by marketing firm Jumpshot which examined viewership numbers over the first 30 days The Defenders was on Netflix.

To put the numbers in perspective, they compared each Marvel and Netflix joint project to the most watched season of a show they co-created and that was season 2 of Daredevil. The end result for The Defenders showed that within it’s first 30 days on Netflix it received 17% of the viewership that Daredevil season two did in its first 30 days.

How did it compare to the other three series? Poorly once again. Here is how the other three series matched up to season two of Daredevil: Iron Fist – 28%, Luke Cage – 27%, and Jessica Jones – 26%. While all three of them performed badly, none performed as poorly as The Defenders did, which is the opposite of what you’d expect given the massive box office returns on the Marvel Cinematic Universe’s Avengers film.

Things continued to get worse from there according to Jumpshot. Week-by-week, The Defenders lost viewership in huge numbers, falling from 67% to 48% to 41% over the first 30 days it was on Netflix.

Netflix themselves rarely if ever releases viewing data, and especially not when the numbers are bad, so how reliable are these numbers?

For the data on Netflix originals, Jumpshot looked at the viewing behavior and activity of the company’s U.S. members. The San Francisco-based company analyzes anonymized click-stream data from a panel of more than 100 million internet consumers, amounting to some 160 billion individual data points per month. The data excludes viewing that occurs on connected-TV platforms or Netflix mobile apps, but Jumpshot says its benchmark analysis reflects aggregate viewing on the platform.

It seems unlikely this would derail any future plans Netflix might have; indeed, Daredevil is already definitely coming back for a third season, and Jessica Jones (perhaps the most culturally relevant of the four series) is definitely coming back for a second season. Whether Netflix learns any lessons going forward for how to best maximize their superheroes remains to be seen.