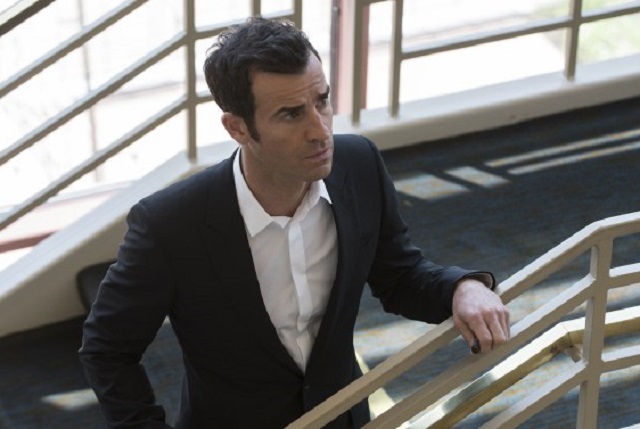 [Warning: This is a recap and will likely only make sense if you’ve watched the season two finale of HBO’s The Leftovers. And with this show, maybe not even then. But that’s why we’re doing this, to go through it together.]

Ev’ry day’s an endless stream
Of cigarettes and magazines.
And each town looks the same to me, the movies and the factories
And ev’ry stranger’s face I see reminds me that I long to be — “Homeward Bound,” Simon and Garfunkel.

“I Live Here Now,” the final episode of the second season of The Leftovers wrapped up one of the strongest seasons in TV history. I’m not speaking in hyperbole.

The show opens on a flashback of the night Evie and her friends disappeared, the central mystery of season two. As new members of The Guilty Remnant, they begin their silence while driving away from their loved ones. They park their car near the spring and start staging the hoax. The group spots Kevin with a cinder block tied around his ankle and don’t flinch when he jumps into the water, attempting to rid himself of ghost Patti. They’re committed to the cause.

Flash to present-day and Kevin’s resurrection as he claws his way out of the dirt, much to the surprise of Michael Murphy. Reborn and thinking much clearer, Kevin decides it’s time to come clean to John about his handprints being on Evie’s car. When he finally meets up with him, it’s too late as police verify the print and allow John to take him away.

John takes Kevin to the kennel and demands to know the truth about his daughter. Kevin explains how he visited Virgil and went to the afterlife hotel. He apologizes for what Virgil did to him. Not happy with the answer, John presses for more and when Kevin tells him Evie perhaps ran away because she didn’t love him, John shoots him point blank in the chest. The scene goes from calm and tense to holy shit very quickly.

Meanwhile, Nora is with Mary and is shocked when she wakes up from her vegetative state following an earthquake. She quickly takes her to outer Jarden to touchingly reunite with Matt. It’s revealed her pregnancy was not from Matt’s grotesque desperation, but a result of her waking up.

From there we see Meg carrying out her plan. She takes a trailer, drives up to the Jarden gates and says she’s got a bomb. She parks on the bridge and is restrained by cops, but not before the girls step out of the trailer and a countdown begins. Liv Tyler hadn’t seen a ton of screentime this season, but her villainous turn is surprisingly great. I didn’t care for Meg all that much in season one, but her character’s turnaround personifies how creator Damon Lindelof correctly reorganized his show for the better.

Evie’s mom Erika breaks the barricade and runs onto the bridge, pleading with her daughter to stop and come home. The Leftovers has been chalk full of excellent acting, but Regina King puts on a tour de force performance here. As music plays, we’re shown her hollow screams. She refuses to get off the bridge without her daughter, even if it means she’s going down with it. What makes the Guilty Remnant so effective is when they block out the noise, causing confused love ones to openly wonder what they’ve done. They’re bastards.

When the clock strikes zero, no bomb goes off but an explosion does occur, as the Outer Jardine folks dawn the white robes of the Guilty Remnant and force their way through the gates. Meg’s diversion was successful. She’s throwing a pinned grenade on a school bus full of children, only on a much larger scale.

As all of this happens, Kevin re-enters the purgatory hotel and escapes after singing the most depressing version of Simon and Garfunkel’s “Homeward Bound.” Wounded and bleeding out, he makes his way through what once was assumed sanctuary.

Jarden has been overrun and in a scene that very much parallels the season one finale, Kevin wanders his way through the destruction of his home. He almost bleeds out before John finds him and helps him. The two make their way home, with uncertainty of what awaits inside. Kevin opens the door to find his entire family waiting for him. In a show filled with dark and dire moments, Kevin making his way home alive despite all the surrounding chaos is a fitting ending.

For a series which entered season one with very little fanfare and critical acclaim (outside of a few critics, such as HitFix’s Alan Sepinwall), season two was a masterclass in writing, acting and storytelling. “I Live Here Now” served as not only a fitting season finale, but a series finale. Loose ends were tied up and almost everything felt satisfying.

The Leftovers received notoriously low ratings, despite overwhelming critical praise this season (even Andy Greenwald is in) and the show faces cancellation. I’d be tremendously sad if the show departs, but am glad I got to at least experience the ride. The finale validated my feelings that The Leftovers is one of the greatest shows of all-time.