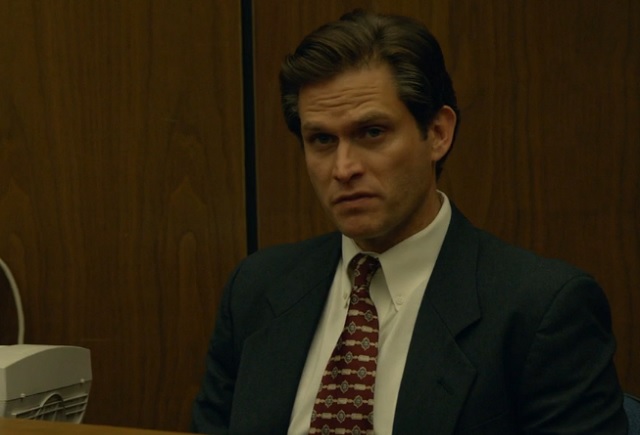 “It’s hard to be hated by both sides. It takes a man of certain character.”

During the first nine episodes of American Crime Story: The People v. O.J. Simpson, Mark Fuhrman has been a dark presence looming over the story. That seems appropriate, since he’s essentially the villain of the piece. And the Los Angeles police detective most certainly cast a shadow over the O.J. Simpson murder trial.

For Simpson’s defense team, Fuhrman was the knockout punch. He was proof of a racist LAPD, someone who hated and unfairly persecuted black people, who used his badge to brutalize them and took extraordinary steps to frame them in order to make arrests and act out his bigoted, bullying impulses. He was the key to Johnnie Cochran’s argument that Simpson was framed for these crimes.

For the prosecution, Fuhrman was a necessary evil. He was one of the first detectives on the scene to investigate the murders of Nicole Brown and Ron Goldman. He helped collect some of the evidence that was supposed to make the prosecution’s case against Simpson rock-solid. Once again, this highlights prosecutor Marcia Clark’s blind spot. She thought the evidence which clearly pointed to Simpson would be enough for a conviction, and didn’t consider outside factors surrounding the case until it was far too late.

Yet assistant district attorney Christopher Darden knew of Fuhrman’s racist leanings. Not only did that obviously offend him as a black man, but he realized it made him an unreliable witness. Any testimony about what he observed at the scene and steps he took in the immediate aftermath would be drowned out by the revelation of his beliefs and use of the N-word in interview transcripts. He was toxic to the prosecution’s case.

Episode nine, “Manna From Heaven,” centers around tapes of Fuhrman recorded by aspiring screenwriter Laura Hart McKinny, who interviewed him for a script she was working on about female police officers. Fuhrman had definite thoughts on the topic and an effort to keep female officers off the force, let alone rising through the ranks of the department. But the detective had so much more to say about his job, whether it was something McKinny actually wanted to hear or Fuhrman just couldn’t resist the opportunity to share his thoughts on the people he dealt with and portray himself as a tough cop for someone who was writing a movie. 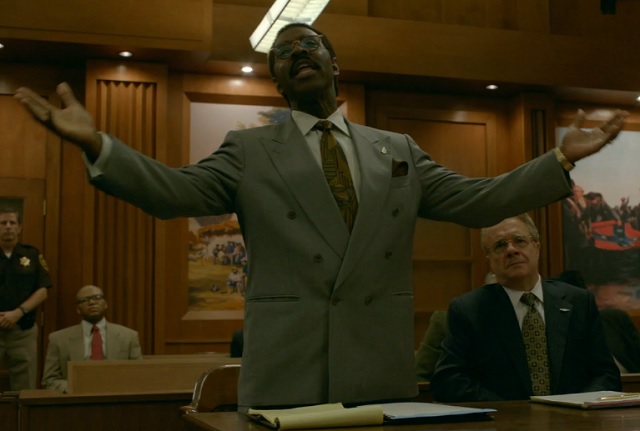 As we saw at the end of the previous episode, the defense team learns about the Fuhrman tapes and their racist content from an anonymous tip called in. Cochran’s lead investigator follows up and traces the tapes to North Carolina, where McKinny has since moved to teach screenwriting after her career in Hollywood never worked out. (During a meeting among the defense lawyers, Barry Scheck has a funny line, questioning how someone can teach something at which she failed. Maybe that was a tweak the writers couldn’t resist. Or a hint at the industry that screenwriting books, videos and classes became in the late 1990s.)

That results in a brief excursion to North Carolina, where Cochran and F. Lee Bailey file a subpoena to have the tapes released to the Los Angeles court. The sequence provides another example of how much national exposure the Simpson trial has received, as the judge presiding over the hearing is all too familiar with Cochran’s courtroom theatrics and gift for alliteration in his statements. He clearly has a disdain for the celebrity circus that the trial has become in Los Angeles and doesn’t intend to let that play in his Southern court.

Much to his surprise, Cochran can’t charm this guy and the motion is denied. Bailey then points out what’s rather obvious, that Cochran is a bit too Hollywood for the judge and an appeal to the court’s Southern roots might be necessary. Upon filing an appeal, Bailey amusingly tickles the soft underbelly of the “Tar Heel Tribunal,” as he calls the judges, talking warmly of how great it is to be back in the South. Cochran can’t believe it’s working because Bailey’s ass-kissing seems so blatant, but it pays off as the appeal is granted.

But getting their hands on the tapes and transcripts isn’t as simple as submitting them to the court. As expected, the content is explosive, with Fuhrman saying extremely hateful, nasty things about black people and showing a side of the police that is jarring to hear, even if it’s something that the skeptical and jaded among the community believed about law enforcement. Cochran and the defense are thrilled to get their hands on the tapes, which basically fell into their hands (thus the title of the episode), knowing they will make their case. The prosecution is horrified, as their star witness has been rendered a major liability.

However, the tapes turn out to be even more problematic than imagined for both sides when it’s discovered that Fuhrman openly discusses his dislike of LAPD captain Margaret York, who happens to be the wife of Judge Lance Ito. If Ito hears what Fuhrman has to say about his wife, is he capable of perceiving Fuhrman and judging the Simpson murder trial fairly? If York is called as a character witness to testify in regards to Fuhrman, Ito has to recuse himself from the case. And if the judge is determined to have a significant personal conflict, a mistrial would almost certainly result. 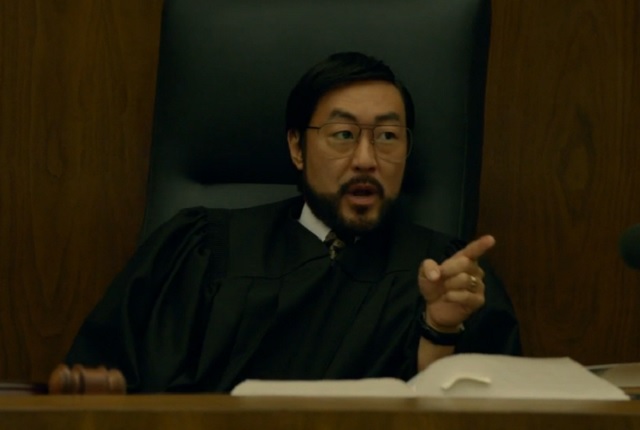 A mistrial would be disastrous for the defense, wiping out all of their work in establishing reasonable doubt for Simpson and turning the focus of the case toward the LAPD, its institutional racism and treatment of the black community. Another trial could be moved to a suburban court (with a decidedly white jury), where the race card wouldn’t be as powerful a weapon and more attention could be paid to the details of the case itself, particularly the compelling physical evidence against Simpson.

Interestingly, the prosecution — particularly Darden — becomes intrigued by the possibility of a do-over. Knowing the mistakes they made during this trial, the L.A. district attorney’s office can take race into greater consideration, try to turn the focus of the case more toward domestic violence and the double homicide that occurred. Most importantly, they can make sure Simpson never puts on those gloves again in court and avoid using Fuhrman as a witness. However, the risk is significant, as there’s a very strong possibility that double jeopardy could apply and Simpson could not be tried again for murder.

Ito does let another judge determine whether or not he can still preside over the trial, and his colleague rules that what Fuhrman says about York isn’t relevant to the case. Thus, calling her in to testify wasn’t necessary and wouldn’t present a conflict of interest for Ito. The focus then becomes how much the jury should be allowed to hear from the tapes. Cochran obviously wants the jury to hear everything, all of the racial epithets, the misogynist hatred, the accounts of police brutality. But Ito eventually decides that very little from the interview should be made available to the jury. The important part, germane to the case, is that Fuhrman contradicted earlier testimony and essentially committed perjury on the stand.

This is a devastating development to Cochran, who wanted to use the Simpson trial as an opportunity to hold the LAPD accountable for its history of racist behavior. For him, this was about so much more than acquitting a celebrity and former football star of murder. But Cochran’s wife points out to him that he accomplished that objective regardless of the trial’s outcome. The Fuhrman tapes have been released to the public. People throughout the country know about the LAPD’s racism and brutality.

But Fuhrman is still an important matter at hand in the trial itself. The defense calls him back to the stand as a witness to question him about his earlier testimony and present him with evidence from the tapes that demonstrate he lied under oath. That leads to arguably the most powerful moment of the trial, one which basically cuts off the prosecution at the knees and makes the defense’s case. Fuhrman repeatedly invokes his Fifth Amendment rights and refuses to answer Cochran’s questions. Even when asked whether or not he planted or manufactured evidence in the Simpson case, Fuhrman asserts his Fifth Amendment rights. What could be more damning?

A policeman pleading the Fifth? What does he have to hide? It’s a fatal blow for the prosecution. The father and sister of Ron Goldman know the case is over, and all Clark can do is pass them a look of sympathy and sorrow. One more episode remains in this series and the verdict has yet to be delivered, but the trial has effectively been decided, thanks to the police detective who was once considered one of the prosecution’s strongest assets.