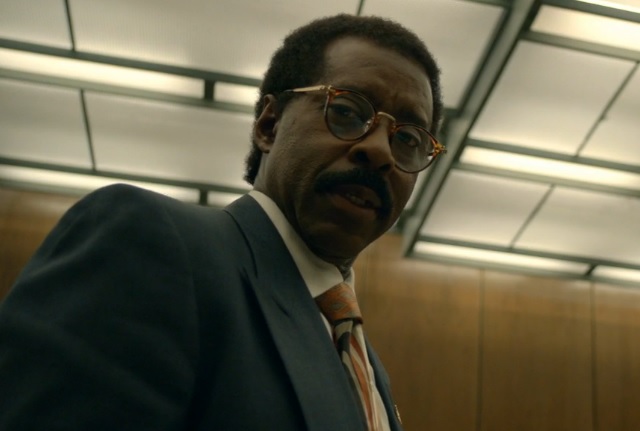 Last week’s episode of American Crime Story: The People v. O.J. Simpson, “100% Not Guilty,” ended on a darkly funny note with Simpson entering the courtroom and being shocked at what he sees. His defense team soon follows and is also surprised. Director Anthony Hemingway then pans the camera left to show assistant district attorney Christopher Darden sitting with the prosecution, now part of its team.

“When did they get a black guy?” Simpson asks his attorney, Johnnie Cochran. Prosecutor Marcia Clark then notices Cochran and Robert Shapiro looking over at them and gives them a knowing raise of the eyebrows and smile. Though Clark and her team essentially let the defense have the jury it wanted, it briefly seems as if the prosecution won a small victory. Go ahead and try to play that race card when we have a black guy on our side too.

However, this week’s “The Race Card” demonstrates that the prosecution may have won a brief battle, but it was a tiny triumph. This isn’t just a strategy for Cochran; it’s a war he’s been fighting his whole life.

The episode begins with a flashback to 1982, as Cochran (Courtney B. Vance) is taking his two young daughters to dinner. Driving a Mercedes-Benz through an upscale part of Los Angeles immediately attracts the attention of a police officer who pulls Cochran over. This is obviously a routine Cochran has been through before and he reminds his kids of how to behave in such a situation.

Cochran quickly objects to the traffic stop when it becomes apparent that the officer pulled him over for no good reason. The officer then asks Cochran to step out of the car, bends him over the hood and handcuffs him. Cochran (impeccably dressed, by the way) then tells the cop to call in his license and find out who he is. If he doesn’t, he’ll regret it. Of course, the officer takes that as a threat and leaves Cochran laid out on the hood while he checks the license. In the meantime, white people shopping and having lunch at sidewalk tables stare. It’s humiliating. 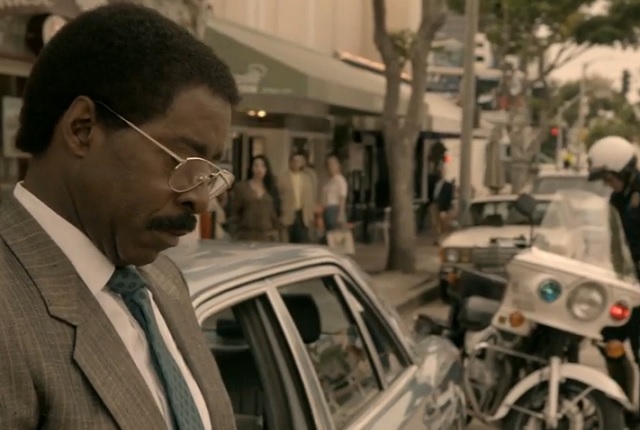 Soon, the officer comes over, unlocks the handcuffs, and tells Cochran to “Have a nice night, Mr. Assistant District Attorney.” But the damage is done. The onlookers saw a black man pulled over and handcuffed. Cochran’s daughters are terrified, asking their father if the officer called him the N-word. “No,” he says, “he didn’t have to.” He then tells his daughters to never use that word; it’s a terrible word.

The writers and producers of The People v. O.J. Simpson have insisted all along that one of the series’ objectives is to show viewers what wasn’t previously known, to tell the story that hasn’t been told. Even if that was an appeal to people hesitant to watch because they feel like they’ve already seen this saga play out, there’s some truth to this assertion. The best example may be the storyline involving Cochran and Darden. If it was public knowledge, I certainly don’t remember that the two had a mentor-protégé relationship.

Now on opposing sides in the courtroom, Darden (Sterling K. Brown) treads carefully and respectfully toward the man who’s advised him throughout his career. But Cochran isn’t letting personal feelings get in the way of his goal. He tells the press that Darden is being used as a tool by the prosecution team in front of a largely black jury. That infuriates Darden, but also taps into his insecurities. Is he a deserving third chair for the prosecution, or is he being used by Clark because he’s black? Those suspicions are all but confirmed when Clark tells him that he’ll be prepping Detective Mark Fuhrman, whose racist beliefs were a matter of record, for trial.

Darden attempts to confront Cochran before opening statements at the trial, calling Cochran out for his cheap shot to the press and expressing the hope that they can be respectful to each other as equals in the courtroom. It’s portrayed wonderfully by Brown and Vance, with Darden struggling to show confidence and Cochran noticing that the younger attorney is trying to stand up to him. “Brother, I ain’t trying to be respectful,” Cochran says. “I’m trying to win.”

If that blow knocked Darden back on his feet, Cochran sends him to the canvas once court proceedings begin. Darden attempts to argue to Judge Lance Ito that when Fuhrman is called to the stand, his prior use of racial slurs and epithets should be kept from the jury because they will only inflame bias. Darden is clearly uncomfortable making the argument, knowing that Fuhrman is a bad guy with a documented past of racist behavior. Even Cochran’s assistants (both black) can’t believe that Darden is trying to get Fuhrman’s use of the N-word stricken from the record. After Darden finishes, Cochran feels compelled to respond, seizing an opportunity. 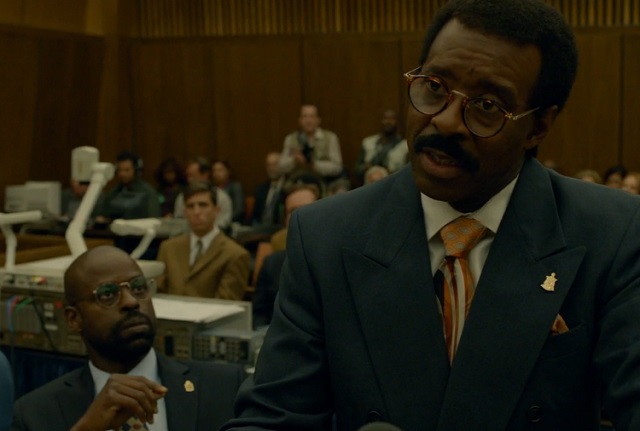 Earlier in the episode, Cochran told his daughters to never use the N-word. But when Cochran can use it to his advantage, he wields it like a sword. How dare Darden even attempt to argue that black jurors be kept from hearing that word when one of the key witnesses in the trial, the investigating officer on the murder scene, used such terrible language toward minorities. “His remarks are deeply demeaning to African Americans,” Cochran says. He then apologizes to African Americans “across this country,” adding that he’s ashamed that Darden is being used as an apologist for Fuhrman.

It’s a brutal, devastating blow to Darden, one that paints him as insensitive and a sellout to his fellow African Americans. It’s a label he was never able to shake off. Darden is put in his place, and Cochran has permanently gained the upper hand in this trial. The prosecution can’t deny that race is a key part of this case, even if they send a black man up there to try and do so. If adding Darden to the team was ever an advantage for the prosecution, Cochran made absolutely sure that he became an insurmountable liability.

Vance’s portrayal of Cochran continues to be the standout performance in The People v. O.J. Simpson. This may be the role of his life. He has embodied the celebrity defense attorney so well that the real person almost becomes unbelievable if you watch old footage. As portrayed in this series, the Simpson case became a calling for Cochran and he is rising to the moment he was destined to serve. One of the best scenes in this episode shows Cochran practicing his opening statements for his wife before bedtime. Even in pajamas, his confidence and gift for language is unmistakable. His wife is beaming with pride. The man is truly in his element.

Cochran is completely in Darden’s head. Late in the episode, when the jury visits Simpson’s house (which Cochran has made over to replace pictures of Simpson posing with white people to those of presumed family, along with pieces of African art), the defense attorney can’t resist giving one last piece of advice to his former pupil. “Whatever happens,” Cochran says, “don’t do Fuhrman.” Is this one more psychological punch thrown or is Cochran truly looking out for Darden’s career? Don’t be the black man forced to portray a racist in a flattering light.

The series certainly doesn’t try to portray Fuhrman as anything but a horrible racist and bigot. We learn that the detective collects World War II memorabilia, and the last thing we see before the closing credits is Fuhrman admiring one piece of his collection: a Nazi medal. And this guy hasn’t even taken the stand yet.