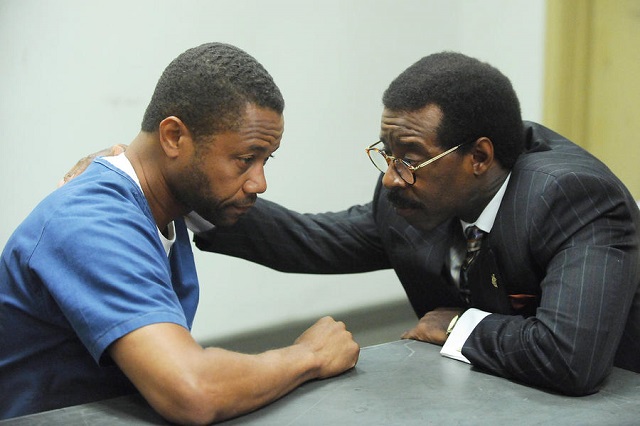 The central question of American Crime Story: The People v. O.J. Simpson is one we’re still asking more than 20 years later: How did he get away with murder? Maybe the even better question is, how did the prosecutors blow this case?

In this third episode, titled “The Dream Team,” we begin to see how it slowly fell apart for Marcia Clark (Sarah Paulson) and her team. Early on in the episode, L.A. district attorney Gil Garcetti (Bruce Greenwood) explains that the Simpson trial has to be downtown, so they’re not viewed as fleeing the city and the black community. It’s important that the trial has black jurors for the “optics.”

The term puzzles Clark, either because she’s never heard it before or doesn’t see what it has to do with the Simpson case. From there, you can see the cracks begin to develop. What looked like an airtight case is beginning to hiss. Clark believes she’s factored in every angle. And from a legal standpoint, she has. They have the evidence. They have witnesses. The timeline shows Simpson had enough time to commit the crime, then get on a flight to Chicago. A conviction seems all but assured.

But Clark hasn’t considered the much larger picture outside the district attorney’s office and courtroom. For one thing, everyone is caught up in the high profile and celebrity status of the case. That costs Clark several witnesses, who are all too willing to tell their stories to tabloid TV shows for money. In her view, that compromises their integrity to jurors. Her colleagues think those witnesses are still credible, but Clark doesn’t want even a whiff of taint or compromise.

More importantly, Clark hasn’t considered the role that race will play in the case, that the deep mistrust felt by the black community toward the LAPD could influence how some might view Simpson’s innocence or guilt. This seems inexplicable to Clark, of course. The evidence against Simpson is overwhelming. He tried to flee. A 911 call shows his history of violence toward his wife, shattering the image so many had of “The Juice.” 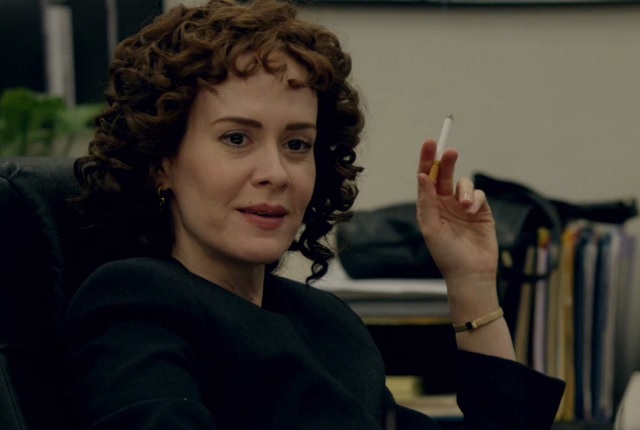 But Clark begins to get an idea of what she’s in for when assistant district attorney Christopher Darden (Sterling A. Brown) tells her that several people he’s talked to believe O.J. didn’t do it. They think the cops are framing a black man because they do it all the time. Darden is the only person in the D.A.’s office who isn’t saying “We got this” and telling Clark not to worry, which makes her realize that he should be a part of the prosecuting team.

Though it isn’t said outright (Paulson does a great job of letting you see the wheels turning behind her character’s eyes), Clark surely also realized that she needs a black person with her in that courtroom so it doesn’t look like a bunch of powerful white people trying to take down a prominent black celebrity. Prior to that, however, she thinks it’s important for Darden to be the guy to charge Simpson’s buddy A.C. Cowlings with aiding and abetting a fugitive.

Meanwhile on the other side, Simpson’s attorney Robert Shapiro (John Travolta) — who up until this point has appeared to be over his head — acknowledges his weaknesses and begins reaching out to friends and fellow attorneys who can help mount a defense.

F. Lee Bailey (Nathan Lane) famously got a client charged with murder retried and eventually found not guilty. Alan Dershowitz (Evan Handler) — who famously got Claus von Bulow’s attempted murder conviction overturned — has been on TV talking to the likes of Larry King about how the case against Simpson is overwhelming. Shapiro thinks Dershowitz is arguably (especially to Bailey) the country’s most famous lawyer and a valued legal mind, so how would he mount a defense in this case? Dershowitz brings in Barry Scheck (Rob Morrow), an expert in the growing field of DNA evidence who aims to argue that everything collected from the murder scene was mishandled.

But the band needs a lead singer, preferably one who can play the race card with credibility to black jurors during a trial. Johnnie Cochran (Courtney B. Vance) has also appeared on local TV and CNN talking about the Simpson case, talking about the LAPD’s history of wrongly convicting black people and continually abusing its authority in the local community. 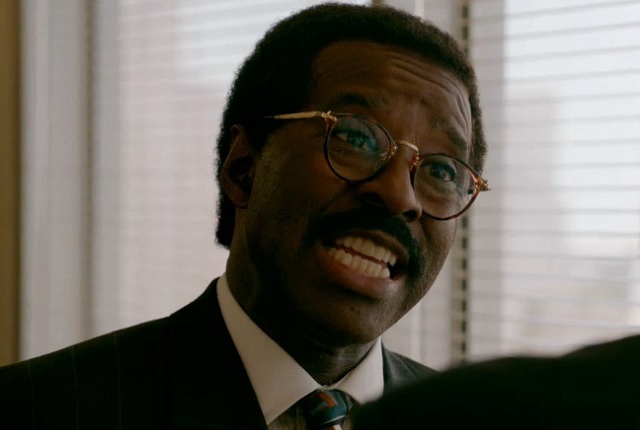 As we see early on, Cochran is so passionate about this case that his wife urges him to push for becoming part of Simpson’s legal team. Cochran is reluctant, perhaps seeing how strong the evidence is against Simpson. But deep down, he wants to be directly involved with the case, not just provide TV analysis on it. A later scene shows just how much Cochran wants to join that defense team when he’s told Simpson is calling and composes himself before picking up the phone.

Cochran’s role becomes crucial once Shapiro figures out that arguing the racial aspects of the case will open a path to victory. His lead investigator finds a file full of evidence that demonstrates the disdain Detective Mark Fuhrman has shown toward black people through his career. Shapiro then turns an interview with the New Yorker (presumably with Jeffrey Toobin, who wrote the book that this miniseries is based on — so meta!) into a legal argument, stating his case against the LAPD and planting the seeds that racial discrimination is at the heart of Simpson being charged with murder.

Three episodes in, The People v. O.J. Simpson hasn’t tried to state definitively whether or not Simpson is guilty, choosing to lay out the events as they occurred, the evidence turned up at the scene, the legal defense strategy and, of course, the many characters involved in this drama. But at the end of “The Dream Team,” Cochran insists on meeting Simpson before joining Shapiro’s team. He has to look Simpson in the eye and believe his innocence.

Cuba Gooding Jr.’s portrayal of Simpson has received mixed reaction. But he does his best work so far in the scene with Cochran. Maybe Simpson is just a good actor, talking about how much he loved his wife and could never killed her. The anguish and grief is surely genuine, but is he upset about his wife’s death or terrified that he’ll be convicted of murder and the life he knew will be over? We have no idea if Cochran really believes Simpson’s professed innocence. But in that moment, perhaps Cochran believes that the celebrity and former football star can convince a jury that he couldn’t have killed his wife.

“The Dream Team” is essentially set up for what’s to come, making sure everyone is seated before the circus truly begins. (That farce continues to this day, as strongly hinted with Robert Kardashian’s fame-whore children. The writers’ disdain for the Kardashian brood is consistently amusing. Maybe Ryan Murphy and producers can spin this off into another season of American Horror Story.)

But the episode also wonderfully lays the foundation for answering the central question of this series, showing how prosecutors were prepared legally, but naive culturally. And once Simpson’s defense got a grasp of their best argument, the team of lawyers relishing a challenge never let go.