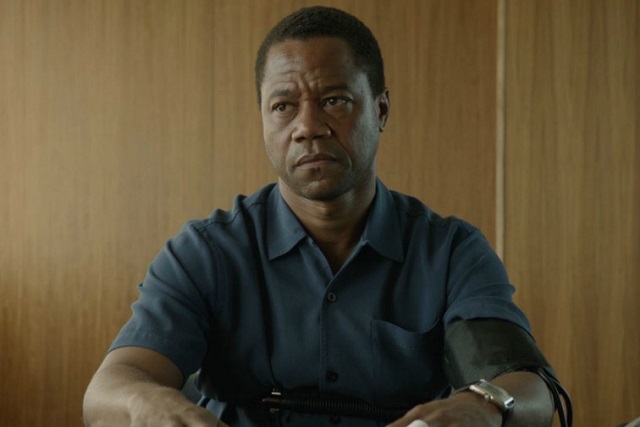 The first episode of The People v. O.J. Simpson: American Crime Story has a lot to tackle, introducing most of the characters that became household names over the course of a year and a half, from 1994 to 1995. But the Simpson murder case also exposed some major fissures in the culture, particularly in Los Angeles at that time.

Beginning with footage of the 1991 LAPD beating of Rodney King and the subsequent riots that occurred in the city after those officers were acquitted, the opening minutes of the episode establish the deep tensions and distrust of the police within the area’s black community. Those issues obviously resonate throughout the country today, but it’s particularly important to either inform or remind the audience of what was going on because it goes so far to explain what happened.

That’s what makes The People v. O.J. Simpson a story worth telling. How did this happen? How was someone who looked so obviously guilty of murder eventually acquitted of the crime? How different was our culture back then — whether our love of celebrity or understanding of the legal system — and how much did this case (and an eight-month trial that became daily television) influence what we’re living in now?

But how the series would approach this material was one of the more intriguing questions going in. These events took place more than 20 years ago. An entire generation of potential viewers is surely familiar with most of the names, even without full context, because of their infamous place in the culture. Look! Kardashians! And aren’t those the lawyers Tina Fey and Jerry Minor made fun of in Unbreakable Kimmy Schmidt? Details such as the Bronco chase, bloody gloves, and the best defense money can buy still resonate today.

Then there are those of us who lived through this, who were old enough to follow the Simpson case and murder trial closely. We watched television and news coverage change (especially after June 17, 1994). Our perception of law enforcement and the legal system became more informed and skeptical. Above all, the case deeply changed how we view celebrities. If we didn’t already realize that who we saw on TV could be vastly different from who those people were in their private lives, it was now tragically clear.

All of that is seemingly too much for the first episode of a series to take on and establish, yet the opening chapter of The People v. O.J. Simpson, “From the Ashes of Tragedy,” somehow managed to navigate that territory successfully. The crime scene at Nicole Brown Simpson’s house, along with the surrounding people and circumstances is recreated meticulously. Those who remember the many details — gloves, footprints, blood trails— will likely nod as officers and detectives survey the scene and bring those memories back.

Our memories gain further life as the characters are progressively introduced. Simpson (Cuba Gooding Jr.) is a TV star who regular people are thrilled to meet. Prosecutor Marcia Clark (Sarah Paulson) is tenacious and driven, outraged that the police continually overlooked Simpson’s behavior because of who he was. Defense attorney Johnnie Cochran (Courtney B. Vance) is a force of nature, friendly to celebrities and a fierce opponent of the LAPD. He’s also a major influence on Christopher Darden (Sterling K. Brown), who feels insignificant in the district attorney’s office.

Robert Kardashian (David Schwimmer) is a close friend of Simpson, formerly a practicing attorney and asked to participate in his defense by Robert Shapiro (John Travolta), a defense attorney familiar with big cases and enamored with celebrities. But he quickly realizes this is far more than he’s equipped to handle as the seriousness of Simpson’s alleged crimes and the ambition of the L.A. district attorney’s office become increasingly apparent. 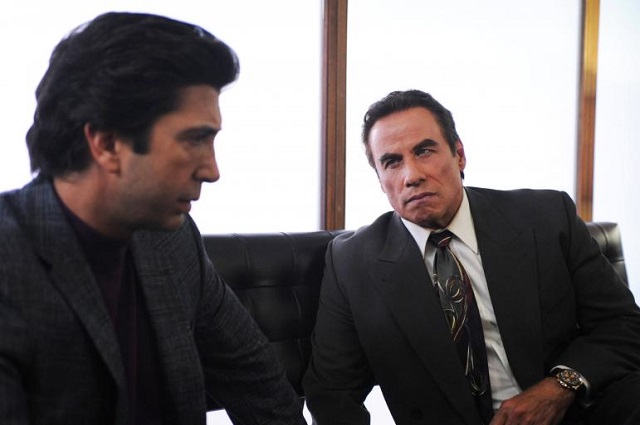 The writers and producers of The People v. O.J. Simpson have said that this series will tell parts of the story previously unknown to the public. Those who followed the case closely and figure they don’t need to watch because they’ve seen it already should give this a shot. In the first episode, the Shapiro storyline is probably the best example of that. The playbook he previously followed doesn’t apply to this case. Though Shapiro publicly appeared to be in control, he’s overwhelmed and stalling when the police and D.A.’s office are closing in.

Travolta’s portrayal of Shapiro will raise some eyebrows. He makes the attorney seem like an oddball, someone who enjoys his work and associating with celebrities, but is kind of a legal lightweight. (Cochran views him that way.) Maybe that’s how the real person was; we only know what we saw on TV and in the courtroom. Travolta’s take seems unusual, but perhaps his choices will become clearer as the series progresses.

The bigger question concerns Gooding’s performance as Simpson. The series’ producers have said that they don’t want to portray Simpson as guilty because the narrative needs to play out. Perhaps it’s impossible to watch this without projecting our pre-formed notions and biases onto the story. But Gooding seems to have a sadness as Simpson (even before being arrested) that didn’t seem to be there when this was happening. Of course, maybe we just didn’t see it. O.J. was “The Juice,” the happy, charming guy on TV, movies and commercials.

Gooding plays Simpson’s fear, rage, entitlement, and instability well, though the charisma seems to be missing. (To be fair, that might be a problem with the script more than the actor. Simpson is only a part of this story.) He’s insulated by celebrity, surrounding himself with sycophants and wonders why none of them can get him out of this situation. In a climactic scene toward the end of the episode, Simpson threatens to kill himself before turning himself in. We all know he didn’t pull the trigger. Yet the scene is still compelling because Gooding seems so convincing.

If the purpose of “From the Ashes of Tragedy” was to entice viewers to keep tuning in, it absolutely accomplishes that objective. Everyone in this drama is fascinating, and so is the environment in which this story takes place. Yes, it was real, and many of us remember it everything that happened. But the writing and acting make the Simpson case all feel new again. Next week’s Bronco chase (“The Run of His Life”) should be a thrill.