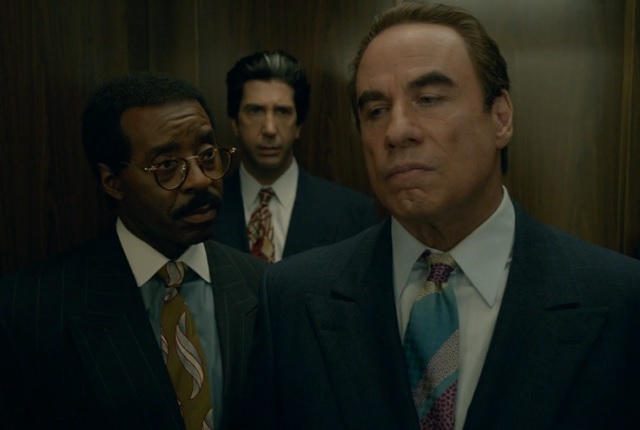 In the previous episode of American Crime Story: The People v. O.J. Simpson, we saw the assembling of Simpson’s infamous All-Star squad of defense attorneys. It was an intimidating group sure to cover every possible angle, one ready to steamroll the Los Angeles prosecution team.

But as impressive as collecting all of that legal firepower and experience was, so many egos together in the same room were almost certain to clash. Early on in this week’s “100% Not Guilty,” Marcia Clark (Sarah Paulson) points out to a colleague, the so-called “Dream Team” is “a dozen alpha dogs in a cage match” that “will tear each other up and implode.” Sure enough, some cracks begin to show as jury selection for the Simpson trial begins.

At the center of the conflict is the tension between Robert Shapiro (John Travolta) and Johnnie Cochran (Courtney B. Vance). Shapiro has been Simpson’s lead attorney from the beginning and doesn’t want to cede that position of power. Yet he’s been in over his head, more of a negotiator than skilled litigator, which his peers and colleagues know all too well. Though Shapiro balks at this perception, he confirms it during dinner with F. Lee Bailey (Nathan Lane), admitting that his ultimate goal is to make L.A. District Attorney Gil Garcetti (Bruce Greenwood) so uncomfortable that he eventually agrees to a deal.

Bailey, added to the team because of his experience in getting murder charges overturned, can’t believe what he’s hearing. He might be even more incredulous over being told that he’s going to be working the case pro bono, which Shapiro frames as giving Bailey the opportunity to restore a reputation that’s faded with time. That compels Bailey to go behind Shapiro’s back and conspire with Cochran, sneering that the “lead attorney” doesn’t have the appetite or skill for courtroom battles and shouldn’t want to settle “like a pussy.” He encourages Cochran to seize power and take the lead.

On the other side, Clark is learning just how important the “optics” that her boss warned her about are becoming. With the defense putting the race card on the table, selecting a jury that views Simpson more objectively — or is at least willing to look at other factors besides him being black — will almost certainly be the difference between winning and losing this case. But yet again, Clark shows that her overconfidence in having all the evidence on her side and an overestimation in her rapport with black women, whom she’s represented many times, has skewed her view of what’s really going on. 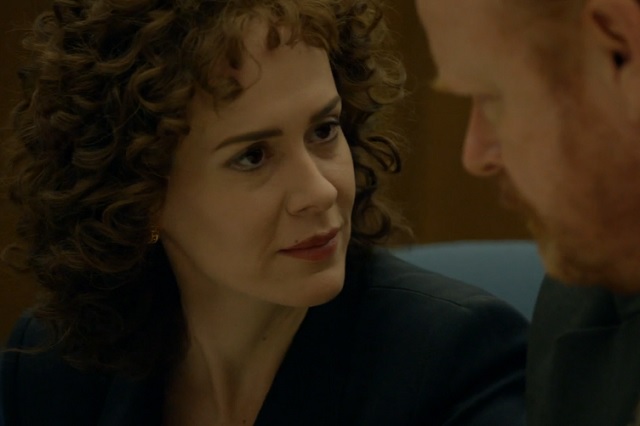 Garcetti urges Clark to employ an expert in jury selection, to utilize any advantage the prosecution might have. Though Clark feels she and her attorneys already know how to select a proper jury, she relents and agrees to focus-group questioning of potential jurors. The results are harshly illuminating.

All of the black people on the panel believe Simpson is innocent, while the whites think he’s guilty. Worse for Clark, everyone thinks she comes across as a cold bitch. The consultant tells Clark that, contrary to her belief, black women don’t like her and should be avoided in jury selection. She needs to do something to soften her image, whether changing her hairstyle or clothing. He then says something sure to resonate with women today: You should smile more.

Before tensions reach a boiling point among the defense team, the attorneys do agree on one strategy. Challenge Clark on every single thing during the preliminary hearing, no matter how ridiculous or small it might seem. A battle over how many hairs Simpson must submit for testing leads to a subsequent hearing on that evidence. By the time the prosecution and defense deliberate over jury selection, it’s possible that Clark might already be worn down by the fighting and willing to cede on some jurors as good enough, regardless of whether or not they fit the preferred criteria or demographics. Meanwhile, Cochran and his assistant are practically high-fiving over getting the jury they want.

“We cannot be so hung up on skin color,” Clark tells her assistant DA. “This is a reasonable panel. They’re smart people who gave good answers. My gut says, trust them.”

Obviously, those are fateful words — and possibly far too cynical, coming from the series’ writers. Given what we know 20 years later, maybe that dialogue is a bit too on the nose as well. But again, they illustrate Clark’s massive blind spot. This isn’t just about what the prosecution has against Simpson from a legal standpoint. Even if a reasonable interpretation of evidence and arguments frame the case a certain way, leading to a seemingly certain outcome, the racial undertones run far deeper than she realizes, despite what Clark may claim otherwise (and her addition of black assistant DA Christopher Darden to her team). 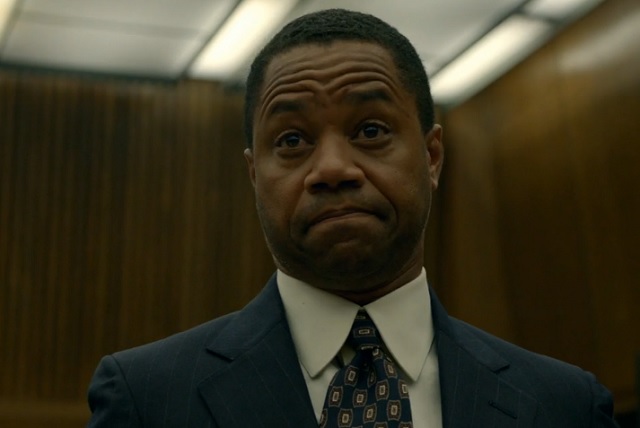 Another outside force the prosecution has to contend with, and likely significantly underestimated, is the high celebrity profile of the Simpson trial. Typically, people do everything they can to get out of serving jury duty. In this case, jury selection results in long lines, standing room crowds in the courtroom and hundreds of interviews to conduct. Everyone wants to be a part of “The Trial of the Century.” Cochran’s assistant even cracks at one point that potential jurors should probably be notified that they could be sequestered for up to six months.

The desire to be involved and become at least indirectly famous extends beyond the jury. When Judge Lance Ito (Kenneth Choi) is notified that he’ll be presiding over the Simpson trial, he can’t wait to tell his wife. Nicole Brown Simpson’s supposed friend Faye Resnick (Connie Britton) can’t wait to cash in with a tell-all book filled with lurid details that can’t help but poison the jury pool and perception toward Simpson. And everyone wants to tell his or her side of the story to Larry King on CNN. Resnick promotes her book. Bailey presumably attempts to quiet rumors of in-fighting among the defense team, but is really planting doubts about Shapiro and turning favor toward Cochran.

At the beginning of the episode, Cochran notices how sullen and crestfallen Simpson appears during the preliminary hearing. Shapiro doesn’t notice because he’s concerned with building enough of a case for a settlement. But Cochran sees a chance for victory and knows how important perception will be in the courtroom to jurors, reporters and onlookers. He gives Simpson a pep talk, appealing to his ego and talking about how his football success inspires people. (It’s great work by Vance, who may be the standout of this series.) That compels Simpson to fight, to put on the defiant, happy face we came to know so well.

Most importantly, Cochran has won the trust of everyone involved with the defense. Bailey and Robert Kardashian (David Schwimmer) see that Shapiro is far too concerned with his own reputation and perception, rather than serving the best needs of his client. A black man has to be the one to claim racial persecution to the press, to argue for it (in “downtown dialect,” as Bailey puts it) in front of a jury. Everyone else on the team, including Alan Dershowitz (Evan Handler) and Barry Scheck (Rob Morrow), agrees.

Simpson was initially reluctant to playing the race card, believing he was beyond black, but even he can see (albeit with some persuasion) that Cochran can best open the hole for Simpson to run through. He eventually makes the call to move Cochran to lead attorney. Blinded by arrogance, Shapiro fails to see the coup coming and is dethroned while taking a vacation to Hawaii. With that, the prosecution’s last and best chance at victory is sent to the sidelines.