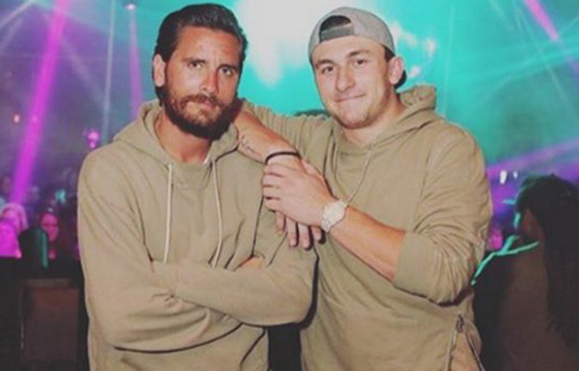 Sports and fashion are two explosive worlds that have increasingly embraced one another with each passing week. The blossoming romance is akin to the unbreakable bond between Kramer and Newman. They go hand in hand. It works for the players, it works for the brands, and most of the time it even works for the fans.

What true naturals like Joe Namath sparked simply by going with their instincts has evolved into a giant publicity spectacle, which often leads to various endorsements from brands looking to move that all-important needle. And that’s when things inevitably snowball into an attention-forced abyss, like the time Rajon Rondo wore whatever the hell this is, or when Allen Iverson threw on a Cookie Monster suit. 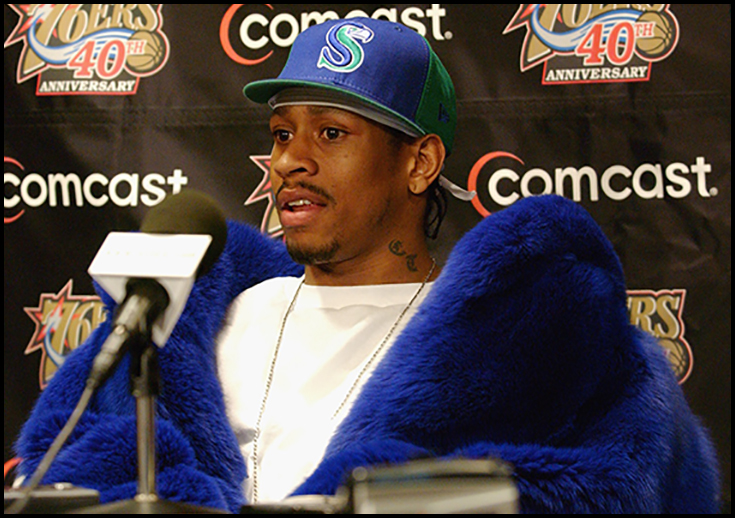 After all, the guy did play with cookie aficionado Dikembe Mutombo.

But then there’s all of those reliable fans, who — while frequently clamoring for the camera — never bow to the whims of snooty, highbrow fashionistas. What they do bring is a unique, expressive element of their own choosing, and one that usually coincides with just how bad or good their team is performing.

The man walked into Oracle Arena with a cane. Not because he has a bad hip, but because he’s Prince. And you know what? He pulled it off like he were simply wearing a t-shirt and jeans. That, folks, is a gift.

Unreal. The bar has been set high, folks. VERY. HIGH. Best of luck to all other participants.

Kuchar from halfcourt and @StephenCurry30 at Augusta National?

Steph Curry looks fashionable for a day of golf at Augusta National, but more importantly: Is that Matt Kucher wearing designer jeans? Holy crap. As Kevin Garnett once screamed, ANYTHING IS POSSIBLE!

This is the best fan move of the week. A cool looking Flyers hat to go along with the unapologetic devouring of a pizza slice bigger than an official NHL goal net. This is just about as fine as a fan moment can get. And, according to my secret source, that enormous slice allegedly weighs more Muggsy Bogues seated atop Spud Webb’s shoulders.

I tend to mock khakis quite a bit — mostly since Eli and Peyton can’t get enough of them — so it makes sense that Pey-Pey chose to wear them for his bonding time with Tiger Woods. And really, there’s nothing wrong with the look, especially for a round of golf, but I’m almost positive the only casual pants that Peyton Manning owns are khakis. A giant, walk-in closet filled with khakis and only khakis.

Aaron Rodgers, who battled all season long with his fashion identity, has finally found himself in the offseason. And for that, I’m now officially at ease. Casual, but effective. Cheers, buddy.

Matching sweatshirts with Scott Disick in a Vegas nightclub? Words, there are NONE. But I still believe Johnny belongs in the Browns ring of honor; assuming they have one.

This is one of those moments where a person says “to each, his own.” But a lofty tip of the hat to Jared Allen, who called it quits last week. Great career, awful attire.

Evander Kaner is a left winder for the Buffalo Sabres and, gasp, actually cares what he looks like. Take notice, NHL. Not that the NHL would ever take notice. Have you seen Gary Bettman? He looks like a man desperately trying to channel The Count from Sesame Street.

P.J. Rose has officially upstaged his famous father Derrick, and — as noted previously — he’s just three years old. Seriously, look at this kid. A fashionable sweater to go along with designer jeans and a pair of sneakers that probably cost $350. As far as I’m concerned, this kid owns Chicago.

This photo somehow made its way into my Twitter timeline and I never would’ve guessed that professional dart players (darters?) were so badass in their visual presentation. A+ for effort, D- for mixing 103 different styles into what is essentially supposed to be, one style.

I honestly feel like Dwight Howard is the loneliest millionaire in the world, one who has absolutely how unpopular he is among his peers and fans across the board. Ignorance is bliss. And, well, look at that smile. The dude’s happy. Nonetheless, I agree with Dekker in that this is one of the best senior year pictures ever taken of a 30-year-old man.

This is the company I keep on weekends. @TheRealVirgil pic.twitter.com/9U7q09ote4

Ted DiBiase’s former bodyguard, Virgil — who has an “interesting” presence on Twitter — hanging out with a little person in a BeetleJuice costume? But of course! We need this kind of accidental art on a weekly basis. (Ed note: that’s Dink the Clown, who played sidekick to Doink the Clown in WWF in the 1990s, Tim. Interestingly, Dink’s real name has another sports connection: Claude Giroux. Maybe HE can score a power play goal.)

11 one-putts and a hole-out from the fringe.

Nice, clean look from Rory McIlroy. Nike knows what its doing. Not overstated, which by default, makes a nice statement. Because all eyes gravitate toward the shoes and, suddenly, I’m looking up “Nike Golf Shoes” on Amazon. Mission accomplished. Phil Knight is an evil genius.

A very enthused Capitals fan had center Michael Latta’s face draped over his entire upper body. And while such a thought might sound ridiculous, this shirt is equal parts ridiculous and tremendous. It all comes down to the expressions. Both of them.

Same guy, but now with defenseman Nate Schmidt’s face adorning his chest. And a hashtag to boot. While I remain terrified of this man’s fashion sensibilities and what his daily activities might entail, I cannot hate on the spirit. Well done.

At NFL agent Joe Linta's @UnitedWay event in CT. Which signed jersey should I bid on in auction? Both sweet. pic.twitter.com/0TGsIhh4dz

This is very simple: While the Houston Oilers shamefully became the Houston Texans, that doesn’t mean they can’t go back to the old color scheme. Just a glimpse of those old jerseys makes me want to buy a Warren Moon No. 1, preferably the blue version, right now.

The sneaker game continues to evolve at a feverish pace. Hell, I’ve been buying up varying color schemes of the original Jordans at a scary pace, but this pair feels like they caught up with the pace of the race, and then blatantly tripped EVERYONE in the entire race. Do. Not. Like.

This is a real thing. Why did nobody tell me about this? pic.twitter.com/sg4YXJho4c

This qualifies as “fashion” because there’s a soda somewhere in San Antonio that’s celebrating Matt Bonner. [Please read that sentence again.] What I love most is the realistic Spurs jersey. Come on, man. If you’re gonna pony up to produce soda bottles that celebrate Matt freakin’ Bonner, at least give us Matt Bonner in true Spurs form. Having said that, this idea is nothing short of glorious and I’m ashamed there isn’t one sitting in my fridge.

"That was one of the best efforts we've had as a group defensively." – @Yg_Trece pic.twitter.com/sRc2aFdhsz

Check out that tie knot at bottom right! This dude is on point. Enes Kanter is basically trolling Russell Westbrook by dressing so professionally and I love it. Because it probably means Russ will arrive to the arena wearing a cape by next Tuesday; at the latest.

This is the easily the most spirited item — including humans — to sit in Carmelo Anthony’s locker all season long. And quite fashionable, I might add. It’s also worth noting that jersey has no chance in hell to hang in that space without sporting the Jumpman logo. #Branding #LetsGoKnicks

No one is having more fun this season than Draymond Green. God bless him. But, to be a critical dick, I’m not so sure about those sunglasses.

Bill Walton became stylish by lacking any semblance of appealing style. That’s just one of many reasons he’s a living legend.

Did a vengeful bird shit on Clyde Frazier’s tie? My sources are offering me an emphatic, Marv Albert YESSSSSSSS!

Stay away, Rihanna. Stay far, far away. NBA fans have records to worry about. Love the skit jacket inside an NBA arena, though.

Bud Collins, sir, you are already greatly missed and for reasons that obviously go well beyond those hypnotizing pants. A larger than life personality. And really, such a feat is a victory all by itself. RIP.