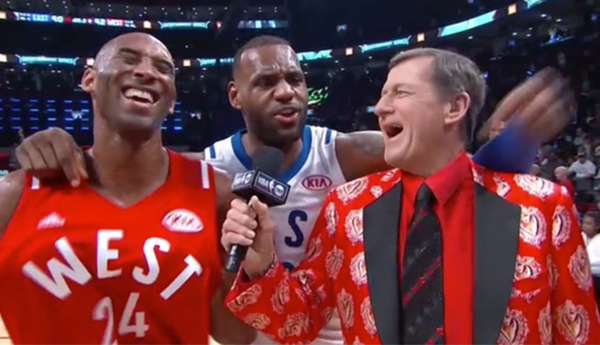 Sports and fashion are two explosive worlds that have increasingly embraced one another with each passing week. The blossoming romance is akin to the unbreakable bond between Mutombo and cookies. They go hand in hand. It works for the players, it works for the brands, and most of the time it even works for the fans.

What true naturals like Joe Namath thought was simply “lookin’ smooth” has turned into a giant publicity spectacle, which often leads to various endorsements from brands looking to move that all-important needle. And that’s when things inevitably snowball into an attention-forced abyss, like Von Miller’s furriest choices in headgear, or when Johnny Manziel channeled a medicore, chippy copywriter from Mad Men. 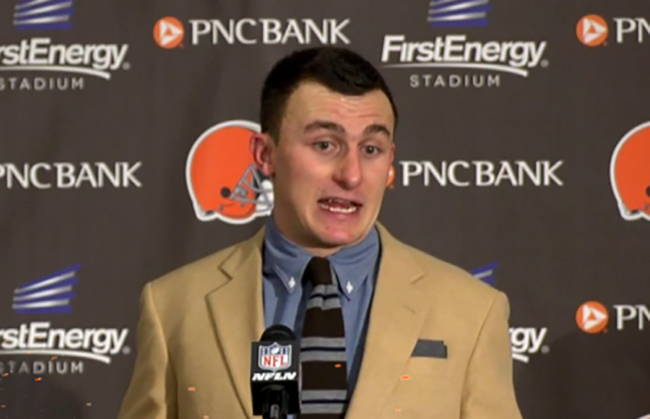 And thast — coupled with athletes, media personalities, and even spirited mascots — is what this very space is here to embrace.

This week’s edition pays lofty tribute to the visually, and at times, confusing world that IS the National Basketball Association

Well, this is downright adorable. And is ‘Lil Chris kidding me with those pants? Holy crap. Kid is a fashion-forward genius.

Really, dude? REALLY? You’re better than this. Or are you?

"Wait. I'm trippin. I got weed at the crib." https://t.co/ZRwgNCGEGi

So presidential. There isn’t one thing — seriously, NOTHING! — that this man doesn’t get right. I truly love the guy. It’s beyond refreshing to witness in an otherwise otherwise batch of stooges. Candor is key, folks.

As Omar aptly said, you come at the king, you best not miss.

What are you talking about dad? P.J. Rose, 3 sitting with his dad #ChicagoBulls Derrick Rose pic.twitter.com/9T533RBiFw

I can’t stop loving the hell out of this photo so, yeah, it’s gonna be here every week. I mean, come on, look at that kid’s face! To say it’s endearing would hardly do it justice.

The freeze-frame kinda says it all here, but Odell’s hair deserves some kind of award. Like, four of them.

West #24 hangs in the locker one last time #NBAAllStarTO pic.twitter.com/Rq9FxmtUMp

This jacket wins the world. Hey, ‘ya gotta win at something. Whatever works.

Bill Murray takes his love of the Cubs to the links at Pebble Beach. https://t.co/3T1jfbPmUC pic.twitter.com/O26lws3zAj

This man is a beautiful kind of insane.

No doubt in my mind Draymond got some Crown Royal tucked in his coat pocket. pic.twitter.com/OyBmkdYSMs

Simply put, this man is a hero and I would very much like to borrow that jacket sooner than later.