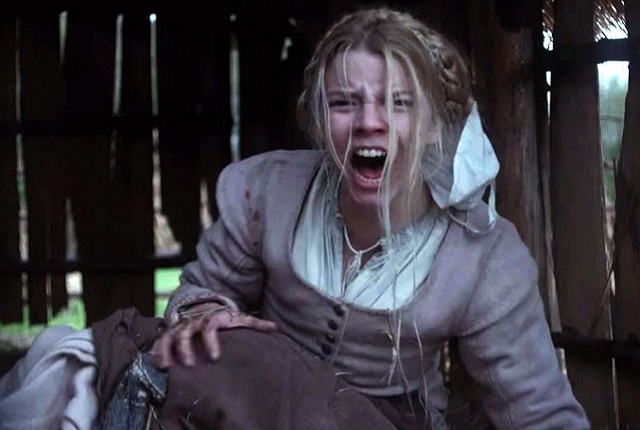 The Witch could be an interesting test case for film production company A24 (which has developed and distributed some really intriguing movies over the past two years, such as Under the Skin, Ex Machina, Amy and Best Picture nominee Room).

What was produced as a smaller, indie-type horror film is getting a huge release based on critical acclaim and advance buzz coming out of the Sundance and Toronto Film Festivals last year. Could that adversely affect expectations for the movie?

Granted, that has little to do with whether or not the film is good or not. But I do wonder if larger mainstream audiences hearing about a horror film and accustomed to recent fare like the Paranormal Activity series, The Conjuring and Insidious will respond to a quieter, more natural sort of terror that doesn’t rely on jump scares, monsters coming out of the dark and shrieking violins or horns to unsettling viewers.

Those who prefer sinking into their seats, clutching a companion or tensing up in anticipation of a big scare may be disappointed by The Witch. The dread that director Robert Eggers pursues here is of a far different sort, taking advantage of viewers’ imagination, what they might think they see versus what’s actually presented on screen. Even if you’re not jolted out of your seat or provoked to scream, you may still find yourself bracing yourself in anticipation of something terrible about to happen. By the last quarter of the film, the entire experience has become deeply unsettling.

After viewing the trailer or other clips that have been posted online, some might think that they’ll know what’s coming if the film is dealing with the supernatural, otherworldly or demonic forces and possible possession. But The Witch doesn’t deal in bodies twisting and contorting into crab walks on the ceiling, heads turning 180 or 360 degrees, eyes turning completely black and guttural voices emanating from innocent faces. As creepy as those things can be, they’ve also become kind of predictable at this point. Again, Eggers seems more interested in playing with those ideas and how those tropes have conditioned us over the past 10 to 15 years.

The story takes place in 1630 and begins with a man and his family being exiled from their Puritan community, presumably over a deep, fundamental disagreement over religious beliefs. William (Ralph Ineson) then takes his wife and five children to settle further out in the New England country where they build a farm on the edge of a forest. One big problem: William’s not very good at farming. The corn he’s grown is largely black and rotten. Of course, we soon learn that other forces could be influencing that bad harvest.

Of far more pressing concern is the disappearance of the family’s infant, who was in the care of teenage daughter Thomasin (Anya Taylor-Joy). Completely fresh-faced, innocent and ripe against all of the grey, dreary scenery, Thomasin loses her baby brother in an instant during a game of peek-a-boo. But no animal or person could have snatched a baby away so quickly without noise or incident. The forest is at least 50 yards away, though those trees, shadows and light winds suddenly seem haunting, perhaps even taunting. 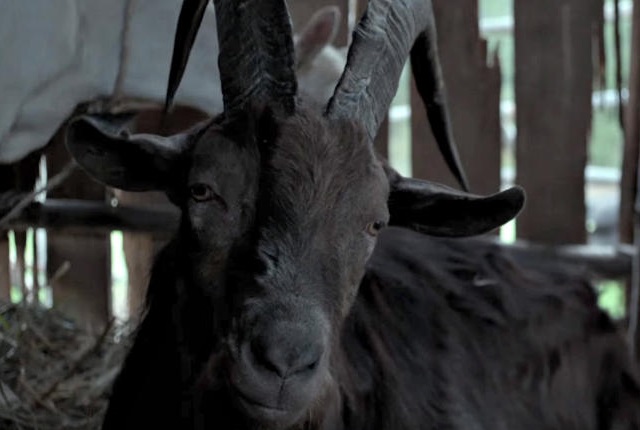 The story quickly shows us that the baby hasn’t been taken to some other realm or another plane of existence. Nope, an old hag has taken that infant deep into the forest and soon does something absolutely terrible to it, the sort of ritual that has to be a paean to a deeply sinister entity or key to dark immortality. It’s possible that the fate of the baby and the witch responsible for it is imagined by Thomasin and her family. But it’s far more likely that the baby was taken away by a witch and turned into a satanic skin care product.

Relationships between every member of the family were surely beginning to deteriorate once, if not before, William got them kicked out of their plantation settlement. Thomasin is a young woman who probably feels increasingly restricted by her parents’ Puritanical beliefs. Her younger brother Caleb (Harvey Scrimshaw) sees his sister developing and, well, shouldn’t be looking where he’s looking. The two youngest siblings are brats who really need a community of playmates to develop social interaction.

But the matriarch of the family, Katherine (Kate Dickie) fosters mistrust and disdain for the daughter that lost their baby. She also resents her husband for causing their exile, in addition to being a poor farmer and hunter that can take care of his family. Hey, it’s fine that you moved us into the country, but could you at least make sure we can actually live out here with, you know, actual outdoor skills? Whether these growing hostilities are directly influenced by the otherworldly forces surrounding the farm or a by-product of the abduction that cultivated these familial divisions soon becomes an irrelevant question. Something is definitely going on out there and in here; it’s just a question of who opened that dark door and let the evil in. 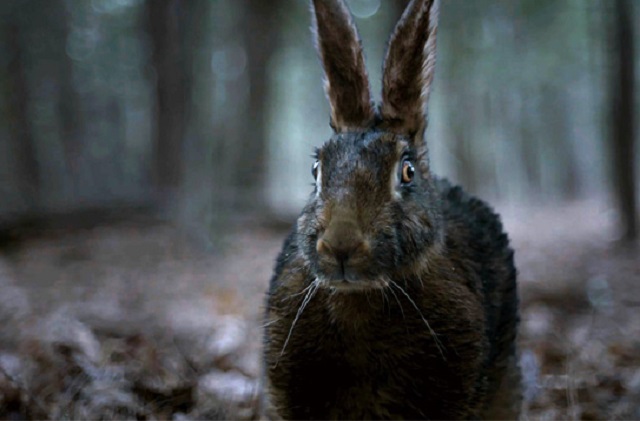 Speaking of whatever let the evil in, it’s probably not a good idea to approach or keep animals that don’t typically have dark fur, such as rabbits and billy goats, because they’re almost certainly the product of witchcraft. Rabbits and goats have never been so disturbing and you may never look at these creatures the same way again. (The rabbits that typically hop around outside my house have light brown or grey-ish fur and don’t just sit there and stare at me with foreboding eyes. But I’ll be watching more closely from now on. Especially if a younger member of my family disappears into the woods.)

I do think there’s a chance that some moviegoers will see The Witch and be underwhelmed. Where are the scares? What’s the big deal? (This could be especially true when watching the movie at home, where comforts and distractions could insulate a viewer from quiet terror. It’s far different in a dark theater with a big screen filling most of your vision.)

The Witch opens itself up to many interpretations, which will make this movie engaging to some. Is this more about religious intolerance? Or the cost of an unyielding worldview when that world demonstrates that it doesn’t fit into your narrow box? Maybe it’s about dark fantasies and wishes letting evil forces take over. Perhaps all or none of these questions and theories apply.

But to others, it might just be boring. Scare me. Just tell me what’s going on. And scare me. I wasn’t on board for approximately two-thirds of the film, though the imagery is beautiful and the setting feels completely authentic. But once the story finally picks up and turns the levels up to 11, it became gripping. I don’t foresee a cultural phenomenon here, but it’s an unnerving way to spend 90 minutes.

2 thoughts on “The Witch unnerves with quiet terror, but could bore those looking for scares”