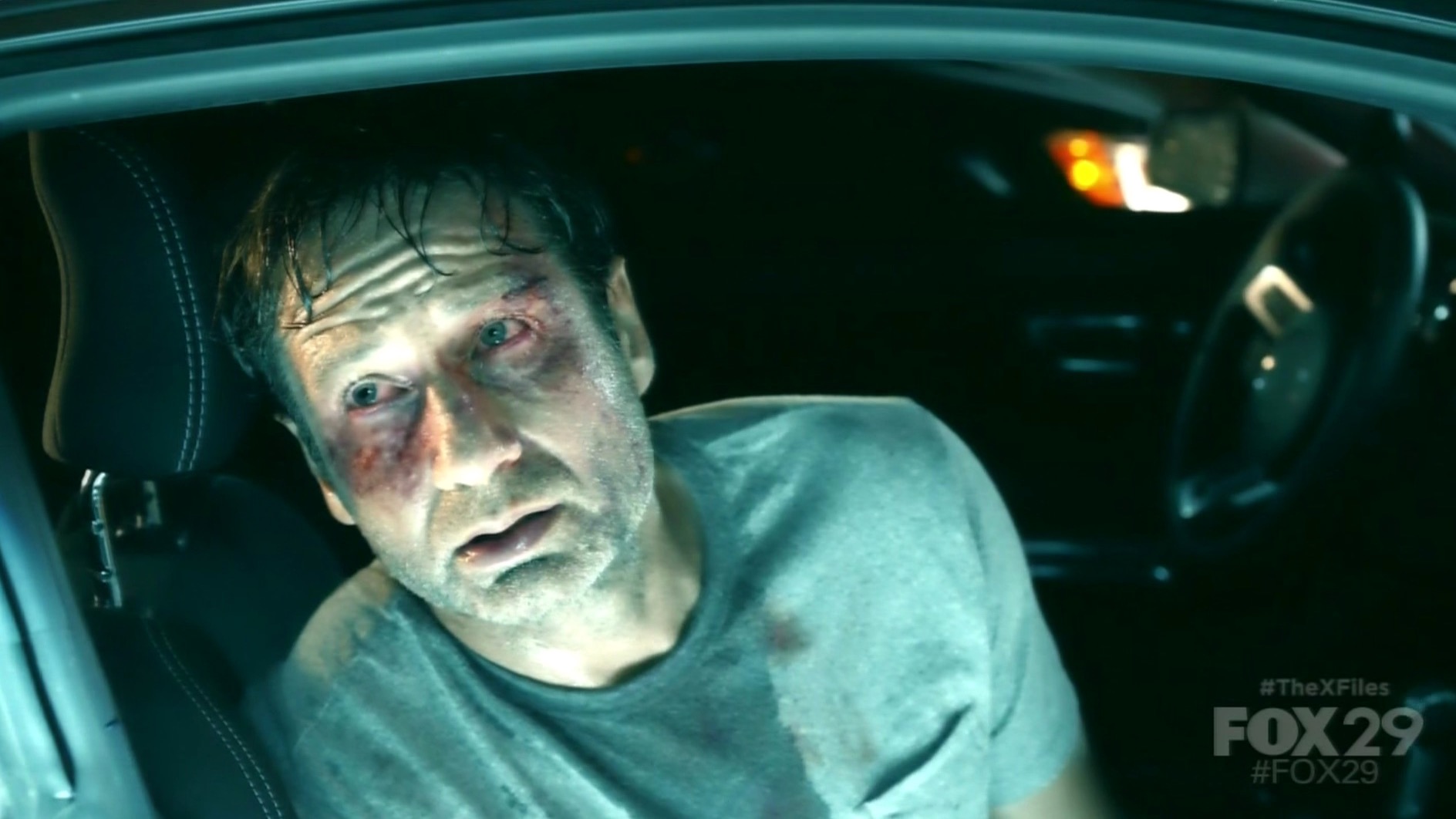 The truth of whether or not we will see more than these six episodes of The X-Files is out there.

The truth of whether or not we should, is clear.

“There’s a lot of things that aren’t conducive to a long running or even one more year of a running, multiple-episode TV show in the mix. So there would have to be some pretty extraordinary circumstances,” Gillian Anderson told Rolling Stone in an interview published after Monday’s finale.

“But maybe. Maybe the success that we’ve had thus far with the six episodes is enough for extraordinary circumstances to present themselves. You never know.”

No, we know. And if that’s the best Chris Carter can do, we’re good with just the six.

The thing about The X-Files when it first ran back in the late 1990s and early aughts is that it was not only cutting edge in terms of presenting tales of the paranormal and occult, but the combination of science fiction with wonderful plot development and excellent dialog—for the time—made the characters whole, and made viewers care deeply about Agent Fox Mulder and Agent Dana Scully, and their search for the truth.

This version of Mulder and Scully came off as two actors who spent the last decade and a half trying to convince us they shouldn’t be typecast as the very characters they were brought back to play. And that’s totally Carter’s fault.

There were some high points in the six-episode miniseries for sure. The episode with the were-monster was hilarious, and one of the typical madcap old X-Files episodes they would throw in every so often to make us realize that science fiction could be fun, and that aliens coming to abduct us and enslave the planet doesn’t always make for good TV week after week.

“Home Again,” where Scully loses her mother, was a wonderfully acted and directed episode, and even the second episode dealing with children who could control other people’s minds—another throw-back style episode to the one-off cases Mulder and Scully used to tackle—was well paced and interesting.

It’s important to point out that those episodes were co-written and directed by Darin Morgan, Glen Morgan and James Wong, respectively.

The other three episodes, including the premiere—the one that nearly turned everyone off to the revival in the first place—and the finale—which is, truly, one of the worst hours of television for once a good show in the last 15 years—were written and directed by Chris Carter.

With this reboot, Carter proved himself to be the George Lucas of television, someone who had a once great idea but was incapable of writing dialog that any normal human would speak, ruining what should have been a wonderful experiment in the process.

Honestly, watch the third episode and sixth episode back-to-back, and tell me those are the same characters. Watch Scully mourn the loss of her mother in episode four, then listen to the wooden cross talk between Scully and literally anyone else in the finale and you can see how Carter conspired to ruin his own characters, simply by bringing them back.

“You don’t understand,” Scully said at one point, breathlessly, “Anthrax is the canary in the coal mine. It’s a harbinger of infections to come.”

Rolling Stone asked Anderson how she would have handled the show if she were in charge.

“If I had been at the helm, I would’ve said ‘We were at the forefront of television back then. We should begin the next wave.’ I say that not knowing what that would be, or even what that would look like.

It was Simon Pegg who said to me, ‘That is not what the fans want. They want exactly what you gave them before.’ And lo and behold, that’s exactly what Chris did, because he knows these things and I don’t [laughs].

Dammit, Pegg. Fans may have wanted what we had before, but this wasn’t it. 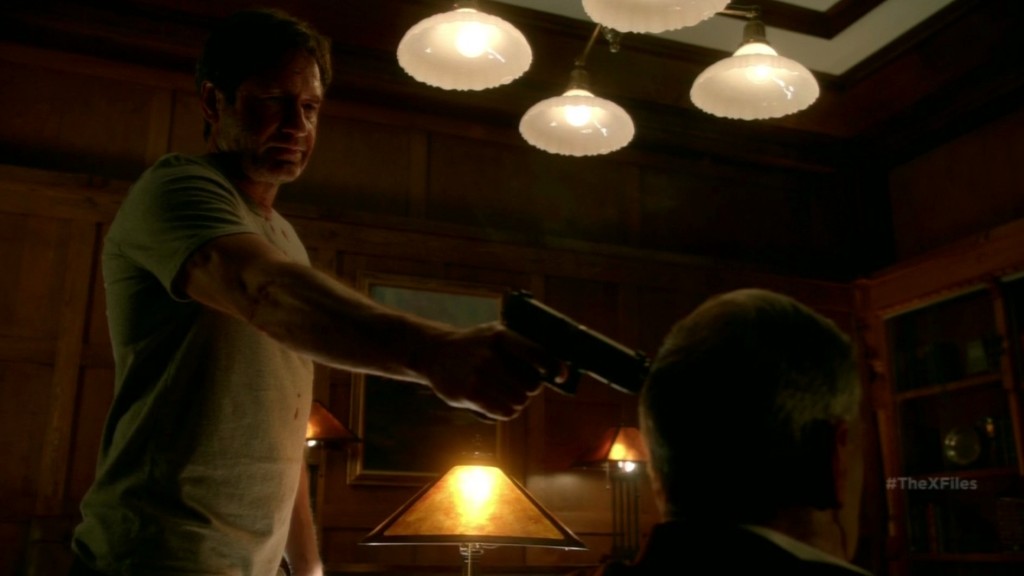 Roughly halfway through the finale, Mulder finally came face to face with the Smoking Man—the man who unleashed some type of biological warfare that will eradicate the Earth of every human who doesn’t have alien DNA inside them (yep, that’s the storyline)—the exchange went like this:

Mulder: You sent for me. I’m here.

Smoking Man: This is so unnecessary, Fox.

(Let me pause there to giggle at the subtle meta-commentary that line of dialog is to the network that decided to bring back the show.)

Mulder: I don’t come when you call.

Smoking Man: I’ve controlled you since before you knew I existed.

Smoking Man: The world crumbling around us?

Mulder: You set this in motion. Now you’re going to put a stop to it.

Smoking Man: It’s far too late for that, Fox. Too late for your heroics, or mine.

Mulder: I don’t believe you. 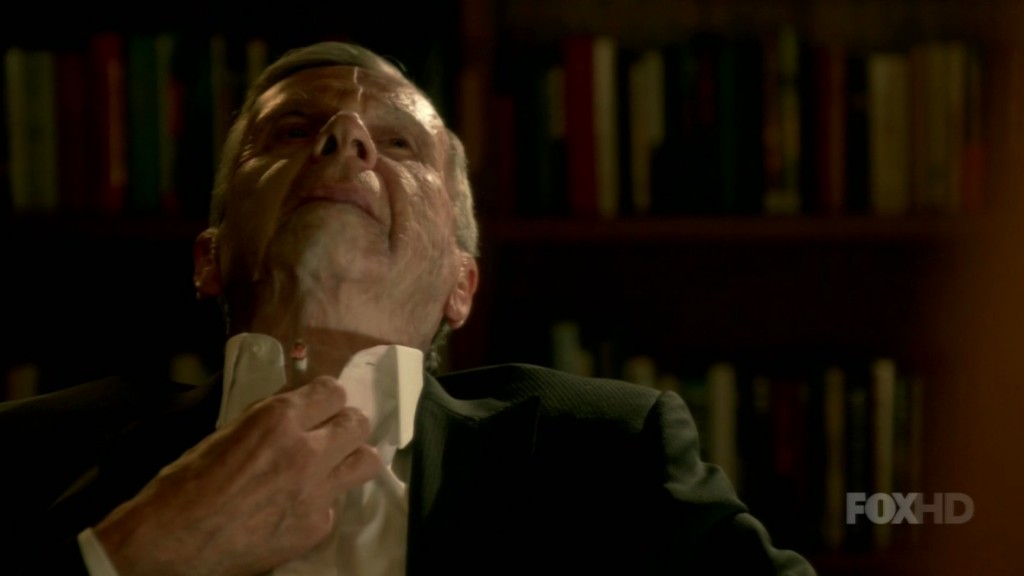 It was exactly as hackneyed and lifeless as it reads. And then the episode got worse.

Carter was obsessed in the first and last episodes with diatribe after diatribe of life’s unexplainable conspiracies, eschewing good dialog for overwrought speeches written the way no actual human person would ever say them.

“I didn’t set out to destroy the world, Mulder,” the Smoking Man continued after some yelling about sickness and something else feigning intensity and drama. “People did.”

“We have just had the hottest year on record on planet earth. I didn’t do that. I’m not responsible for the 40 percent loss of bird life or the decimation of the megafauna—”

“So just murder all the people!?” Mulder yelled in response.

Sometimes I think Carter actually believes that, and honestly even if it were true and aliens have been controlling our government for years (hell, it would explain this election cycle), it would be far more believable and entertaining if Carter wasn’t the one writing about it. 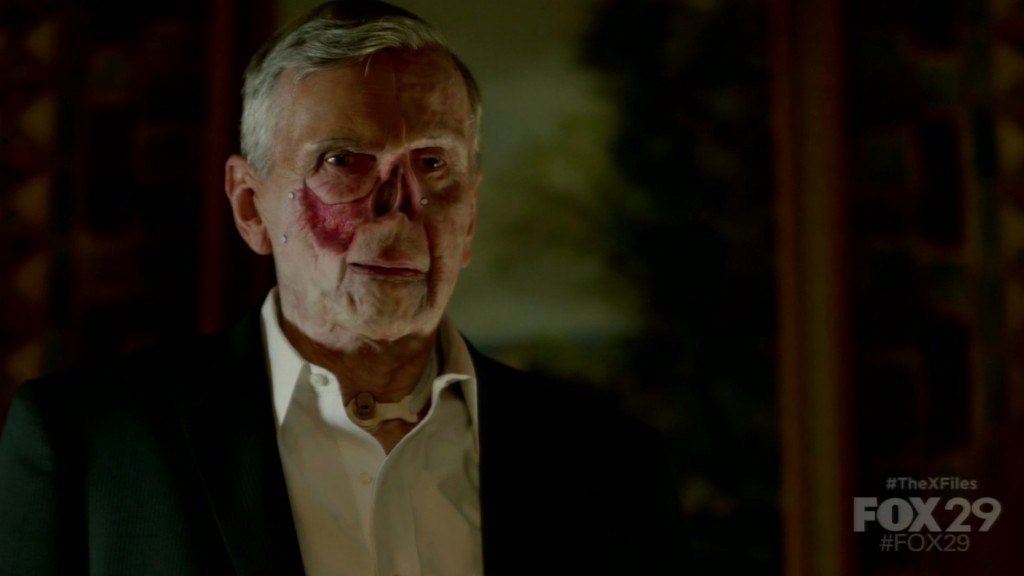 The show ends on a cliffhanger and if you care to watch it, I won’t ruin that for you. No, I will, because it’s important to the overall point. Mulder and Scully had a kid and that kid, while never seen on this six-episode arc, was talked about constantly, even to the very end.

Scully thinks she can save the world, because her blood enabled her to create a vaccine for this toxin that is killing everyone. Only, she didn’t help administer the vaccine to and with the people she’s been working alongside at her hospital for the last 14 years; brilliant minds who can help her spread the vaccine and save millions of people. Instead, she books it in a car she found on the street through insane traffic to find Mulder, who is being brought back to Washington, D.C. from South Carolina by “Agent Miller,” the Fox Mulder of this generation to play foil to “Agent Einstein,” who was the doppleganger of Scully, right down to the red hair. 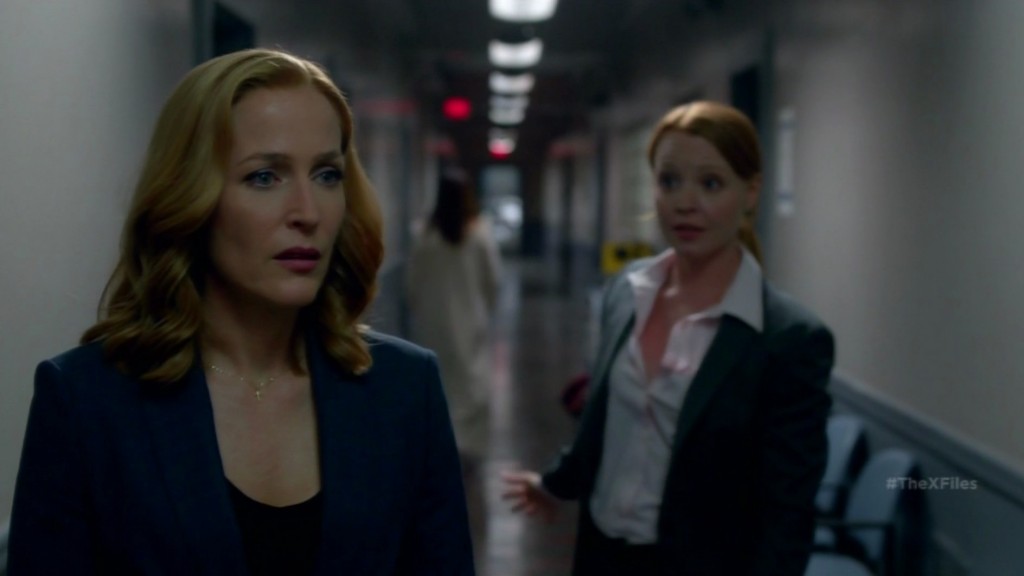 Forget about the time issues—it would take about seven hours to get from where Mulder was to where Scully is—but somehow Scully is able to stop a riot on the street by yelling at masked vigilantes before finding Mulder and Miller on a bridge, ready to save one man instead of an entire city of people she could have saved in the time it took her to get to that one man with this vaccine she created from her own part alien blood and, welp, it turns out he’s too far along, so they now need to find their son who they gave up for adoption to protect him because Scully is sure he’s not sick and he’ll have stem cells—politics to the very end, Carter—to save Mulder’s life.

And he’ll be willing to share those with his biological father he doesn’t know because that man is dying, along with everyone else in the world which probably includes their sons friends and family. And all of this will happen before Mulder actually dies, which looks imminent.

Then a light shines really bright from the sky and the show ends. Hopefully forever. 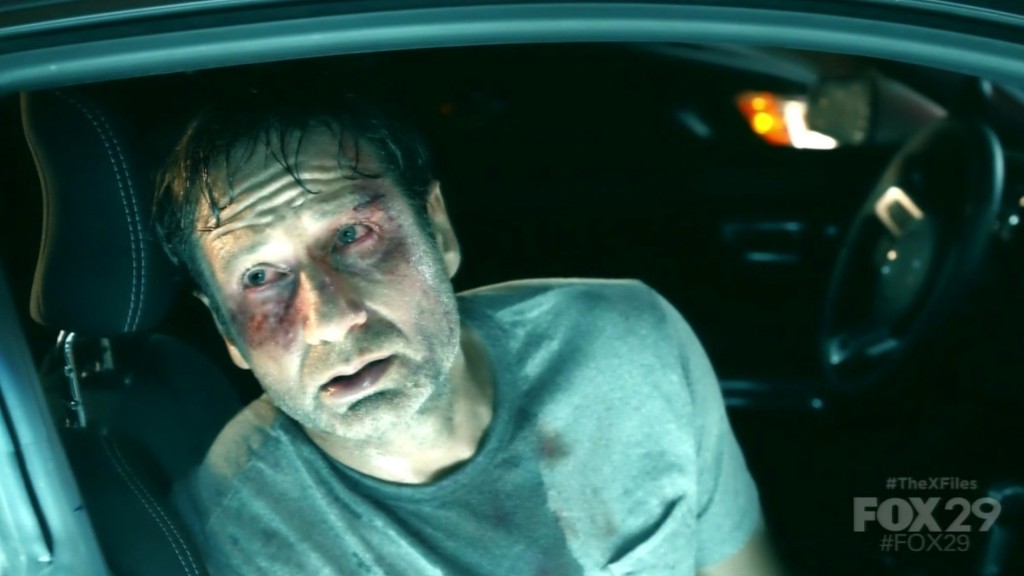 Wait, I take that back.

If The X-Files comes back with a rebooted format and Agents Miller and Einstein, played by Robbie Amell of The Flash fame and Lauren Ambrose of Six Feet Under, Torchwood and about 50 other shows as the stars, then this new iteration of The X-Files could really work.

Make those characters three-dimensional and, shoot, give them first names, maybe, and there’s a show there.

Just not if Carter is calling the shots. Let him executive produce and put his name all over it and for the love of aliens and all things celestial never let him write another episode of this show ever again.

If the truth is out there, it’s this: bringing back The X-Files was a good idea, but this finale was bad, and if there is a next season, it probably won’t be any better. Not if Carter is writing it.