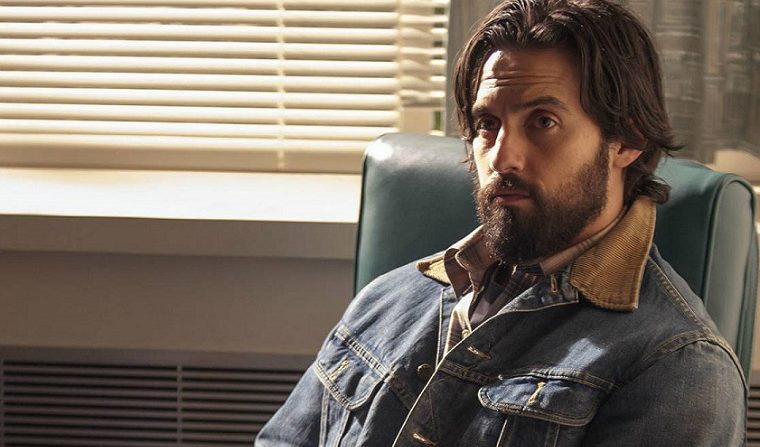 *SPOILER ALERT!* This is a spoiler-filled post discussing the episode of This Is Us that aired after we saw Tom Brady actually age in the Super Bowl. If you don’t want to know how Jack Pearson died, click elsewhere now.

All right. So. That’s what happened.

Here’s the thing: the actual why and how of Jack Pearson’s death has never been particularly compelling. We all know he’s dead. It’s the given of this show. It’s the impact of his death that matters. It’s clearly screwed up Kate and Kevin. (Randall is the only fully-actualized grown-ass adult on this show. Along with his wife. I want to rename the show “This Is Randall and Beth and the annoying white people.”)

The reverberations of this man are what matter, not his demise. In understanding that, I’ve been toe-tapping impatiently wanting to get to the answer so that we could MOVE ON from it.

The previous episode of the show gave us pretty big pieces of the Jack death “mystery.” It did that thing where we think we’re in one story (Jack is going to buy the guy from Rescue Me’s house & remodel it for his Big Three company!) only to find out we’re in another (he’s already Jack’s neighbor!) and the man in that story gifts the Pearsons with his wonky crockpot. (Leading to people throwing out their crockpots and Crock-Pot needing to START a social media account to tell people it wouldn’t catch on fire. Sigh.)

Along with the already-projected forgotten battery purchase for the smoke alarm and long-ago-seen burnt-down house, unless you have the deductive reasoning of a toddler, it wasn’t difficult to figure out where this was going.

And yet. The show still felt the need to head-fake the audience once more on Jack’s death. Jack runs back into the house to rescue Kate’s dog (which we already knew lived) and… comes back out with the family photo-albums too. He’s survived!

WHY?! Why do this to the audience? It’s not even meta. Even the future versions of the characters already know Jack is dead. There is NO WAY Jack doesn’t die on this day. I suppose it’s somewhat nicer to not have Jack die by fire, which seems like an awful way to go, but it just felt like an unnecessary prolonging. And it sure doesn’t mean Kate and Kevin are any less self-flagellating about Jack’s death because it wasn’t in the fire.

We now know that Jack’s death was the result of smoke inhalation leading to too much strain on his heart. I have some questions about the medical care he received. Why wasn’t the ambulance adamant about taking him to the hospital? Isn’t that their function? Surely, the ambulance and firefighters would have been familiar with the not-immediate effects of smoke inhalation and been more cautious than just “Sure, whenever you get there, that’s fine”? (I won’t even get into the woeful response time of the local fire department or the fact that the Pearsons must have the least nosy neighbors ever.)

The doctor didn’t seem overly concerned either. I don’t even seem to recall Jack being on oxygen at the hospital. Shouldn’t that have been protocol? I’m clearly not a firefighter or a doctor, but everyone seemed rather cavalier about Jack’s health, for a guy who just ran through a fully-engulfed-in-flames house to save a dog we’ve seen four times and a bunch of photo albums.

(Aside about the photo albums: the fire starts in the kitchen downstairs and somehow the photo albums aren’t singed at all? Were they magic photo albums? That dog is also awfully chill and unharmed for being in a completely ON FIRE house.)

The medical care just seemed lacking for the seriousness of the event.

The scene around Jack’s actual death plays out in horror-movie fashion as Rebecca, oblivious, calls the kids and gets a candy bar as the audience can see the sudden rush going on behind her. We scream “TURN AROUND!” at the TV, as if Jason has a chainsaw. But she never does. Jack’s fine. She’s exhausted and hungry and explaining her need to go to a hotel yet again. When the doctor comes to tell her, she’s in rightful disbelief.

The bite of the candybar and the incredulousness are perfect. And when we see Rebecca understand the reality of this situation, even if a rather sterile scene (Where was the crash cart? Why wasn’t he wheeled into surgery? Why didn’t they do CPR for hours? This is not going like it would have at Seattle-Grace!), the breakdown feels real and authentic. This is Rebecca’s world shattering. (Probably not helped by the doctor describing to her that this is a “widowmaker” heart attack. Maybe use another turn of phrase to the NEWLY-MINTED WIDOW?!)

But in Rebecca fashion, she gives a speech about needing to be strong and goes and tells her kids. And I appreciate that she needs to be strong. But what she should have done was get those fragile Pearson kids in some damn therapy.

To be fair, we don’t know if she did that, the kids at ages 17-37 are currently a bit of a mystery, with one look-in at 27. But I would hope that if Kate and Kevin had some intensive grief therapy, they wouldn’t be so damn narcissistic. Kate’s 20 years of whining about how she killed her father seems utterly infantile. I have no sympathy for this.

Maybe I’m a monster to not understand Kate’s guilt. Maybe it makes sense to the rest of you. But while I could absolutely see being sad and can see feeling somewhat responsible for some period of time, I don’t get the insistence that this is your burden. By the time you’re 37 (and I’m the same age as the Pearson kids), you should be able to say, “My stubborn dad made his own decisions and did his own thing and this was the result and I couldn’t have stopped him or changed him even if I had wanted to.”

SHE TELLS A STORY ABOUT HER DAD’S STUBBORNNESS AND STILL DOESN’T UNDERSTAND HOW THIS IS NOT HER FAULT! Kate, sweetie, this is not about you.

My mom died 10 years ago, unexpectedly. It’s the hinge upon which my life swings. Jack’s death is the Pearson hinge. We look back. We move forward. That’s our collective journey. Sad? Yes. But when you look through a wide enough lens – it’s also outrageously beautiful. #ThisIsUs

This is what leads me to believe that Rebecca didn’t throw these kids in therapy for their grief, but instead did the WASPY thing and was just “strong” for them, doing Kate and Kevin a disservice. Randall seems to have thrived in spite of the Pearson need to buck up. I mean, obviously he has his issues too. But he also has a thriving family and can see beyond himself.

And about that: I don’t know about you, but Jack Pearson dying (which we all knew was going to happen!) is not what tugs at my heartstrings about this show. It’s all the little moments, most of which are of Randall becoming an even better and more fully actualized person. Yes, Jack dying was the big thing of the episode. Randall telling Tess that no matter what change may come to their family, she will always be his number one, is where the show gets you.

Then when you see the final head-fake of the episode, the one where you’ve been led to believe all along that Randall, et al, are getting a new foster child, you instead learn that it’s a grown Tess helping kids find foster homes as a career, that’s where the waterworks set in.

So now that Jack is dead and we know the how of it, can we see the Pearson kids actually deal with it? Can we see Kate figure out this isn’t about her? Can Kevin stop avoiding dealing with this pain by getting blackout drunk and sleeping with the hottest available model? (BTW: WHO TELLS THEIR MOM THAT?!) Can we get some personal growth from those two? Or else I’m going to start fast-forwarding through their parts and instead just watch “This is Randall & Beth.”