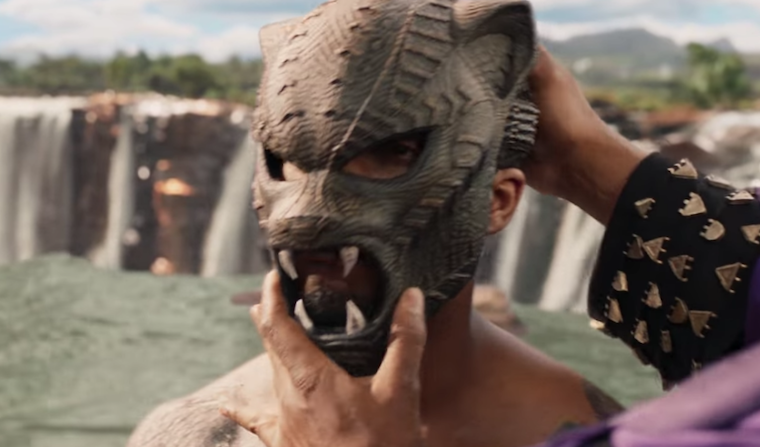 Trailers! We love ’em here at The Comeback. Sometimes, they’re better than the movies or TV shows they’re intended to promote. But they can be an art form all by themselves.

We try to cover the best of them, big and small, during any given week. But we can’t always get to all of them, especially if a big release overshadows everything else, among the week’s sports and culture news.

The second week of January gave us plenty to enjoy. We get one more look at Marvel’s Black Panther, the Pied Piper crew returns without Erlich Bachman, Jennifer Lawrence is a lethal Russian spy and Bruce Willis is out for revenge. Here are the best movie and TV trailers from the past seven days:

The final Black Panther trailer before the movie’s Feb. 16 premiere had a big stage during halftime of Monday’s college football national championship game. And the preview made a great impression for the large national TV audience. There wasn’t a whole lot of new footage for fans who have seen the previous two trailers for Black Panther.

But those who may have been introduced to Marvel’s newest film got a look at a James Bond-type of globe-hopping adventure largely set in the exotic, technologically advanced African nation of Wakanda with King T’Challa (Chadwick Boseman) defending his throne against aspiring usurper Erik Killmonger (Michael B. Jordan).

We’re at the point now where there’s nothing new to show without spoiling new footage and story developments for fans. It’s time to see this movie, and it’s one month away. How many of you have already purchased advance tickets?

The Comeback’s Sean Keeley already covered this in great detail, but Jennifer Lawrence’s upcoming action film, Red Sparrow, looks like the Black Widow movie that Marvel is only now getting around to developing.

Lawrence plays a young Russian woman taken away from her family to train as an elite spy and assassin, who eventually finds herself uncovering a deep government conspiracy which threatens her life. Substitute Lawrence for Scarlett Johansson and you’d have a Black Widow movie, although Red Sparrow seems a bit darker and more adult than Marvel might have gotten.

Netflix seems ideally suited for prestige sci-fi TV, with presumably bigger budgets than a broadcast or cable network can offer and limited runs that can utilize that money better for special effects and whatnot. Altered Carbon certainly looks promising, calling Blade Runner and Ghost in the Shell to mind with a futuristic story about people who can transfer their consciousness to new bodies if they have enough money to pay for the privilege.

Based on the trailer, viewers should have a complex, intriguing story to enjoy, in addition to some thrilling fight scenes. As a man brought back from death 250 years later to investigate a murder, Joel Kinnaman (The Killing) might have the showcase that he wasn’t able to find with RoboCop and Suicide Squad.

One reason that DC’s movies haven’t broken through with mainstream audiences like Marvel’s offerings have is the decision to go darker and less family-friendly with its characters and material. Batman v Superman just didn’t seem designed to appeal to kids the way that The Avengers did. But DC can somewhat make up for that with its animated offerings.

The Teen Titans Go! cartoon is as kid-friendly as it gets, directed at younger audiences, but including enough quips and references to also hook older viewers. The trailer for the feature-length theatrical Teen Titans Go to the Movies is steering toward that larger audience by referencing the breakout success of Wonder Woman and taking a swipe at Aquaman getting a live-action movie. (It’s too bad there wasn’t also a crack about how badly Cyborg was utilized in Justice League.)

But just in case you’re wondering who this movie is geared toward, there’s an extended fart joke. Yep.

Amazon’s reboot of The Tick had a fun debut last August, but it was curious that only six episodes were initially offered by the streaming network. It was a refreshing alternative to the largely serious storylines and characters currently seen on superhero TV, such as Arrow and The Flash.

But this trailer for the second half of The Tick‘s first season (with hopefully more to come) shows why Amazon may have held back with those second six episodes. The show may have needed time to work on what appears to be a greater number of special effects — and new heroes — to boost the spectacle of this superhero parody. Look at the big blue guy jumping around The City, and Arthur flying right behind him. This looks like a lot of fun.

T.J. Miller is gone and took Erlich Bachman with him, but Silicon Valley is back for a fifth season with Richard Hendricks (Thomas Middleditch) returning to Pied Piper to lead the company he helped start up.

As you might expect, however, Hendricks isn’t quite up to the task of having a company with 50 employees look to him for leadership and his every decision as CEO scrutinized by his peers. Naturally, he vomits under the spotlight — literally. Richard still has his friends and colleagues with him, but they’ve apparently been booted out of Bachman’s house by Jian Yang (Jimmy O. Yang), who’s taken over the residence. Power play!

Life on Superman’s home world of Krypton is kind of the untold story of the Man of Steel’s mythos. Really, all we know — especially in movies and TV — about Krypton is its existence shortly before baby Kal-El was rocketed into space toward Earth to save him from dying along with the rest of the doomed planet.

Zack Snyder gave us the best look yet at Krypton prior to its destruction in 2013’s Man of Steel, essentially telling a sci-fi heist tale of Jor-El (Russell Crowe) taking the genetic code of his people and sending it to Earth along with his infant son. Screenwriter David Goyer is going even further back in the Superman family history with the Syfy series, Krypton.

The series follows the adventures of Kal-El’s grandfather, Seg-El (Cameron Cuffe), and his attempt to redeem his family’s reputation. There’s also a time-travel element, with a character coming from the future to inform Seg-El of the planet’s eventual destruction and the role that plays in his grandson’s destiny.

Eli Roth previously played a role in a revenge tale of sorts, as a Nazi hunter who eventually gets the opportunity to kill Hitler in Quentin Tarantino’s Inglourious Basterds. As a director, he’s now telling a much different revenge story, remaking the vigilante thriller Death Wish with Bruce Willis taking the role Charles Bronson made iconic in the 1970s.

Dr. Paul Kersey (Willis) loses his wife in a home invasion and seeks his own brand of justice when their murder goes unsolved. With Roth at the helm and modern movie sensibilities, this version of Death Wish figures to get far more violent than the 1974 movie. And with Willis starring, the action element will likely be ramped up from the gunplay of the original. Those two should also provide an element of dark humor that could make this version a bit more fun.