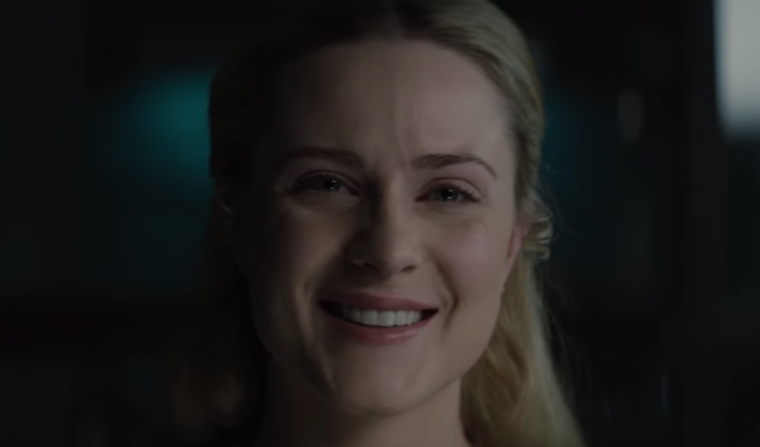 Trailers! We love ’em here at The Comeback. Sure, we’re eager to see the movies they promote. But sometimes, the previews are better than the movies or TV shows they’re advertising. But a good trailer is also a form of entertainment all by itself.

Among the goodies we received this week were a final look at Season 2 of Westworld before its premiere on HBO, horror and sci-fi movies geared toward young adults, and Mila Kunis and Kate McKinnon as international spies (sort of). No foolin’.

It’s almost time to return to Westworld, which didn’t look like a very fun place last time we were there. Now that the hosts have seemingly taken over the park, what’s in store for the people who used to be in charge and the guests still there?

“That reckoning is here,” according to Dolores Abernathy (Evan Rachel Wood). Is Bernard (Jeffrey Wright) trying to restore the status quo or follow through on Robert Ford’s vision? Will he end up opposing Dolores? The Man in Black (Ed Harris) probably has something to say about all of this, as well. How much will we see of Samurai World? And will we see any of the real world outside the park?

The cover of Nirvana’s “Heart-Shaped Box” that plays with this trailer is also a very nice touch.

This will be the second Eli Roth movie we get this year. The Death Wish remake that opened in early March didn’t do so well, despite Bruce Willis being the guy who sought gun-fueled revenge on criminals. The House with a Clock in Its Walls looks a lot more promising.

A movie for kids that’s actually pretty scary? Judging from this trailer, that’s what it looks like we’re getting. (Whatever you think about Roth, he is good at directing horror.) But it also appears to have the right touch of funny and whimsical for a story about a warlock (Jack Black) and witch (Cate Blanchett) who are trying to find a hidden clock that could destroy the world.

A road trip movie about a man traveling with the father he grew up hating because he was never there is probably enough for a compelling story. (Even if some might feel like they’ve seen stories about men with father issues before.)

Make that father (Ed Harris) a renowned photographer with four rolls of Kodachrome film that need developing. And have the son (Jason Sudeikis) be the person who drives him to the one place on Earth — Parsons, Kansas — that still has a lab which could process that film. Oh, and the father has cancer. That sounds like a movie worth watching.

Kodachrome received good reviews at the Toronto Film Festival. With a screenplay written by Jonathan Tropper (Banshee), it seems even more intriguing.

Sorry to Bother You – July 6

We’ve buried the lede here, but the trailer for Sorry to Bother You might be the best of 2018 so far. The sight gag of an intimate apartment setting turning out to be a garage that opens at the most inconvenient time is funny enough. But then the trailer picks up the pace, music and comedy leading to an outlandish premise.

Lakeith Stanfield (Atlanta) and Tessa Thompson lead what appears to be a strong cast (which also includes Armie Hammer) portraying some potentially brilliant satire. Stanfield’s Cassius Green is a  young black man who finds success at a telemarketing company thanks to his “white voice,” which is apparently all too persuasive. (The voice is dubbed by David Cross.)

Sorry to Bother You was a hit at the Sundance Film Festival and might have a chance at being the subversive comedy hit of the summer. And when is the last time we got one of those?

Despite a title that’s sure to get this movie confused with the 2004 Steven Spielberg-Tom Hanks film, Terminal features a noirish, futuristic setting that calls Blade Runner and Cool World to mind. (Maybe this should’ve just been a remake of Cool World. Margot Robbie looks like a real-life Holli Would.)

The trailer doesn’t make it entirely clear what Terminal is about, but Robbie is manipulating two hit men to take each other out. But to what end? Is Simon Pegg her co-conspirator? And are we happy about seeing Mike Myers in a film for the first time since Inglourious Basterds in 2009? This movie could be fun if Robbie’s character is really nasty.

Ethan Hawke has been doing the best, most interesting work of his career in recent years with films such as The Purge, Sinister, Boyhood and Good Kill. That figures to continue in a movie directed by Paul Schrader, who’s written intense dramas like Taxi Driver, Affliction, Auto Focus and Dominion (the prequel to The Exorcist).

Hawke plays a priest who’s a former military chaplain and is grieving over losing his son in war. His faith has been tested — despite the best efforts of a parishioner and another, far more successful pastor —  and is cast in further doubt when he’s approached by a young woman whose activist husband is becoming more extreme and radical, apparently considering use of a suicide vest.

While X-Men: Dark Phoenix and New Mutants have been delayed by Fox, maybe The Darkest Minds is the best movie we’ll get about young people who develop superpowers in 2018. Based on a young adult novel by Alexandra Bracken, the movie appears to have the same dystopian vibe that other series like The Hunger Games and The Maze Runner popularized.

A plague has wiped out most of the world’s children, but those who survived have demonstrated extraordinary abilities. That gets the attention of government authorities who seek to capture these kids and keep them in internment camps. Don’t trust those adults, man! They ruin everything.

If we can’t get a sequel to Spy any time soon (Get on that, Paul Feig and Melissa McCarthy!), maybe the next best thing is Mila Kunis and Kate McKinnon getting pulled into international espionage? Those two should make a great comedy team.

Hopefully, the James Bond-esque title sequence with a spy walking on a machine gun seen here will be used in the film. It looks too good to only be in a teaser trailer. But let’s hope it’s also not the best part of the movie.

The trailer is a bit heavy-handed with the reminder that female action heroes are becoming the rage in movies, but maybe that’s meant to be tongue-in-cheek here. Remember, people: Learn to drive a stick if you ever want to successfully get through a car chase in Europe.