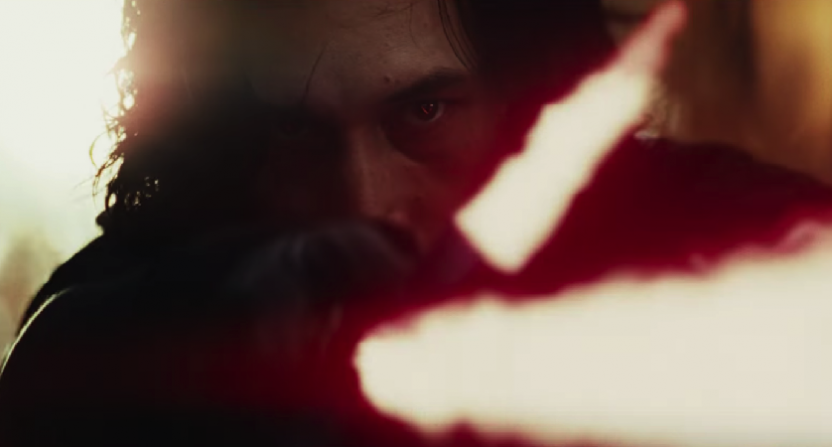 We love movie trailers here at The Comeback and try to cover the best of them, big and small, in our coverage during any given week. But we can’t always get to all of them, which is why pooling them together in a one-stop shop for movie anticipation seemed like a fun thing to do.

It’s difficult to imagine we’ll have a bigger week of trailers this year than what movie studios offered to fans during the past seven days. Eagerly anticipated trailers for the new Star Wars and Marvel films bookended the week, while several thrilling action films filled in the middle.

Here are the week’s best trailers, along with links to our previous write-ups, listed by the order in which they were released. (We could have ranked them, but that would have been anticlimactic, right?)

A movie about boxer Chuck Wepner was probably long overdue since his story was the inspiration for Rocky. Wepner was a working class fighter who dominated the competition in New Jersey, which earned him bouts with more prominent names — notably Muhammad Ali in 1975. But he also participated in some stunts for the money, such as fighting a grizzly bear and wrestler Andre the Giant. Starring Liev Schreiber, Chuck looks like a fun period piece, sort of like Boogie Nights set in the less glamorous side of boxing.

Star Wars fans will disagree, but I’d argue that Thor: Ragnarok provided the best trailer of the week. For one thing, Marvel pushed it out early Monday morning with no advance build-up, making for more of a surprise. But the trailer also provided some shocking visuals, such as Thor’s hammer being destroyed and the Norse god of thunder being chained and imprisoned in a Hell-like realm. And there’s the double payoff of seeing The Hulk, followed by Thor’s glee at finding his ally in an unexpected setting and the wonderful line, “We know each other! He’s a friend from work!”

Fast cars and exciting heists? No, it’s not another Fast and Furious movie, but Baby Driver could be even better. Director Edgar Wright has a dedicated cult audience, which hasn’t always led to box office success. However, thrilling car chases are always fun, especially when they don’t have to constantly top themselves with absurdities like jumping between buildings or dodging wrecking balls. Hopefully, Wright’s visual flair — along with what should be a great soundtrack — adds something new.

Those who want a female John Wick or James Bond might just have the movie they’ve been waiting for in Atomic Blonde. Based on a 2013 graphic novel, Charlize Theron — who, along with Scarlett Johansson is probably our best female action star — plays a British spy tasked with taking down a group of double agents. She fights, drinks and loves hard. What more could we want in a badass action hero? How about one directed by David Leitch, one half of the team behind John Wick (and the man behind the camera for the upcoming Deadpool 2)?

Can a Transformers movie really show us anything new? Probably not, and we shouldn’t expect that anyway. Director Michael Bay is back for his fifth (!) film with the robots in disguise, and ramps up the visual spectacle as best he can with the help of his digital effects team. The action in these movies can be incoherent (let’s not even talk about the stories) and the Transformers themselves can be a visual mess, but nobody does blockbuster like Bay. (Should we call them Baybusters? OK, no.) He keeps giving the people what they want (although many insist they don’t want it).

Kathryn Bigelow has become a must-watch filmmaker, coming off the success of The Hurt Locker (which earned Best Picture and Best Director Academy Awards) and Zero Dark Thirty (which may have been too controversial to win Oscars, but was nonetheless nominated). Plenty of fans would love to see Bigelow take a step into blockbuster territory, considering genre pictures like Near Dark and Strange Days in her filmography. But she’s staying in hard drama with her latest project about the 1967 Detroit riot triggered by the killing of three black men by white police officers. Think this one will have any current-day resonance?

If Thor: Ragnarok was the most fun trailer of the week, the preview for The Hitman’s Bodyguard comes in at a very close second. Ryan Reynolds and Samuel L. Jackson look like an ideal pairing for an unconventional “buddy cop” (neither character is a cop) movie, in which a hitman who seemingly wouldn’t need protection from the top bodyguard in the business, but is a crucial witness set to testify before the International Court of Justice. One thing is apparent: No trailer this year will use the word “motherfucker” more. (That will probably apply to the movie too.) Excellent use of Samuel L.’s talents with the word.

This was the one we were waiting all week for, set to debut during the Star Wars Celebration in event in Orlando. Hopefully, you didn’t fall for any of the phony links claiming to have the new Star Wars trailer during the week. The devoted fans in Orlando weren’t going to have their moment taken away from them. And The Last Jedi trailer didn’t disappoint, with a similar opening to The Force Awakens preview, Rey getting her mindful Jedi tutorial from Luke Skywalker, Kylo Ren looking in bad shape, and some beautiful shots of fighter crafts skimming across desert landscapes. This may be the best-looking Star Wars film yet, thanks to director Rian Johnson’s keen eye.