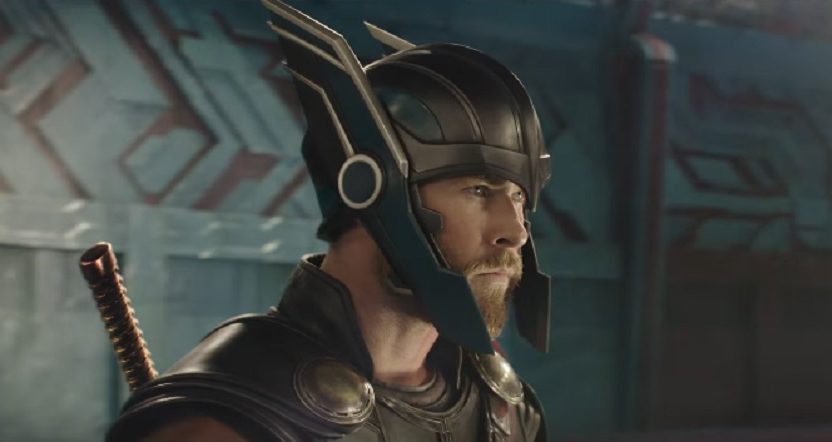 This is a phrase that could be repeated over the next two to three years, so it probably needs to be used carefully. But Thor: Ragnarok looks as if it could be the wildest, most outlandish Marvel movie yet.

Of all the Avengers, Thor has been curiously out of sight in the Marvel Cinematic Universe. Presumably, that’s because he’s off searching for the Infinity Stones after experiencing his vision of intergalactic doom in 2015’s Avengers: Age of Ultron. He was nowhere to be seen in last year’s Captain America: Civil War, but did make a surprise appearance in a mid-credits scene at the end of Doctor Strange.

But Thor: Ragnarok definitely answers where the Norse god of thunder has been in recent years, in addition to revealing the whereabouts of another Avenger who was curiously missing from the Civil War conflict between Captain America and Iron Man. He’s been nowhere close to Earth, off in a distant realm never before seen in a Marvel movie. (Or he’s been hanging in Australia with his roommate Darryl.) Check out the first teaser trailer for the film:

Based on a two-minute teaser, is it far too early to say that Thor: Ragnarok looks to be the best of Marvel’s Thor films? Maybe that’s the hard-charging bass of Led Zeppelin’s “Immigrant Song” pumping us up.

The first Thor (2011) had a lot of work to do in establishing an otherworldly realm where science and magic were one and the same, far different from the more grounded story seen in Iron Man. But it successfully opened up the Marvel Cinematic Universe to include Loki, the Chitauri aliens, and Thanos, the villain who’s going to play a far bigger role in the upcoming Avengers movies. Thor: The Dark World (2013) was arguably the worst of the Marvel films, incorporating a surprising amount of Star Wars-type sci-fi with a subpar villain and story. It seemed to be a two-hour excuse to introduce another of the Infinity Stones.

However, Thor: Ragnarok introduces what could be one of the best Marvel villains yet in Hela (Cate Blanchett). What’s one of the most dramatic things that can be done to a hero to place him in jeopardy and test his character? Take away the thing that means the most to him. As we see early on in the trailer in a rather shocking image, Hela destroys the weapon that defines Thor as a warrior and hero, the mystical hammer Mjolnir. (Or “mew-mew,” as Kat Dennings’ Darcy Lewis called it in the first two Thor movies.)

But Thor has come a long way since his father, Odin, stripped him of his hammer and power in the first film. He’s no longer a petulant man-child who believes he’s entitled to Asgard’s throne. Rather than dwell on what he’s lost, Thor is concerned with protecting his kingdom and people. But without his hammer, does he stand a chance against Hela, the Asgardian goddess of death?

Besides that, Thor also has the predicament of being exiled to a prison world that looks it could be a setting from Star Wars, with various alien miscreants and freaks. As the trailer soon makes clear, they’re the populace that enjoys gladiator fights staged by The Grandmaster (Jeff Goldblum). And his greatest champion may now have a suitable challenger, brought to him by Valkyrie (Tessa Thompson).

The teaser also provides quick glimpses of Heimdall (Idris Elba), who might be Asgard’s main protector with Thor gone, and Loki (Tom Hiddleston), who may or may not be responsible for Hela’s attempt to vanquish Asgard. (Perhaps you noticed Loki sitting with The Grandmaster in their box looking down at the gladiator arena.) We also get a brief look at Skurge (Karl Urban), who could be Hela’s main muscle. 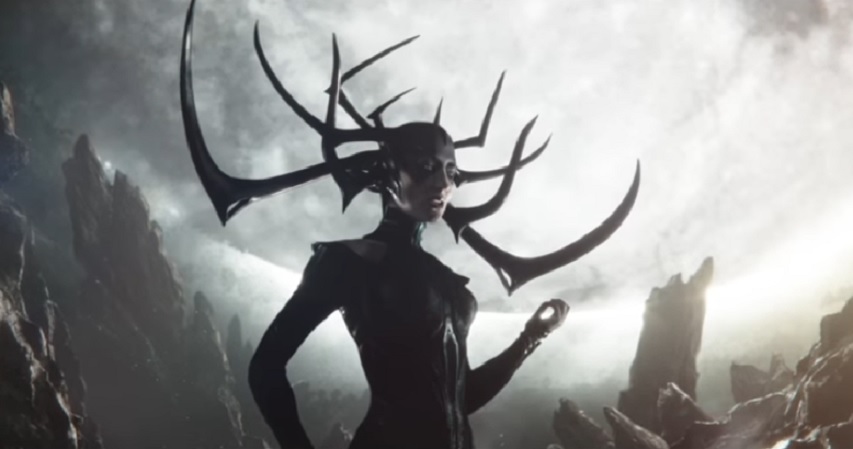 However, the big reveal of the trailer is something Marvel fans have been eagerly anticipating. No, not Thor’s haircut, though that is sort of a jolting image if you didn’t see the Entertainment Weekly cover story a few weeks ago. The big surprise is no great secret if you’ve been reading rumors and reports about the production. But whether you know about this story point or not, the trailer does a great job of building up to the appearance of the Hulk.

Where has the big green guy been since leaving behind Black Widow and flying off in a quinjet at the end of Age of Ultron? Somehow, someway he ended up on this alien planet. Did The Grandmaster or Valkyrie find him on Earth? If not, how did he make it out there?

Regardless, the sight of Hulk wearing gladiator armor like he did in the popular “Planet Hulk” Marvel Comics storyline is sure to get fans excited, while showing that this is something never before seen in these movies. But it does present a whole lot of questions besides the ones mentioned above.

Is the Hulk in full control now, while Bruce Banner is completely submerged? Or has Banner decided to just give into his raging, dark side, rather than always trying to keep the monster repressed? And who wins the rematch between these two brutish brawlers after they slugged it out in the first Avengers movie? Or is Thor able to calm down Hulk with some humor? (Chris Hemsworth is at his best when he makes Thor just a bit oaf-ish. Showing happiness to see a familiar face and explaining that he and Hulk “work together” is hilarious.)

Director Taika Waititi (What We Do in the Shadows) has created something that looks much different from the classical, Shakespearean design of the first Thor and the gloomier fantasy world of The Dark World. Yes, perhaps it looks just a bit too much like Guardians of the Galaxy with the bright colors and assorted aliens. Is that the “house look” for Marvel’s outer space, intergalactic stories?

But the visuals also call to mind the colorful, outlandish pop looks (accentuated by 1980s-style title graphics) from Thor’s most popular Marvel Comics storylines from the past few decades drawn by Jack Kirby and Walt Simonson. Marvel movies are sometimes accused of appearing very similar. This looks like it could break the mold and be a lot of fun.