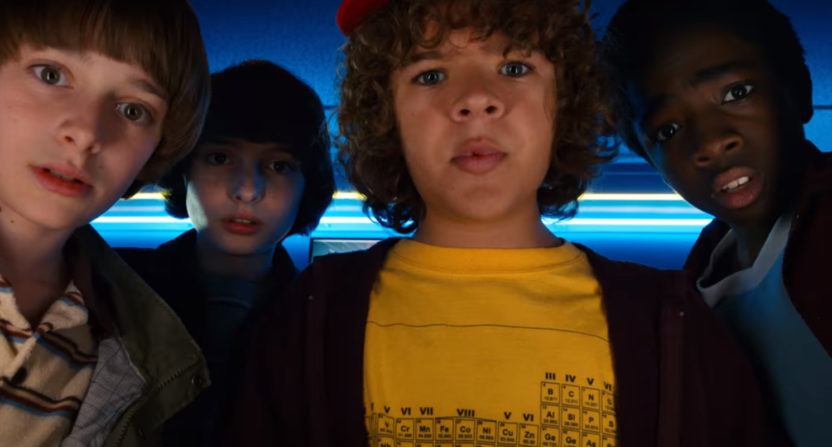 Fans of Netflix’s Stranger Things were first treated to a glimpse of the second season back in February when a 30-ish second teaser ran during the Super Bowl. There were plenty of details to unpack from that quick glimpse (Will isn’t out of the woods yet, the new monster is freaking huge), but viewers were still left mostly in the dark about the second installment scheduled to launch on October 27th.

With the summer months winding down, Netflix has revealed a bit more about Stranger Things 2 with a thrilling new trailer.

If you loved the pop culture, nostalgia and fun Stranger Things provided in its first season, it looks like you’re going to be in for a treat in season two. This installment has already been promised to be “bigger, darker and scarier” and this first trailer appears to make good on that promise.

Michael Jackson’s Thriller serves as the musical backbone of this first full look, forming a perfect connection between the events of the first and second season. The first season centered around Will and the search/struggle to rescue him from the Upside Down. Though he was freed from the nightmarish landscape, the door to the Upside Down has been opened and now “Darkness falls across the land,” as Thriller eloquently states. What a perfect decision to use Jackson’s hit from 1982 for the show’s 1984 second season. 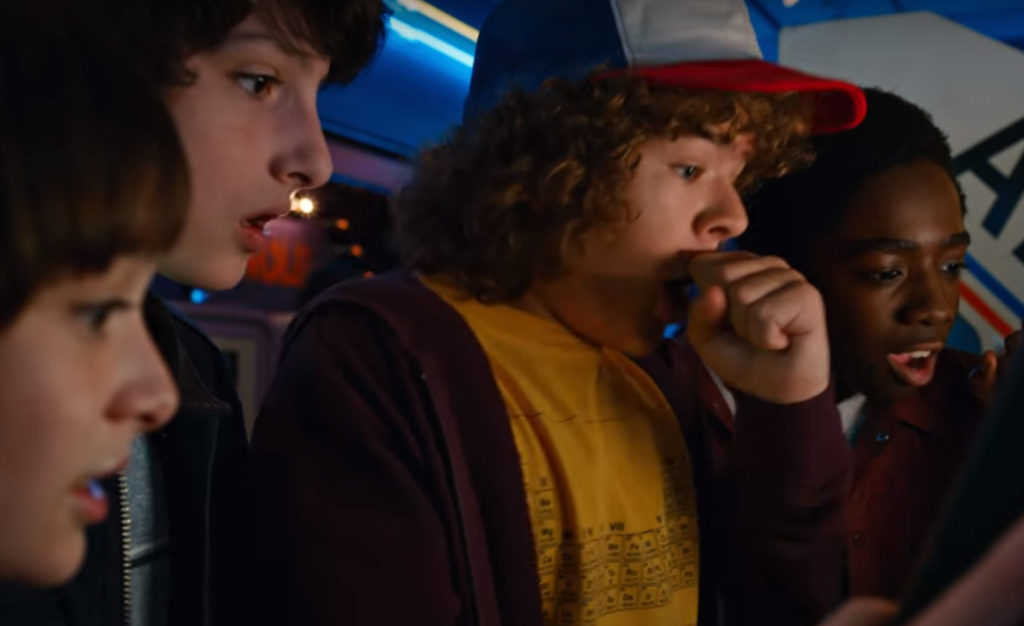 The trailer starts off similarly to season one’s trailer, with Will, Mike, Dustin and Lucas playing a game. This time they’ve left Dungeons & Dragons behind and are playing Dragon’s Lair in an arcade. The game, which was released on laserdisc in arcades in 1983, features Dirk the Daring attempting to rescue the princess from an evil dragon. While that’s the basic overall plot of countless video games, it also ties in pretty well with Stranger Things 2. Eleven is missing, presumably trapped in the Upside Down with the horror contained within. Meanwhile, the boys – particularly Mike – hold out hope that she’ll one day return and help defeat the new evil.

Similarly to season one, the second season will surround Will and his struggles with the Upside Down. He may no longer be physically in the Upside Down, but the time he spent there was enough to cause some seriously freaky long-term effects. This leaves Will’s mom, Joyce, Hopper and Will’s crew of friends left to try and figure out what the hell is going on before something worse than the Demogorgon steps into Hawkins. 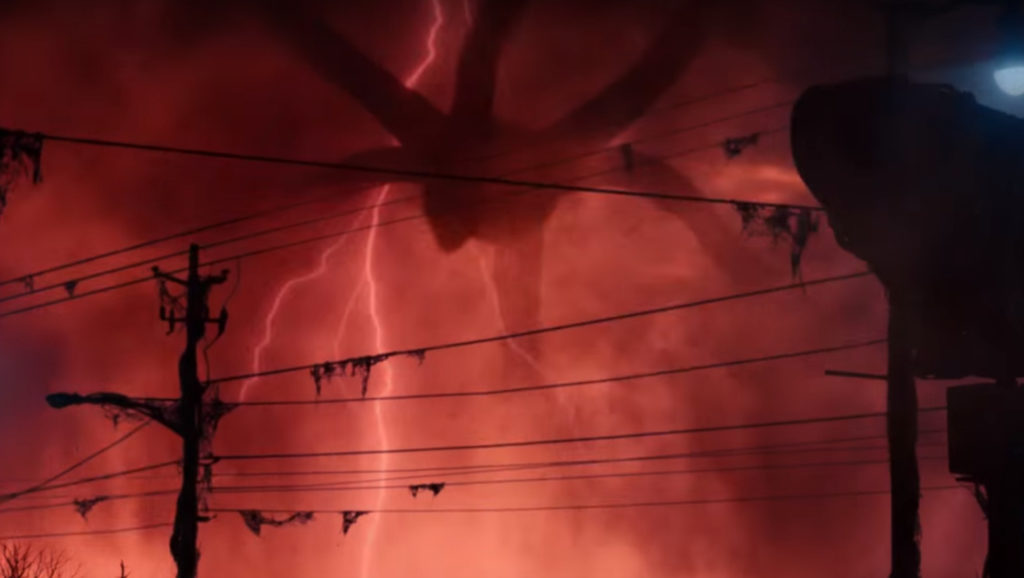 The rest of the trailer teases quite a bit without giving too much away. The setting this time falls during Halloween, which not only amps up the spook factor some but also gives the boys a chance to pay tribute to the 1984 film Ghostbusters. The costumes are great for trick-or-treating, but it looks like the ol’ ghost trap may have a very literal use in the A.V. Room.

Unsurprisingly, the trailer ends with a fan-favorite returning – Eleven. It was already publicly confirmed that Eleven would be returning (she pretty much had to after Millie Bobby Brown completely stole season one), and here she emerges from the Upside Down in a manner which would feel appropriate in just about any old horror film, reaching through the wall of Hawkins Middle School.

That’s the meat of the trailer, but there were a few other noteworthy tidbits. 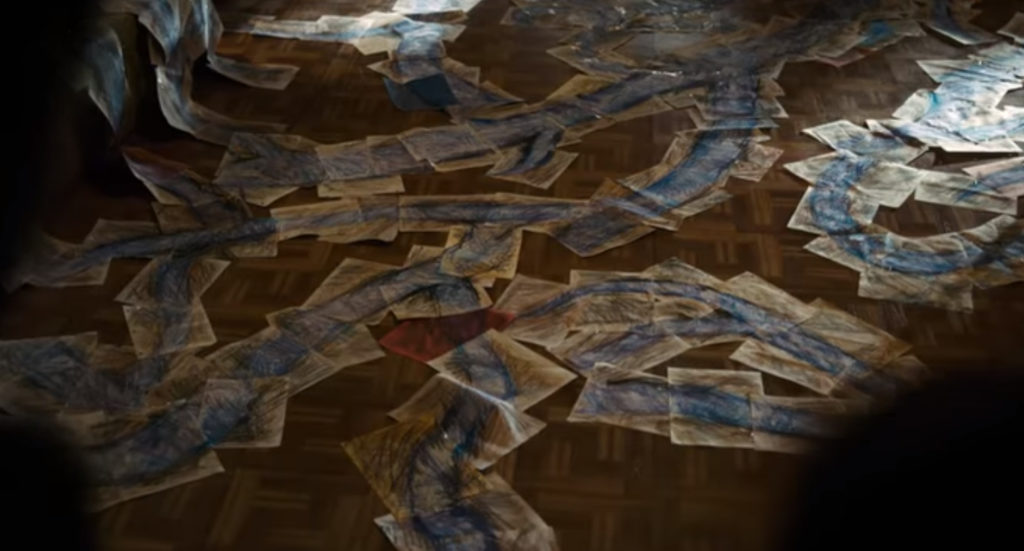 The first season was already compared to Close Encounters of the Third Kind for how some of its scenes were shot/framed, and now the second season offers another homage to the Steven Spielberg classic with Will scribbling drawings of the show’s new monster. Kind of resembles all of the drawings of Devils Tower from Close Encounters, doesn’t it? We’ll have to wait and see if Will goes full Richard Dreyfuss and tries to build the monster out of mashed potatoes or tries creating a giant sculpture in his living room. Given how the Byers’ house was treated in season one, a giant monster sculpture in the living room might not look that out of place.

It looks like the Steve and Nancy drama will continue in some fashion, but it remains to be seen what that exactly means. Season one ended with the two on good terms, excluding Steve’s horrible Christmas sweater, but it was always assumed that the Nancy-Steve-Jonathan triangle wasn’t totally wrapped up. Fans who were rooting for the Nancy-Jonathan connection may end up getting their wish.

Speaking of those three, did you catch the bat loaded with nails from season one making a cameo? 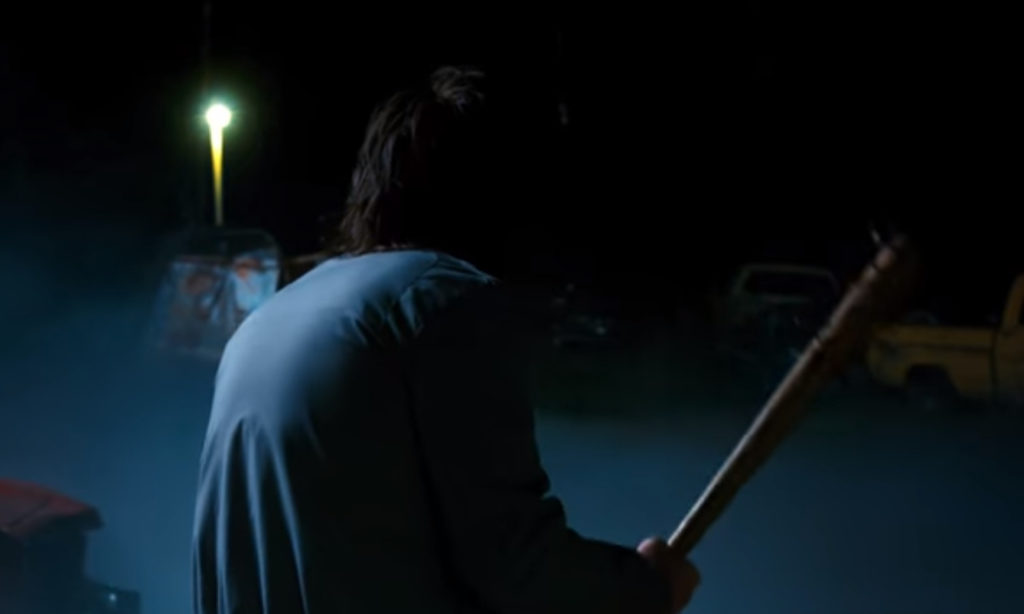 We probably haven’t seen the last of Dr. Brenner’s team. Several shots from the trailer resemble the facility which housed Eleven and the entrance to the Upside Down. We’ll have to wait and see if Dr. Brenner is actually gone for good or if a new evil doctor will step in.

It’s already been announced that the second season will feature several new characters, but this opening trailer focuses almost exclusively on the cast from the first season. That’s a good marketing decision, but it does raise the question of how some of these new faces will fit into the story. The most notable of the new cast is Sean Astin, who can be seen briefly in the trailer in scrubs sprinting down a hallway. The first season of Stranger Things was a perfect homage to The Goonies, so why not add a Goonie to the cast? After all, Goonies never say die.

Paul Reiser was also added to the cast and can be briefly seen examining Will.

The first season thrived on being a tight narrative focused around a small group of characters. It makes sense to expand if the story is about the threat expanding, but hopefully things won’t lose their charm.