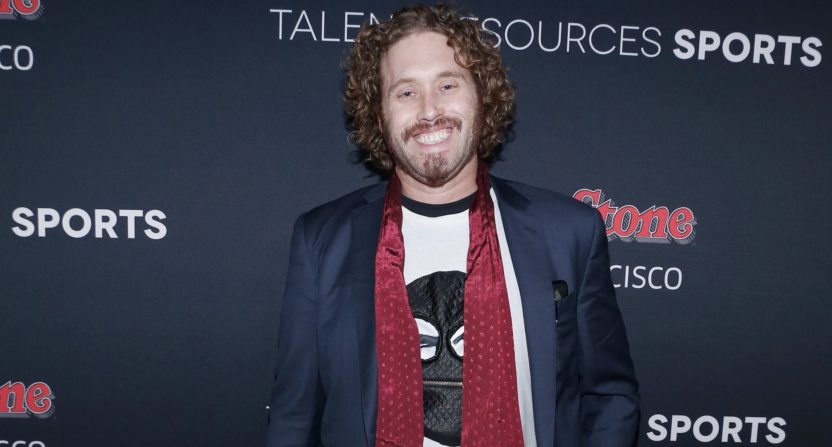 HBO is well known for its successful dramas such as Game of Thrones, Westworld, and The Leftovers. However, they are also well known for high quality comedies such as Veep and Silicon Valley, both of which have been renewed for 2018.

The announcement was made by HBO’s PR Department on Thursday:

HBO has renewed SILICON VALLEY for a fifth season and VEEP for a seventh season, with both shows returning in 2018, it was announced today by Casey Bloys, president, HBO Programming.

However, arguably the biggest news for the two shows didn’t come from HBO itself, as news broke that T.J. Miller wouldn’t be returning for Silicon Valley‘s fifth season.

BOOM: T.J. Miller will not be returning for the new season of @SiliconHBO, @vulture has learned. HBO says it was a "mutual" decision

I heard that he got the finale script and found out his character had been written out. https://t.co/aPci4ySBs2

Vulture broke the news in detail, and added in a quote from HBO about Miller’s departure.

“The producers of Silicon Valley and T.J. Miller have mutually agreed that T.J. will not return for season 5,” a rep for HBO tells us. “In Erlich Bachman, T.J. has brought to life an unforgettable character, and while his presence on the show will be missed, we appreciate his contribution and look forward to future collaborations.”

The loss of Miller and his fantastic character Erlich Bachman is a big one, but the comedian won’t be leaving HBO’s airwaves entirely. His standup special will debut on HBO on June 17th.

Naturally, some fans didn’t like the news at first and it’s safe to say the show could take a hit with Miller departing.

Very sad to say bye to Erlich Bachman. @nottjmiller is the funniest guy I've ever met & thrilled to work w him for 4 yrs. Brothers forever.

Erlich Bachman might be my favorite television character since Kenny Powers. I AM HEARTBROKEN.

This is terrible. Erlich Bachman = one of the truly great characters in the history of TV https://t.co/CR3tYQHnKU

Going back to the renewal news, both shows are critically acclaimed and have won various awards. Silicon Valley won the award for best Episodic show at SXSW in 2014, Best Comedy Series at the 2015 Critics’ Choice Awards, and has been nominated for multiple Emmys and Golden Globes, including for Best Comedy Series.

Veep has won even more awards, including the 2015 and 2016 Emmys for Outstanding Comedy Series. Julia Louis-Dreyfus has won the Emmy for Outstanding Lead Actress in a Comedy Series every year since 2012. The show was nominated for the Golden Globe for Best TV Series Musical or Comedy in 2016 and 2017, but didn’t win.

Here are the trailers for the next episodes of both Silicon Valley and Veep: