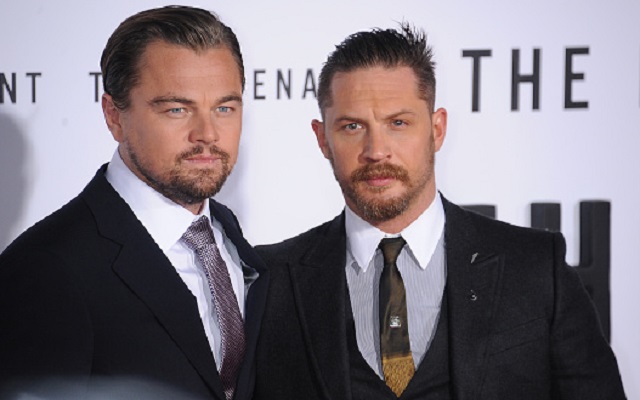 Last year wasn’t the year to bet against Leonardo DiCaprio, a lesson Tom Hardy will soon bear for all to see.

One year ago, the Academy Awards season belonged to Leo and The Revenant. Leo was due to win Best Actor after a career of worthy performances that went unrewarded. And the film press ate up every story about how much he endured physically to play Hugh Glass, who’s left for dead in the winter woodlands, but kept alive by his desire for revenge.

Hardy was also a key part of The Revenant, playing John Fitzgerald, the object of Glass’ vengeance. His work in the film earned him a Best Supporting Actor nomination, which brings us to Hardy’s wager with his co-star. DiCaprio bet Hardy that he would receive an Oscar nomination for his role. Perhaps knowing that The Revenant was Leo’s show, Hardy bet that he wouldn’t be nominated. The loser had to get a tattoo of the winner’s choosing. But Hardy has no one else to blame but himself for the stakes of the bet. It was his idea.

Unfortunately for Hardy (and his skin), Academy Awards voters (and most film critics) sided with DiCaprio, giving him a nomination. (Hardy lost the Best Supporting Actor award to Bridge of Spies‘ Mark Rylance.) So he had to pay up in ink, pain and having to bear the mark of his foolish bet for the rest of his life. The latter point is probably the worst part.

As could have been expected, DiCaprio made losing the bet even worse for Hardy. There was no chance Leo would choose a cool tattoo design. Hardy explained what was in store for him in an interview with Esquire‘s Miranda Collinge:

“He wrote, in this really shitty handwriting: ‘Leo knows everything.’ Ha! I was like, ‘OK, I’ll get it done, but you have to write it properly.'”

The tattoo only currently exists on paper. Hardy hasn’t gotten it yet, “because it sucks,” as it put it. The actor already has plenty of tattoos (seven, to be exact), so it’s more about what DiCaprio chose. (He might not be thrilled with tattooing another man’s name on his body either, but if that’s the case, he didn’t say so.) But those were the stakes of the bet.

However, the longer Hardy takes to get the job done, the more this quote from his character in The Revenant can be applied to his situation:

“They’re torturing that poor bastard, the proper thing to do will be finish him off quick.”

Yes, Tom Hardy — the best thing to do would be to get the tattoo over with and finish it quick.