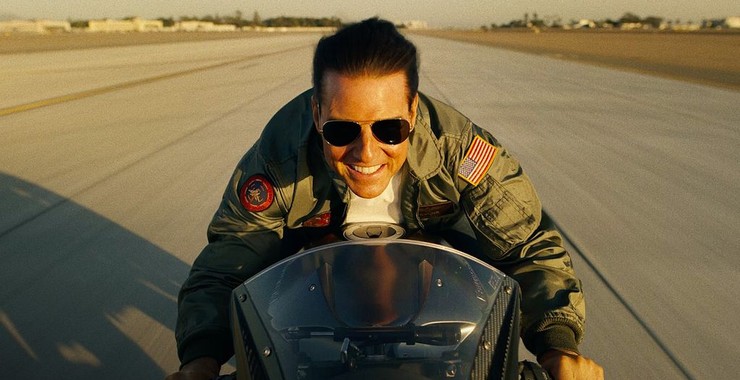 Memorial Day weekend has long served as the unofficial kickoff of the summer blockbuster season. Now streaming services want in on the action. It’s not just about movies you can see in theatres, but also shows you can view on demand.

This Friday, we’ll have a pop culture equinox when three highly anticipated events will be available: Top Gun: Maverick, Season 4 of Stranger Things, and the debut of Obi-Wan Kenobi. That’s a lot of choices. Of course, you can split it up over the holiday weekend. Instead of working on your tan while on a beach vacation, stay indoors to enjoy what promises to be top-notch entertainment.

Here’s a look at all three:

Where to watch it: In theatres only

It’s finally here. Tom Cruise is ready to take you right into the danger zone again. The long-awaited sequel was supposed to be released in June 2020. The pandemic pushed it back almost two full years. The official release date is Friday, but some theatres will begin showing it as soon as Tuesday and many on Thursday.

Will it be worth the delay? If there’s a non-comic book movie that could potentially become the top-grossing film of 2022 (The Batman is currently No. 1 ), it’s this one. Got to hand it to the seemingly ageless Cruise, who has managed to stay consistently box-office relevant for decades, thanks primarily to the Mission: Impossible franchise.

Cruise returns to arguably his most popular character: Pete “Maverick” Mitchell. But now he’s in the Yoda role, training the next generation of fighter pilots. The original Top Gun (1986) struck the right chords in capturing the spirit of optimism and patriotism of the Ronald Reagan 80s. America 2022 is in a much different place. Our country is a lot more divisive. Perhaps the unifying escapist fun of Top Gun: Maverick is exactly what we need.

Plus, we can only hope for an homage to the much-discussed original volleyball scene.

Where to watch it: Netflix

Remember when they were cute kids living their best 80s life? Now they’re on the verge of young adulthood. Few shows have been able to successfully mine nostalgia in a way that appeals to such a broad audience. Generation X, Millennials, and Zoomers all dig it. That’s rare in a fractured entertainment world.

When we last saw Mike, Eleven, Dustin, Will, Lucas, etc., they just survived an epic mall showdown with the Mind Flayer. Eleven lost her powers. The Byers family left Hawkins, Indiana, For Season 4, we’ll have a new location (California), and it looks like we’ll have new villains too (the Russians).

Brace yourself for Stranger Things Super-Sized, because every episode is over 70 minutes long. Volume One will drop Friday (seven episodes). Volume Two will be released in July with two more shows. Get a load of the run time of the final three episodes: 1-hour, 38 minutes, 1-hour, 25 minutes, and then a whopping 2-hour, 30-minute finale. Netflix is banking on Stranger Things. According to The Wall Street Journal, the streaming giant spent $30 million per episode. Season 4 will probably be an enormous success because we love these characters.

Where to watch it: Disney+

After the successes of The Mandalorian and The Book of Boba Fett, this was inevitable. It was just a matter of time before Disney convinced an A-list legacy Star Wars actor to take the lead on a series. Obi-Wan Kenobi is an OG, dating back to Star Wars (1977).  Alec Guinness played Kenobi in the original trilogy. Ewan McGregor masterfully picked up the baton, portraying a younger Kenobi in the three prequels.

Kenobi is at the center of Star Wars mythology. He trains Anakin Skywalker, who eventually becomes Darth Vader. Obi-Wan Kenobi takes place a decade after Revenge of the Sith. That leaves plenty of room for storytelling because Luke Skywalker is still a child and won’t meet “Ben” Kenobi for another 10 years.

It’s also a great opportunity to further explore Vader (Hayden Christensen). Christensen was panned for his wooden and whiny portrayal of Anakin Skywalker in the prequels. But he’s 41 now and with better screenwriters; he could emerge as the big winner of this spinoff.

Why will this be a success? Director Deborah Chow did a few episodes of The Mandalorian. Plus, the legendary John Williams returns to conduct the score. It’s hard to imagine that this show won’t deliver. The first two of the six-episode series will drop Friday.