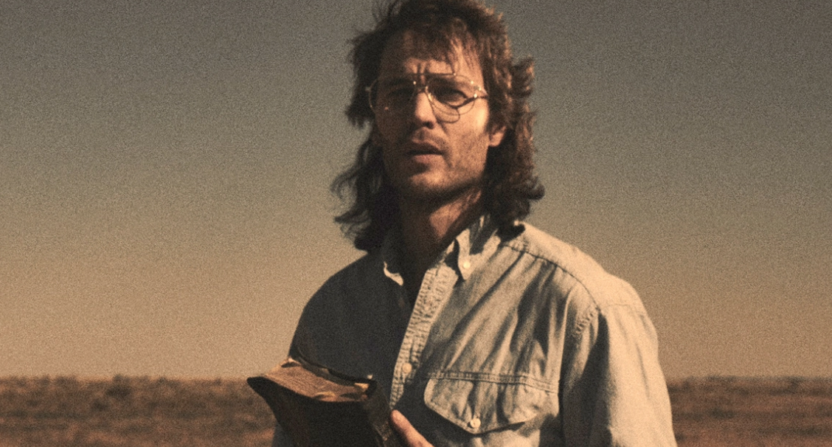 But after a two-month hiatus during which very few notable previews came out, we have returned with our one-stop shop for movie and TV anticipation. (Rumors are that a new Justice League trailer could be released next week in conjunction with Blade Runner 2049, so the trailer machine is rolling again.) With such a long break, there are a couple that we’ll also be catching up on, especially since they’re promoting big properties.

With that re-introduction, here are the best trailers from the past seven days (or two weeks, in this case).

Cable TV is providing some strong miniseries lately. Did you catch Manhunt: Unabomber on Discovery at the end of summer? If you missed out, it’s worth finding on Netflix and Amazon. Waco looks similarly promising with a cast led by Michael Shannon and Taylor Kitsch (who creepily embodies cult leader David Koresh). The six-episode series will cover the FBI and ATF raid on the Branch Davidian complex in Waco, Texas.

If you’re worried that you don’t have Paramount Network, it’s the rebranded name for Spike TV, beginning Jan. 18.

Owen Wilson and Ed Helms as brothers looking for their real father? Good potential for some laughs here, along with the squirming comedy that comes from finding out that their mother (Glenn Close) was quite… generous during the sexual revolution. (“Dick whisperer”?) And Terry Bradshaw is among the possible fathers, adding a sports component to the story. But wouldn’t J.K. Simmons be a cooler dad?

Gary Oldman is drawing a lot of early Oscars buzz for his portrayal of Winston Churchill. That’s become a crowded space lately, including Brian Cox (Churchill) and John Lithgow (The Crown). Those who enjoyed this summer’s Dunkirk may also note seeing the political and bureaucratic side of that battle.

Darkest Hour covers an earlier part of Churchill’s career as English Prime Minister, when he was a polarizing figure and in the difficult position of opposing Adolf Hitler during World War II.

With Ex Machina and Dredd (which he reportedly ended up co-directing, in addition to writing), Alex Garland has established himself as one of the best, most creative sci-fi filmmakers currently working. Annihilation is based on the first novel in Jeff VanderMeer’s sci-fi novel trilogy. Natalie Portman plays a scientist leading an expedition into an area taken over by some mysterious force. A strong cast also includes Oscar Isaac, Tessa Thompson, Jennifer Jason Leigh and Gina Rodriguez.

Marvel movie fans hoping for a Black Widow solo movie might have to settle for Red Sparrow, which looks like it could be a stand-in for the spy with plenty of red on her ledger. An action thriller starring Jennifer Lawrence as a Russian ballerina turned lethal spy could also help erase the memory of mother! from moviegoers’ minds. Lawrence reunites with Francis Lawrence (no relation), who directed her in three Hunger Games films.

Michael Shannon makes his second appearance in this week’s trailer column. Guillermo Del Toro hasn’t had as much success directing films for American audiences (most of which are blockbuster fare like Hellboy and Pacific Rim) as his Spanish-language movies (Pan’s Labyrinth, The Devil’s Backbone), but will probably break through with The Shape of Water.

With a creature that looks much like Hellboy‘s Abe Sapien (and also played by Doug Jones), this could almost be viewed as a spinoff, though it appears to be a very different kind of story, starring Sally Hawkins as a mute who falls in love with the aquatic beast.

Doesn’t it seem more difficult to take Mark Wahlberg seriously in a glasses-wearing role after his AT&T commercials and parts in the Daddy’s Home and Transformers movies? That’s probably not fair, since he’s also starred in Patriots Day and Deepwater Horizon recently.

Also difficult to take seriously is Kevin Spacey, hidden under a ton of makeup and prosthetics as billionaire J. Paul Getty, whose grandson is kidnapped for ransom. But with a cast that also includes Michelle Williams and Ridley Scott directing, All the Money in the World will almost certainly be worth a look.

With the quirky tone many of his films take, Alexander Payne (Nebraska) seems like an ideal choice to direct a sci-fi comedy. This might be the year for Matt Damon doing warped and quirky too, between Downsizing and Suburbicon. This certainly looks like a clever premise, with scientists addressing overpopulation by shrinking people.

The new, upscale world that these tiny people inhabit, while also still a part of the regular world, seems like a thoughtful take on our culture, which is what the best sci-fi often provides.

The new Tomb Raider trailer came out last week, but we’re playing a little bit of catch-up after our hiatus. Alicia Vikander (The Danish Girl) is an Academy Award-winning actress, but can she lead an action franchise based on a popular video game series? There aren’t too many franchises with female lead roles, so it’s understandable why she’d go for playing Lara Croft, especially in an origin story.

Based on this trailer, the action looks solid and we hopefully won’t have to wait long to see the hero become the character so many know and love.

Another trailer we’re catching up on, The Punisher is a widely anticipated new Marvel series from Netflix. Iron Fist and The Defenders didn’t leave much of an impression (or at least a good one), and Inhumans (on ABC) is getting skewered in early reviews. That leaves Frank Castle and his murderous vigilante crusade to rescue Marvel TV.

The Punisher’s story has been told in two previous movies (three, if you count Dolph Lundgren’s straight-to-video effort), but Marvel’s latest version of the character (with Jon Bernthal as Castle) had a strong debut in Daredevil Season 2 and it’s exciting to see what can be done in a longer story with R-rated violence. Netflix is being coy with the release date, but the series will likely debut later this fall.