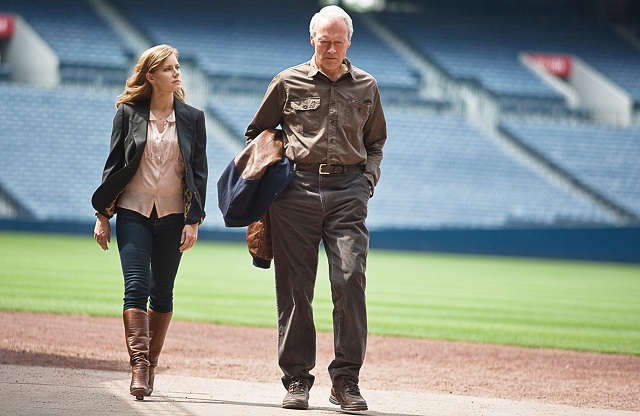 The way I see it, bad movies can be broken down into three different categories.

First, there are films like Gigli, and everything that Adam Sandler has put out over the past five years. This is the garbage that you do everything in your power to avoid at all costs. You’re certainly not paying to see this junk and you’re not stopping while channel-surfing. These films are the worst of the worst, the type of crap not worthy of your time, attention or a single morsel of analysis.

The second category of bad movies are the ones that are hilarious, but not intentionally. Think of Nicolas Cage’s recent films, or anything where some sort of team is put together. Films like these serve a purpose. Sometimes they hit the spot.

Then there’s the third category, which, I think, is the actually the worst of all the bunch: Movies that should be good, but wind up being piles of cow manure. You know, like Batman v Superman. These are movies where every scene is so bad, so fraught with holes that you become captivated by the very thought that somebody, somewhere thought this was a good idea and become obsessed with dissecting their awfulness.

Trouble with the Curve is a perfect example. The ironic part: the film actually has some decent acting and the plot, while banal and unoriginal, does occasionally rope you in.

The movie was released in 2012, so you’re likely familiar with its basic premise. It’s on HBO almost every week. Clint Eastwood is a grumbling, growling, aging baseball scout for the Atlanta Braves who despises all the fancy shmancy Moneyball-type numbers that have infiltrated his beloved game. He’s also a bad father to Amy Adams, a workaholic lawyer and baseball lover whose daddy issues have led to intimacy problems.

One day Eastwood’s co-worker and best friend, John Goodman, shows up at Adams’ office. He wants to know if she’ll accompany Eastwood on the road to scout this hotshot prospect in North Carolina. Adams reluctantly agrees and while on the road meets Justin Timberlake, a former pitcher turned scout. They dance and jump into a lake together and fall in love. Adams and Eastwood have a falling out but eventually reconcile. Everyone lives happily ever after.

Take another look at that cast. Clint Eastwood is the star, and while he’s no longer a mesmerizing on-screen presence, well, he’s still Clint Eastwood. Amy Adams — one of the best actresses in the world. John Goodman — a legend in his own right. Justin Timberlake — more of a performer than a thespian, yes, but certainly no slouch. That’s four studs right there.

So what’s the problem? Well, let’s start with the character of Bo Gentry, the prospect out of North Carolina.

Now picture the player I just described. I’m guessing that right now you’re thinking of someone who looks like an athlete, a man who’s big, but also fast and strong. I think 95 percent of the actors in Hollywood fit this description. Tall, square jaws, ripped biceps and flat stomachs. They might not all be athletes, but they sure as hell look like ones. 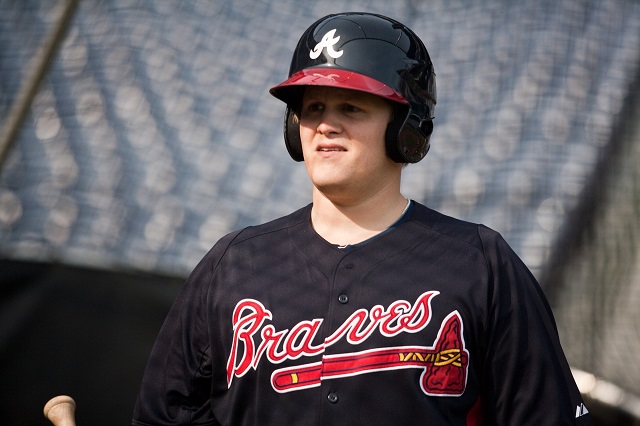 Bo Gentry, you would think, would be the easiest role to cast in the film. The kid barely speaks (aside from talk about “banging chicks” and other cheap throwaway lines written for him to ensure that we, the viewer, don’t like him), and instead spends most of his screen time walloping fastballs and trotting around the bases. All that Trouble with the Curve‘s producers had to do was pluck some fit-looking waiter out of a Beverly Hills restaurant and chances are pretty good that he could have nailed this part.

Instead, director Robert Lorenz decided that his movie’s superstar, five-tool prospect should look like a pudgy pre-pubescent teenager whose morning routine consists of five enchiladas at Taco Bell.

I don’t mean to disrespect the actor, a relatively anonymous and Wikipedia-page-less man named Joe Massingill. I have no issue with him. I’m just baffled by the choice. I’m no Hollywood expert, but it seems to me that if you wanted to botch this casting, you’d have to almost do so purposely. I think I’d buy Shia LaBeouf as Jackie Robinson more than I do this.

Then there’s Justin Timberlake’s character. Again, on the surface here, everything makes sense. Timberlake plays a former big-time prospect who blew out his arm and is now scouting for the Red Sox. No issues there… until Timberlake opens up to Adams and shares his goal: to become a broadcaster for the Red Sox. So why, exactly, is he scouting? Because that, we’re told, is how he can make it into the booth.

“If I get Bo Gentry right, that job is mine,” Timberlake says at one point, you know, because that’s how all the great announcers got their start, by scouting high school kids. Vin Scully, Gary Cohen — not scouts. I’m pretty sure Joe Buck never spent summers following a high school kid around. Keith Hernandez, John Smoltz — these are former athletes that became full-time broadcasters by, you know, actually broadcasting games.

Of course, these are just small pieces. And yeah, I know, you could nitpick any movie and come up with examples to show why it’s unrealistic. But this isn’t supposed to be that kind of film. Trouble with the Curve is supposed to be a baseball movie that makes you feel warm and fuzzy inside. Like Field of Dreams. I normally don’t buy into that baseball-as-a-metaphor hogwash, but OK, I can try to be sentimental. All I ask is to be met halfway.

That means you can’t have the supposed villain of the movie, an assistant general manager played by a God-awful Mathew Lillard, spout out batting average numbers and use that as an example of how this guy is a fool because he only cares about stats and not scouting. Batting average has been around for, literally, 100 years. Even the game’s most archaic scouts use it.

Also, the No. 1 prospect in the country can’t be allergic to curveballs. That’s like writing the Ocean’s Eleven script, but having George Clooney get caught at the end because his character doesn’t know how to pick a lock. It just doesn’t work.

Here, for example, is the climax of Trouble with the Curve:

We see Bo Gentry taking batting practice in Atlanta (because of course he was signed within a day, even though that usually takes weeks) against another teenager, a peanut vendor from Gentry’s games who has a cannon for an arm and who Adams discovers outside her hotel room (yes, you read that sentence correctly).

In this final scene, Adams brings the peanut vendor to Atlanta to show the team’s general manager what she discovered. I won’t even complain about the idea of Adams, a lawyer, being allowed to bring in a prospect just because her father is a longtime scout. I can go along with that if need be. Anyway, the GM decides it’s a good idea to have his No. 1 pick face off against the peanut vendor. The kids throws a few fastballs by Gentry. Then Adams announces, out loud, for everyone to hear, everyone including Gentry, “Throw him the curve.”

Gentry, as the movie’s title gives away, whiffs every time. It’s as if he’s never seen a curveball before. I should point out that nearly every high school pitcher throws a curveball and that there’s no way Gentry could have risen that high had he truly been unable to even make contact with any pitch that’s not straight. This discovery proves that Eastwood and Adams were right and Evil Matthew Lillard were wrong and that grunting scouts are better than computers and that baseball can still be a pure game that brings families together. Yay.

The film is littered with inanities like this. And yet every time it comes on, I insist on torturing myself and watching. Maybe it’s because I’m a sadist. I like to think, however, that it’s because I enjoy a challenge — in this case, seeing what new absurdities I can find.

Trouble with the Curve is the worst baseball movie ever made. If you haven’t yet, you really should check it out.