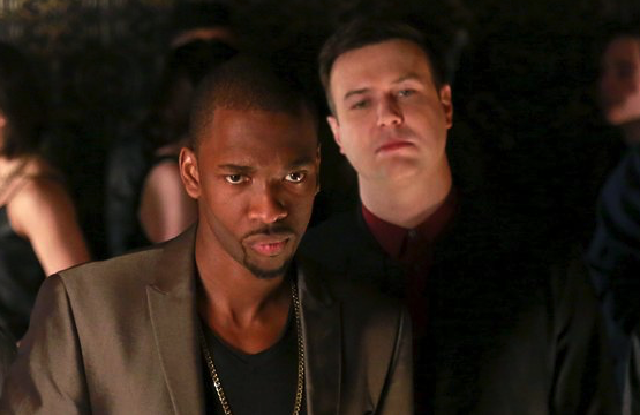 After three seasons with some minor changes to the cast, Saturday Night Live underwent a major overhaul on Tuesday with the news that long-time cast members Taran Killam and Jay Pharoah did not have their contracts renewed for the show’s 42nd season. Soon after that news broke, the show confirmed that after only one season Jon Rudnitsky would be joining Killam and Pharoah on their way out of studio 8H.

While the rarely used Rudnitsky’s departure doesn’t seem all that shocking, both Killam and Pharoah had built quite a following among SNL fans over the course of their time on the show. Killam was one of the cast’s most reliable members over his six seasons, and seemed to have firmly placed himself as the go-to male performers on the show. Pharoah was more well-known for his impressions, but over time became a solid sketch performer with this past season possibly being his best of six at SNL.

If Killam and Pharoah had decided to move on from SNL to explore other ventures, there wouldn’t be much of a story here. But in the midst of an all-important election season, along with SNL turning a corner last season after a couple of bad ones, this move by Lorne Michaels seems a bit odd. It’s not the first time Michaels has fired veteran cast members; he last did it in 2006 when Chris Parnell, Horatio Sanz, and Finesse Mitchell were all cut for budgetary reasons.

This could be a similar situation with ratings flat the past two seasons, and more and more viewers finding their favorite sketches online on Sunday instead of staying up until midnight every Saturday. SNL is hoping to slow the flow of viewers online by reducing ad time by 30 percent for this upcoming season, which it believes will create a better experience for viewers. To offset the loss of ad money, the show will be creating sponsored content six times a year. But this is the type of experiment that might not necessarily work, which makes television executives nervous and looking for ways to cut costs.

Pharoah has been quiet about his departure, but in Killan’s original interview with Mike Ryan at Uproxx that broke the news he was not coming back, he discusses his directorial debut, Why We’re Killing Gunther, starring Arnold Schwarzenegger:

“But I do know I’m directing this movie and I’ll have two months of post-production that would have bled into the SNL production schedule, so we kind of communicated that. I honestly don’t know what happened on the other side, but I do know we had expressed I have work on this film and in bonding this picture, that has to get cleared with SNL. And then (another offer) came up. I wasn’t going to have to take any time off, but it was a thing they would have had to okay.”

Killam is clearly hinting that the decision to not renew his contract is at least partly because of these projects, and the possibility they could interfere with the upcoming season. While it’s not unusual for people to work on outside projects during the season, it’s rare that a cast member is allowed to miss time, and Lorne might have been worried about losing Killam for extended stretches of the upcoming season.

Killam could have easily secured his place in the cast of season 42 by nailing his Donald Trump impression, but his take on the GOP nominee never took off, and he was replaced by former cast member Darrell Hammond midway through last season. Pharoah’s impression of President Obama is legendary, but the writers never seemed to figure out how to make Obama funny. Last season, Pharoah as Obama only appeared once, in a non-speaking role during the season finale.

Oddly enough, both of these failings might have made Killam and Pharoah expendable. The show’s star, Kate McKinnon, has Democratic nominee Hillary Clinton on lock, while Beck Bennett made strides last season away from the quirky Good Neighbor sketches with Kyle Mooney and into the everyman roles along with Killam. Since the show didn’t even bother with Obama last season, there’s no need to worry about him during his last few months in office — especially if Clinton wins in November.

With no secure role in what will be the most important news stories at the start of next season, Killam and Pharoah can easily be replaced as a press secretary or reporter played by Aidy Bryant, Pete Davidson, or Sasheer Zamata.

Along with the higher salary, the outside projects, and no place in the upcoming election comedy, both Killam and Pharoah never seemed to achieve their full potential while on the show. Clearly, both had moments (Jebidiah Atkinson, Principal Frye), but neither were breaking new ground or giving the show that viral moment which other cast members like Leslie Jones or Kyle Mooney have been providing over the past couple of seasons. They were steady performers who more than occasionally rose above the rest of the cast, but they never broke through like past cast members such as Bill Hader and Andy Samberg did before them.

With three cast members (so far) not returning from last season, will SNL use this opportunity to address the diversity issue that has plagued the show for much too long, and not cast another white guy? Could even more firings happen over the next few weeks, leading to a complete overhaul of the cast, a la 1995, when nine cast members didn’t return or were fired? Or could Lorne Michaels decide not to bring anyone new into the fold and stand pat?

Lorne has already fired two popular cast members on the eve of an important time for his show. Fighting lackluster ratings due to streaming, calls for diversity, and an experimental venture this season, he needs to continue moving SNL in the right direction after taking a step back the past few seasons. While Lorne probably feels that not renewing Killam and Pharoah is best for the show, it will be the decisions made after this week that are just as, if not, more important.