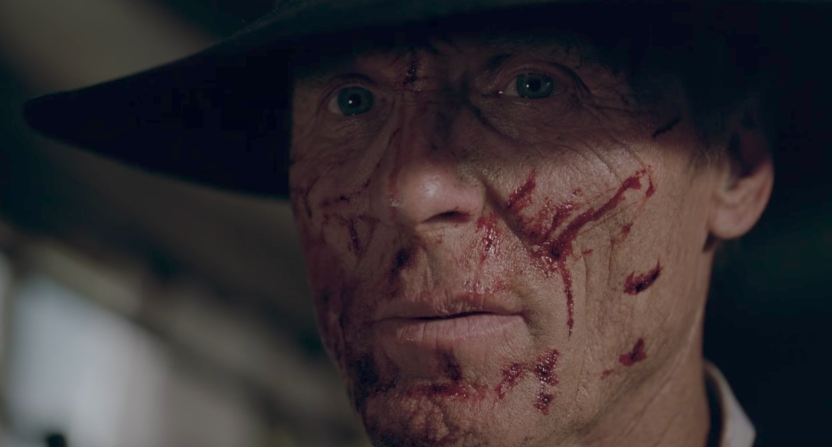 HBO’s smash hit Westworld took its turn previewing its upcoming second season on Saturday at Comic-Con. The second season will premiere sometime in 2018.

Despite the lack of a premiere date and having only been in production for a couple of weeks, fans were surprised with an early trailer for the second season about the futuristic Western theme park:

Full disclosure, I just watched that trailer for the fourth time and will probably watch it a million more times before the second season airs sometime next year.

While this first look at Season 2 didn’t show much, there’s quite a bit to examine. Let’s break it down.

1. Are the worlds colliding?

One of the scenes that was talked about nearly more than any other from the Season 1 finale was when Maeve (Thandie Newton) and her group of rebels stumble upon “Samurai World.”

Well, in the first trailer for season 2, it looks like the worlds may be colliding. 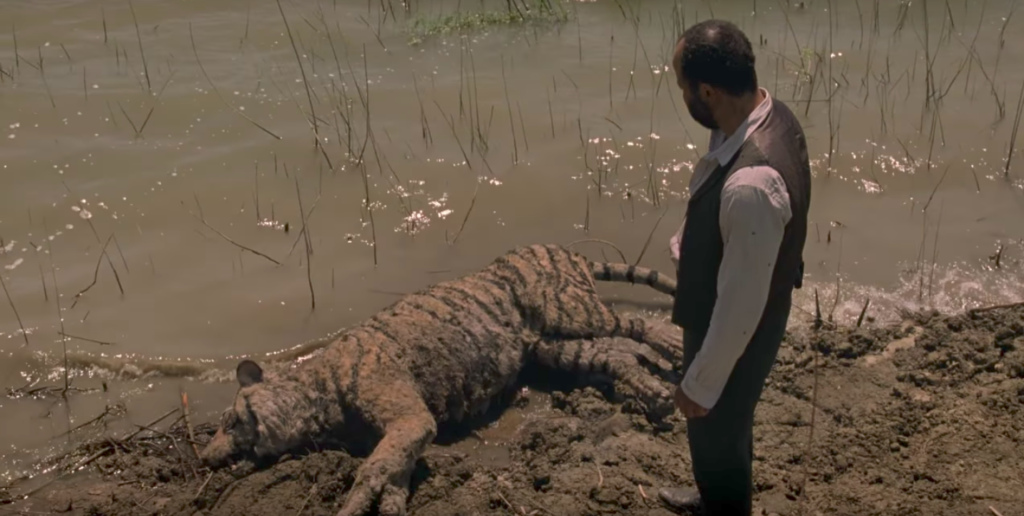 I’m no zoologist, but I’m pretty sure that right there is a tiger. If that’s the case, it’s understandable why Bernard looks so confused. Why would a tiger be in Westworld? It seems like the tiger may have escaped from Samurai World.

2. Humans stumbling on the carnage

The second major clip we see is Maeve and Lee Sizemore (Simon Quarterman) walking into the map room only to discover that all of the humans who work in there have been killed.

We didn’t witness the map room slaughter in the Season 1 finale, but it’s easy to understand how it happened. It’ll be interesting to see how Lee reacts to the sight shown in the trailer and additionally what he is going to do about it.

Lee as a character was always someone who tried to project this profound sense of masculinity, but was ultimately really just a pesky little guy who couldn’t hold his liquor. I think it’s safe to say someone like that doesn’t fare well in the new version of Westworld.

3. What has gotten into Dolores?

Dolores Abernathy, the oldest host in the park (played by the fantastic Evan Rachel Wood), seems to have gone off the rails in this trailer.

It’s easy to understand why too. After all, she did shoot her maker and the creator of the park, Dr. Ford (Anthony Hopkins), in the back of the head in the Season 1 finale.

The very first episode of Westworld portrayed Dolores and Teddy Flood (James Marsden) as this sweet couple who wouldn’t hurt a fly. However, this first trailer for Season 2 shows us that a lot has changed and the two are now the same as the cold-blooded killers who raped and murdered them in the series premiere.

4. Will security save the humans still alive or run for their own lives?

We get a quick glimpse of Ashley Stubbs (Luke Hemsworth) and his fellow security guards rolling through the park in all-terrain vehicles. I’m curious what they can really do about what’s happening with the hosts.

It’s not like Stubbs and his team are only going against Samurais who can now kill them. If they were only going up against sword-wielding fighters, Stubbs and company would have a huge advantage.

Instead, Stubbs and his security team have to fight against Western hosts who have gone rogue and have guns. On top of that, we don’t know how big Stubbs’ team is and if they’ll have to call in back-up — you know, the real actual police and/or military outside the park — to help keep some of the human visitors safe.

The Man in Black (Ed Harris) is arguably the most famous visitor to the park. At times last season, he and his younger version (portrayed by Jimmi Simpson) made it seem like The Man in Black may own the park, or at least have the most important seat on the board.

If this is the case, he has a very important role to play going forward with Dr. Ford having been killed. In the trailer, we only see a closing shot of Harris’ Man in Black, but it may be the best shot of the trailer. 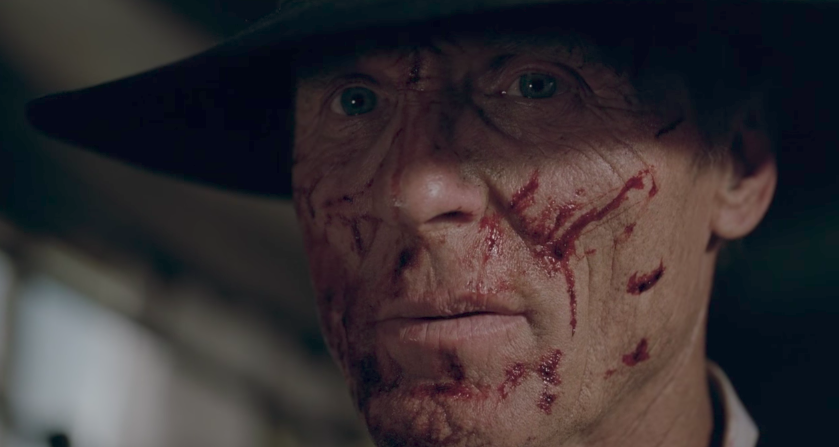 What is The Man in Black going to do next season, now that the game he has so badly wanted to play in Westworld is available to him? He’s now equal to the hosts he’s killed over and over for years and while that may be exciting, it also means he can be shot and killed at any moment.

A couple other of notes about this trailer:

** The use of “I’ve Gotta Be Me” by Sammy Davis Jr. is absolutely fantastic. The lyrics, specifically, are perfect based on what we see at times, and just the name of the song fits so well. Throughout Season 1, humans and hosts wondered who they were and in Season 2, with the rules being no more, humans and hosts will truly get to be themselves.

** A couple of people were notably absent from this early trailer, particularly Peter Abernathy (Louis Herthum), Clementine Pennyfeather (Angela Sarafyan), and Elsie Hughes (Shannon Woodward). Abernathy has been bumped up to a series regular and Clementine was a terrific character in Season 1. Meanwhile, Elsie was kidnapped by someone towards the end of Season 1 and hasn’t been seen since.

A simple explanation as to why none of these characters were seen could be that they haven’t shot any scenes worthy of being in a trailer yet. Another explanation could be the producers and writers don’t want to give anything away.

** There was no additional information as to when the show will air other than “IN 2018”. After production and writing issues during Season 1, HBO let Westworld take all of 2017 to produce the next season, so that it wouldn’t be rushed. With 2017 now halfway over, it’s interesting that HBO and Westworld didn’t indicate as to when the show will air. I’m not saying put “PREMIERE JULY 1, 2018,” but maybe instead something like “Summer 2018.”

** Outside of the tiger, no samurais were shown. As I said earlier, the Samurai World scene was talked about a ton after the Season 1 finale aired, so it’s curious to see no reference to it in this trailer (besides the tiger, of course).