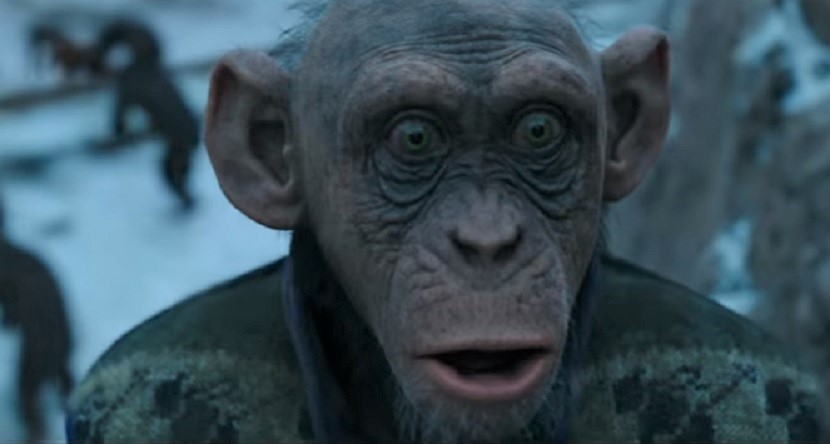 On Monday, the staff of The Comeback picked the summer movies we were most excited to see. Among the selections was War for the Planet of the Apes, the third installment of what has been one of the most surprising and successful movie reboots of the past 20 years.

Prequels sometimes try to be too clever by making too many connections to the original films they precede. (Hello, Prometheus.) Or they try to explain something that didn’t need explaining. (The Phantom Menace.) But the Planet of the Apes prequels have succeeded by trying to tell its own standalone story. Presumably, we know that the story will eventually get to the future depicted in the original five-film series. But these newer movies aren’t concerned with making that jump ahead to the future, focusing instead on their current setting. How did the humans lose control to the apes? How did the apes evolve into intelligent, strategic beings?

Three films in, we don’t yet know if War for the Planet of the Apes is the final step before the original 1968 movie. But it certainly appears possible as the apes and humans go to war for what could be a decisive conflict. Woody Harrelson takes on Caesar! Here is the final trailer before War‘s July 14 release:

As many Planet of the Apes devotees have pointed out, this new movie apparently makes the first tangible connection to the original film series with the orphaned, mute little girl (Amiah Miller) whom the apes take in. According to the film’s producers, that little girl is intended to be the young version of a woman named Nova, who was in the first two Apes films (played by Linda Harrison).

Does this mean she’ll develop into the same character who became the love interest to Charlton Heston’s George Taylor? That probably depends on how far this prequel series goes, and whether or not it ends up rebooting the original movies. But the teaser for this final trailer certainly drew that connection to Heston.

Director Matt Reeves has done excellent work with these movies, putting himself into A-list filmmaker territory (and Warner Brothers’ first choice to take over The Batman from Ben Affleck). Dawn of the Planet of the Apes was one of the best films of 2014 (at least in one writer’s opinion), a dramatic action film with emotional stakes that wasn’t overcome by CGI spectacle.

Yet the digital effects work in these films is outstanding, fueled by the motion-capture performance of Andy Serkis. A CGI character has never been more compelling than his Caesar. (Talk that Serkis should eventually be nominated for an Oscar is probably overblown, but that it was ever mentioned as a possibility speaks to the quality of work he’s done.) And there wouldn’t be as many apes — in as great a variety — without the use of digital technology. Still, Reeves uses those effects as a tool, not a crutch, which is one of many reasons these prequels have been so good. Expecting this to be one of the best films of the summer, if not the year, is just pointing to a bar that he’s already set.

War for the Planet of the Apes opens in theaters July 14.