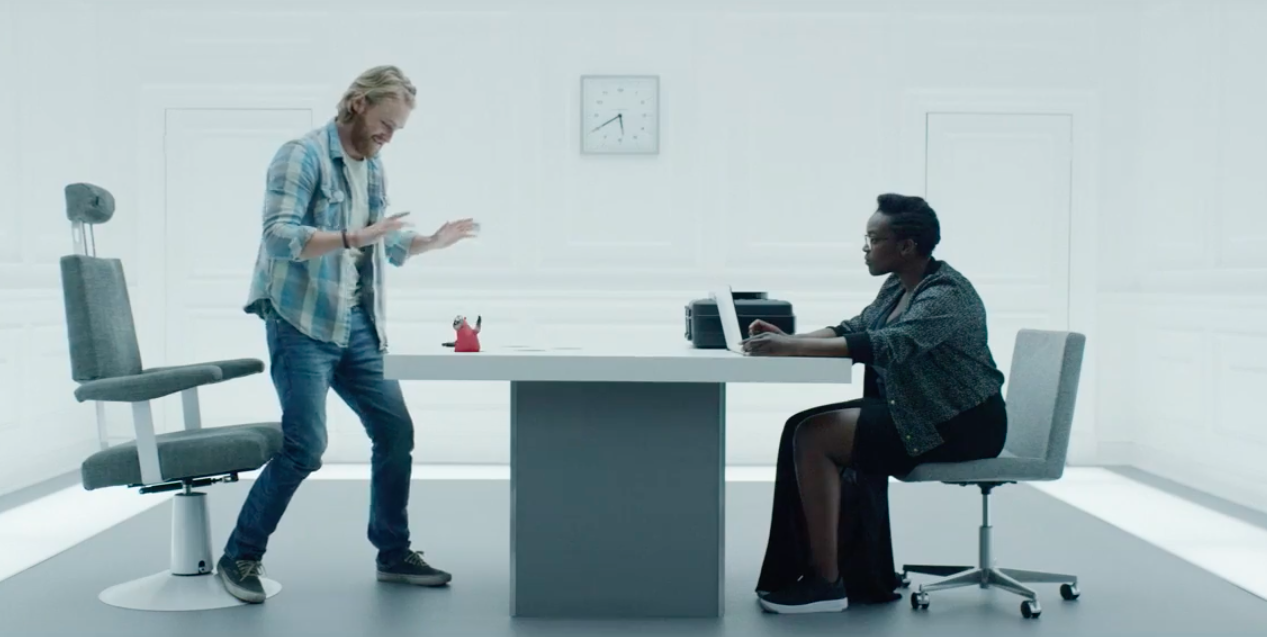 The first-ever episode of the anthology series Black Mirror involved the Prime Minister of the United Kingdom having sex with a pig on national television. And it only got more disturbing from there.

If you haven’t seen the first two seasons of the show, which originally aired on Channel 4 in the UK, it’s a moral imperative that you remedy that. Imagine The Twilight Zone but each episode deals with a future reality where technology has changed the way we live and how that might not always be a good thing. As show creator Charlie Booker put it, “they’re all about the way we live now – and the way we might be living in 10 minutes’ time if we’re clumsy.” Clumsy might be the nicest way to put it.

The show was such a breakout success that Netflix ordered a third season of the show (with a fourth already schedule). The trailer for the six-episode, third season has now dropped.

Whereas the show has mostly featured British actors up until now (except for a standalone Christmas episode featuring Jon Hamm), this season’s episodes are a mix of American and English cast-members. Familiar faces include Bryce Dallas Howard, Alice Eve, Kelly Macdonald, Cherry Jones, and Jerome Flynn.

Here’s what we know about each episode.

Nosedive: Written by Charlie Brooker, Michael Schur & Rashida Jones (both of The Office and Parks & Recreations), it’s about an insecure office drone (Bryce Dallas Howard) who lives in a future where every social interaction is obsessively ranked and rated. She is constantly trying to catch up to her friend, played by Alice Eve.

Playtest: A thrill-seeker visits Britain to test the latest in video game technology, which leads to some mind-bending terror.

Shut Up and Dance: A teenager falls into an online trap and is forced into an alliance with a strange man as they try to fend off a mysterious threat.

San Junipero: A 1980s-era episode (which raises all sorts of questions for a forward-thinking anthology series) about new arrivals in a beach town “synonymous with sun, surf, and sex.”

Men Against Fire: Soldiers is protecting a village from some kind of mutants alongside and hoping that a new technology will save them. Brooker said this episode is influenced by drone warfare but is “a horror thriller, almost like The Walking Dead.”

Hated in the Nation: A 90-minute episode (the series’ first). This one is a crime drama inspired by the Scandinavian noir thrillers that are very popular in Britain. A police detective and her sidekick investigate a string of murders linked to social media. It sounds procedural but apparently takes “a bizarre turn.” In a way, that’s what we’d expect.

Season three of Black Mirror premieres on Netflix on October 21.