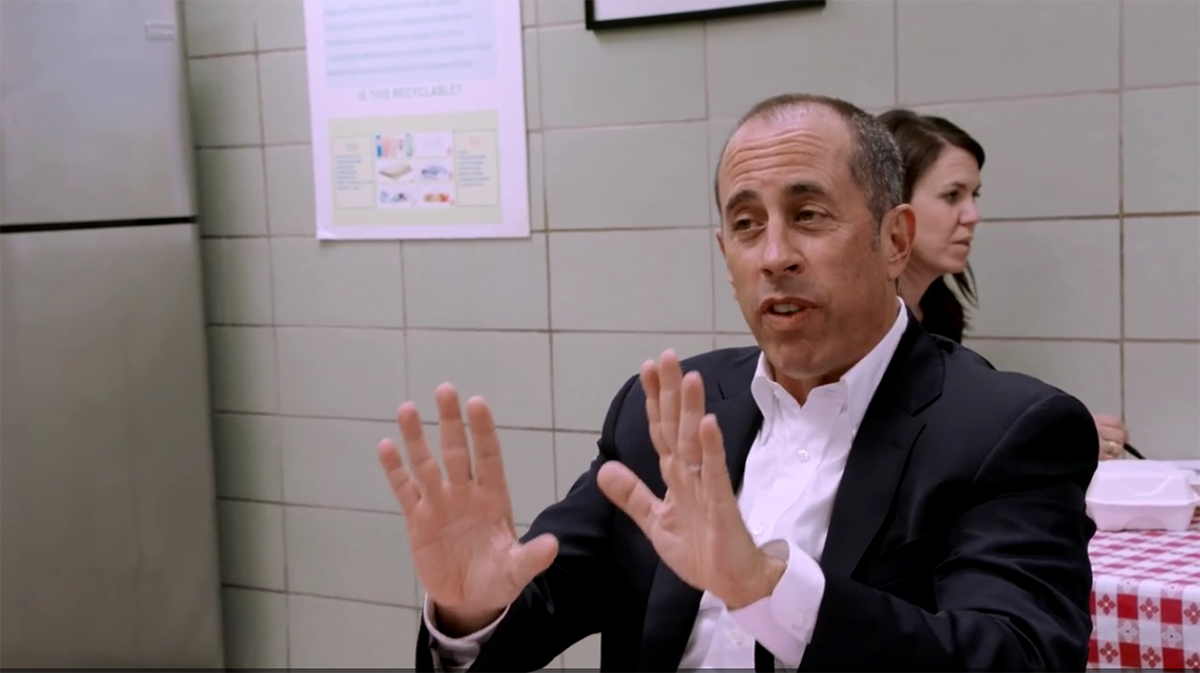 Jerry Seinfeld was on The Late Show with Stephen Colbert on Wednesday night to plug both his hit web series Comedians in Cars Getting Coffee and his newly-announced residency at the Beacon Theatre in New York, where he will be performing once a month for a year.

If you’re a fan of CICGC—an abbreviation I think I might be the only person who uses regularly, but dammit I’m going to make it stick—you know that Seinfeld’s brand of observational humor is still really funny, even if his stand-up routine has never felt quite as natural in its delivery as the conversations that take place in cars and/or coffee shops with his friends. The jokes are the same, but they just seem to land better when presented in front of a camera with one person across from him as opposed to the presentation Seinfeld uses when talking to a concert hall or studio audience.

In other words, when Jerry Seinfeld is talking to you, he’s hilarious. When he’s talking at you, it feels more like an act. And still, it can be a damn funny act. Take his, well, take on the philosophical and physiological conundrum that is… donut holes.

The lead in and out of the donut holes bit was a little throwbacky—”what’s the deal with fat people and TV dinners”—but the middle two or three minutes is just downright hilarious. Now, Seinfeld has made more money than maybe anyone on the planet just for being funny, so when you go see him, remember the audience he’s looking to entertain. He isn’t breaking new comedic ground with his set; he’s not going to smash a watermelon while talking about six women he’s group-texting at once without them knowing they’re all on a group text while he’s Tindering a SnapChat party on Instagram. (That’s what comedy is now, yes?). But he’s going to make you laugh. Because he’s funny.

If you are lucky enough to get tickets to the Beacon Theatre to see Seinfeld’s residency, can you wait until I get mine first? Or better yet, can you buy me a seat? I don’t need a big one.

Here’s the full episode of Colbert, with Seinfeld, Rand Paul and Andra Day, if you are so inclined.