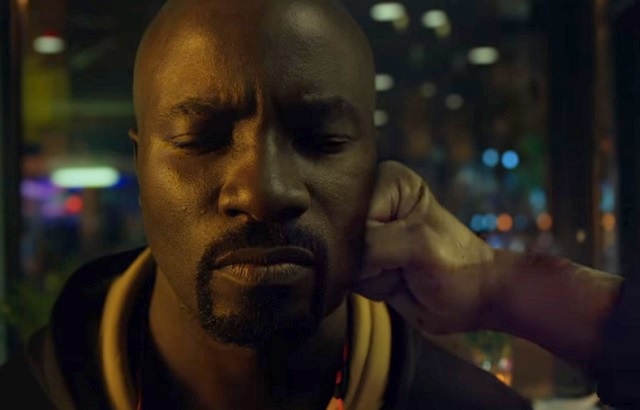 Marvel and Netflix debuted a teaser trailer for its upcoming Luke Cage series (along with Iron Fist and The Defenders) at Comic-Con. Two weeks after the festivities ended in San Diego, and perhaps nicely timed following the release (and largely negative reviews) of DC Films’ Suicide Squad, Marvel posted the full trailer for its next Netflix series online Tuesday.

The new trailer is a minute longer than the preview shown at Comic-Con and subsequently released online. Rather than just pure action meant to show what Cage can do, there’s a little bit of room to include some story and additional characters, notably Rosario Dawson’s Claire Temple (previously seen in Daredevil and Jessica Jones) and Mahershala Ali (House of Cards) as Cornell “Cottonmouth” Stokes, the villain of this first season.

Check out the full trailer for Luke Cage:

Though the series looks as if it could conceivably take place before season one of Jessica Jones, where Cage was first introduced, star Mike Colter revealed last fall that this season would take place several months afterwards. The character is trying to start over in Harlem, after all the drama that went down in Hell’s Kitchen, but ends up playing the role of protector in his neighborhood when he realizes his superhuman abilities allow him to help. (Given all the doors and windows he smashes, Cage will definitely be providing work for Harlem’s local contractors and repairmen.)

So season one of Luke Cage obviously won’t be an origin story, but it appears there will be some elements of establishing his background and explaining how he got superhuman strength and bulletproof skin through flashbacks. A few clips in the trailer show Cage being subjected to experiments that give him his powers, which would be consistent with his comic book origin. The shoutout to longtime comics fans is the metal headband and wristbands Cage is sporting after breaking free from his containment tank. 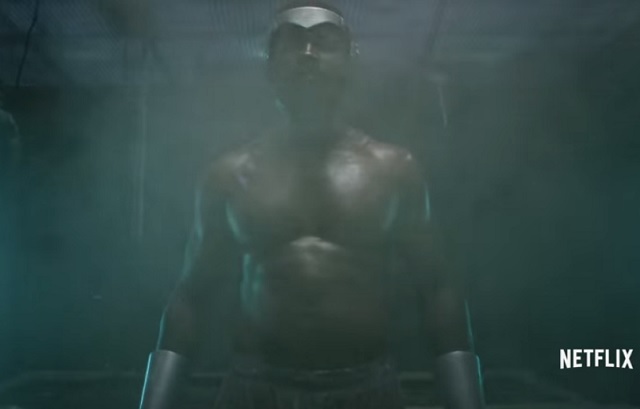 Nice touch. If you’re not familiar with Luke Cage’s original look, which was clearly designed in the 1970s to capitalize on the blaxploitation movies of the era, here is a look at the headband and wristbands in illustrated pose.

The chain belt would probably be too much, and what you can’t see are the tights and cuffed boots his Power Man outfit included. But Cage will surely sport a yellow shirt here and there throughout the series. That’s an easy wink to the fans. 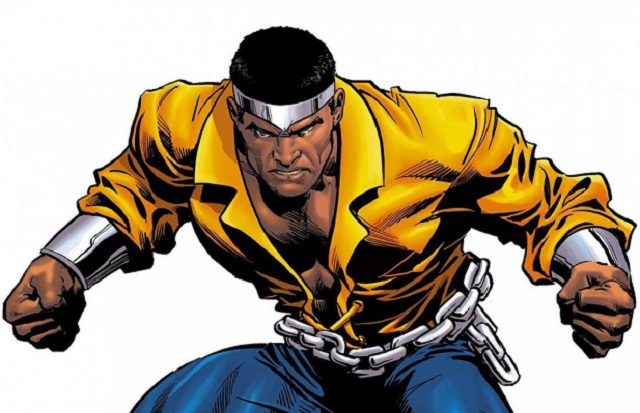 Marvel and showrunner Cheo Hodari Coker (Ray Donovan, NCIS: Los Angeles) seem intent on creating a different look and feel for this series, while also keeping it in much the same world that Daredevil and Jessica Jones exist in. Coker has revealed that each episode of Luke Cage season one will be titled after a Gang Starr song.

#LukeCage . One "Moment of Truth." Two: "Code of The Streets". Three: "Who's Gonna Take The Weight?

No word on whether or not music cues will be a big part of the show’s soundtrack. That seems doubtful, as licensing rights can get expensive for a production. (Using music can also be way overdone, as seen and heard in the first half of Suicide Squad.) Perhaps Coker has some songs in mind that will be used at just the right place, as Ol’ Dirty Bastard’s “Shimmy Shimmy Ya” was in the teaser trailer.

But A Tribe Called Quest’s Ali Shaheed Muhammad will be scoring the series, along with producer Adrian Younge, and you get a hint of the soulful, 1970s vibe they’re going for in the full trailer. 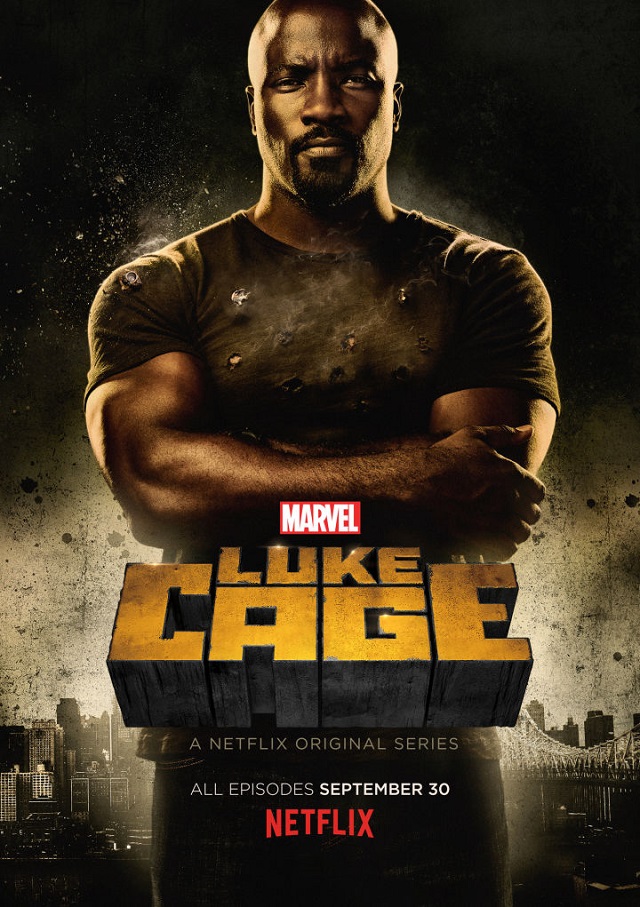