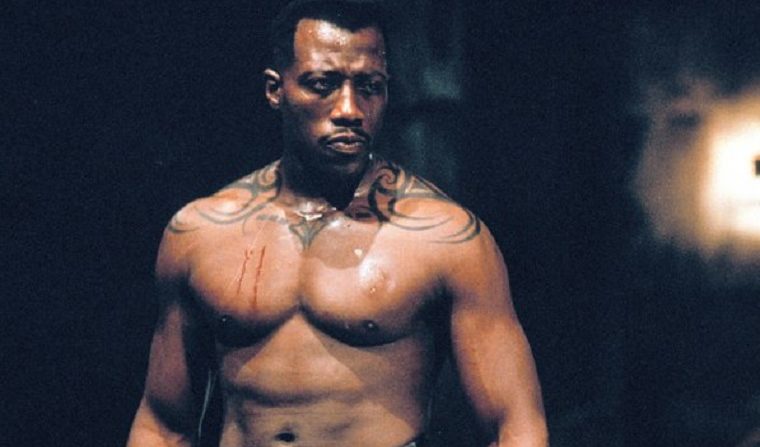 Marvel’s Black Panther is set to hit theaters in two weeks and its premiere Monday night drew raves across social media and the movie press. Had this movie come out nearly 25 years ago, however, it might have been Wesley Snipes portraying the king of fictional African nation Wakanda, rather than Chadwick Boseman (42).

With comic books’ first black superhero about to headline his first big-budget film, the actor recalled his attempt to play Black Panther to The Hollywood Reporter. At the time, in the early 1990s, Snipes’ star power was blazing with hits like White Men Can’t Jump, Rising Sun and Demolition Man. Yet even that wasn’t enough to get a Black Panther movie made. A big problem was that movie executives identified the term “Black Panther” with the black activist group of the 1960s. Superheroes weren’t the pop culture industry they are today, so the recognition wasn’t there.

That was also an issue when Snipes met with potential directors for the project, such as John Singleton (a hot name at the time, coming off Boyz n the Hood):

“I laid on him my vision of the film being closer to what you see now: the whole world of Africa being a hidden, highly technically advanced society, cloaked by a force field, Vibranium,” Snipes begins. “John was like, ‘Nah! Hah! Hah! See, he’s got the spirit of the Black Panther, but he is trying to get his son to join the [civil rights activist] organization. And he and his son have a problem, and they have some strife because he is trying to be politically correct and his son wants to be a knucklehead.’ “

Snipes showed he had a better understanding of what makes blockbuster properties possible and why superheroes have been such a success by asking Singleton where the toys would be in his concept for the Black Panther. A movie that can also get some displays and shelf space at Target and Walmart definitely has a chance at becoming a blockbuster.

If Snipes is to be believed — and it’s certainly easy to say now — his vision was much closer to what we’ll see from Marvel beginning Feb. 16 and got a hint of from the character’s debut in Captain America: Civil War. He wanted to depict a technologically advanced society hidden in Africa, fueled by the natural resource Vibranium, which can make the hardest metal on the planet.

But movie technology in the early 90s obviously wasn’t what it is today, so digital effects wouldn’t have been able to create Wakanda as easily and believably. Innovations have also been made in costuming and make-up, which makes a far cooler-looking Panther costume in 2018 than what Snipes might have had to roll with in 1995 or so.

“Actually, I figured it would be a leotard,” he says. “A leotard with maybe some little cat ears on it. I would have to be in shape and just be straight bodied up. I never imagined anything more than a leotard at the time, which I didn’t have a problem with because I started out as a dancer.”

Snipes is right about one thing: His physique would’ve been able to pull off wearing a spandex outfit just fine. But we’re probably far better off with the outfit that Boseman is wearing in his movie. We’ve come a long way since the first X-Men movie was afraid to put the mutant superheroes in their colorful comic book costumes, opting for black leather instead.

The actor was able to move on to another black superhero, however, starring as vampire hunter Blade in three films. The first Blade movie in 1998 arguably kickstarted the cultural explosion of superhero films, demonstrating to studios that material based on comic books could do well if treated seriously.

In addition to advances in movie technology and pop culture acceptance, the 2018 Black Panther film also benefits from better comic book storylines being written for the character. Snipes’ attempt to get a movie made preceded influential comic book story arcs like Christopher Priest’s 1998 run that showed King T’Challa was a hero who could carry in his own title, while also modernizing the character by making Wakandan technology a much bigger part of the mythology, along with establishing Erik Killmonger (played by Michael B. Jordan in the upcoming film) as a viable adversary for Black Panther.

Over the past year, renowned essayist and columnist Ta-Nehisi Coates has authored a new Black Panther series for Marvel. That book was produced with the intent of capitalizing on the character’s higher profile coming out of Civil War and the upcoming solo movie, but we’ll see if Coates’ stories have had any influence on Ryan Coogler (Creed) and the film he’s created.

Black Panther, moving on without Wesley Snipes, will be in theaters on Feb. 16 (though many of you will probably see it the previous night).