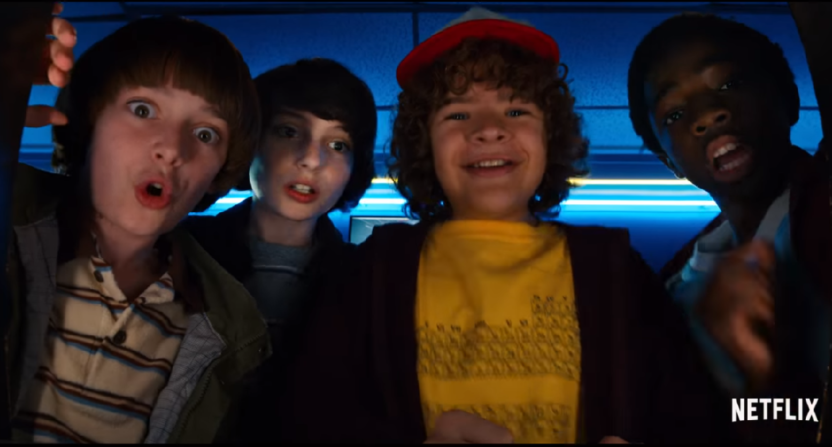 There will be plenty of spoilers divulged below regarding both seasons of Stranger Things. Consider yourself warned.

The fear heading into the second season of Netflix’s breakout series Stranger Things was that the show would give in to fan service and the pop culture references that informed the characters and plots without overtaking them. While there were some moments that felt like they edged close to doing so (the over-emphasis on Barb, that weird backdoor pilot episode, a few 80s references too many), the second season maintained much of the fun and intensity from the first and ensured that fans will be eagerly anticipating the arrival of season three (or, Stranger Things 3, if The Duffer Brothers have a say) at some point in the (hopefully) near future.

In the meantime, all we can do is wonder what specific plot points and storylines might come up and how what’s happened so far informs those possibilities.

Will We Meet One Through Seven, Nine, and Ten?

Last year when we wondered what the second season might have in store, one of the biggest unanswered questions was whether or not we’d ever meet some of the other test subjects. It stands to reason that since Eleven is named for the tattoo on her wrist, there would be at least ten other people potentially out there to discover.

Season two got off to a tantalizing start when we were introduced to “Eight,” whom we later found out was Kali. Also imbibed with special powers like Eleven/Jane, the cold open tease gave us an exciting possibility of the two getting together at some point later in the show. Unfortunately, while that did happen, it took place in a very questionable seventh episode of the season. The standalone story acted like a backdoor pilot for a Stranger Things spin-off and focused on a ragtag group of young people living in Chicago with Kali. The episode stopped the overall plot of the show dead in its tracks and forced us to spend an hour with a group of people we didn’t care about. By the end of the episode, Kali and Eleven/Jane parted ways with the implication that it’s unlikely they’ll meet up again for a while.

While that was the rare Stranger Things plotline that fizzled out as a dud, it still keeps the door open to discover more test subjects. If there’s an Eight, it’s possible there’s a Nine and a Ten yet to be discovered as well. The Duffers have been very deliberate in limiting Eleven’s backstory to what’s relevant in each season, so there is plenty of room to insert more flashbacks and characters. There’s also the possibility that while the government facility in Hawkins is now closed that it wasn’t the only facility involved in the experiments.

Should the Upside-Down Take a Timeout?

Both season one and season two follow very similar story arcs. There’s a door open between our world and the Upside-Down. Something from the Upside-Down is crossing over and causing problems. Will is in peril. Eleven and the boys need to team up with the adults to figure out how to fight back against the monsters while the shady government folks stand in the way. The Duffers have said they envision Stranger Things as a four-season story which means season three would be a great chance to let the story transition into something new. While the end of the second season sets up that the Mind Flayer clearly has its sights set on Eleven and our world, it’s not something that needs to be rushed. Instead, perhaps we can see what happens when everyone in Hawkins has to deal with an even greater terror…high school. That includes Eleven, who could begin to live a “normal” life and see how that works (or doesn’t work).

Of course, you could easily keep the Upside-Down on the periphery and re-introduce it late in the season, but the show needs to remain fresh and just trotting out the same storyline once more won’t do it any favors. Maybe there’s an opportunity to introduce a Big Bad that has nothing to do with the Upside-Down. Maybe we’ll meet one of the other kids who was experimented on and they’ll be “evil.” Maybe the secret government folks will set up shop someplace else and the stories will intersect. There’s a lot of room to play with and it’d be nice to stretch things out a little bit for the characters.

If nothing else, let’s give poor Will a break for at least one season. With the trauma that kid has been through so far, he’s destined to grow up to be a serial killer.

What About Those Dangling Threads?

One thing the Duffers are extremely good at is leaving breadcrumbs along the way without trying to call overt attention to them. Season two ended with a handful of loose threads that could easily be picked up in the third season to inform where we’re going. Perhaps the most obvious is the “dead demedog” that Steve shoved into the freezer. It was a bit strange that we didn’t hear what happened to it in the “one month later” coda, and the show is too good to just forget about it. Chances are, wherever “Chekov’s Demedog” ended up, it will be discovered by the wrong people and bring a whole host of trouble down on our heroes.

The other one is the mist that was emitted in the Upside-Down tunnels by those sucker things on the walls. Both Hopper and Dustin inhaled the mist which seemed to affect them temporarily but then had no longterm side effect we were aware of. Why insert that detail if you’re not going to pay it off down the road? It just seems likely that it will come into play in the future, but exactly how remains to be seen. Hopefully, both characters, who are among the favorites on the show, don’t slowly morph into demegorgans. That would be a bummer.