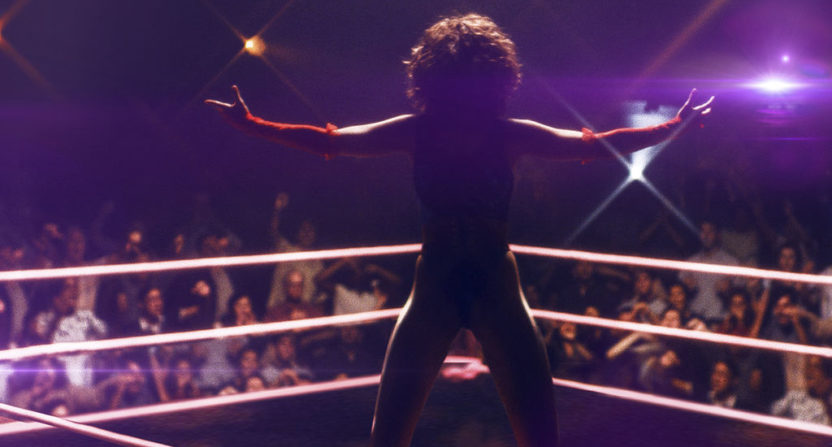 Netflix flexes their original content muscles with several new shows and films in June, and they also get a big addition thanks to their deal with Disney.

Original shows added to Netflix in June include Season 5 of Orange is the New Black, the highly-anticipated first season of GLOW (an ’80s women’s wrestling series starring Alison Brie), and new seasons of Flaked and The Ranch. Two new Netflix original films to keep an eye on are Okja (featuring a *loaded* cast), and Shimmer Lake (starring Rainn Wilson).

And due to their deal with Disney, Netflix brings Moana on board, after the animated film just hit theaters at Thanksgiving. That’s pretty neat, and should especially make parents happy.

But, as is the case each month on Netflix, with the additions come subtractions. This month, it isn’t too bad in that department. But we’ll lose This is Spinal Tap!, Honey, I Shrunk the Kids, D2: The Mighty Ducks, The Blair Witch Project, and all eight seasons of CSI: New York. Then again, if you really care about any of those selections, odds are you’ve already seen them plenty enough anyway.

Here’s a full look at what’s coming to Netflix in June. (I’ve put some notable titles in bold to try to help you out, but keep in mind there may be some selections you find more important than I do):

Rainn Wilson goes from assistant — to the — regional manager selling paper at Dunder Mifflin to starring in this “darkly comic crime thriller”:

Unfolding in reverse time, this darkly comic crime thriller follows a local sheriff hunting three bank robbery suspects, one of whom is his brother.

I thought The Ranch had very little chance to even get a second season when I saw the Season 1 trailer, but people must be liking it, I guess.

I would break down the trailer for GLOW, but our Ian Casselberry already did a much better job of that than I could.

Warning: This is one of the weirdest trailers you’ll ever see. But the film certainly looks promising, and has an incredible cast. Just some of the notable cast members in the film (directed by Bong Joon Ho), for example: Tilda Swinton, Jake Gyllenhaal, Lily Collins, Steven Yeun, Giancarlo Esposito, and Paul Dano.

D2: The Mighty Ducks
Honey, I Shrunk the Kids
Heterosexual Jill
House of Wax
Kidnapped
Knuckleball!
Las mágicas historias de Plim Plim: Season 1
L’Auberge Espagnole
Serendipity
The Black Power Mixtape 1967-1975
The Blair Witch Project
The Good Guys: Season 1
The Hustler
The Little Rascals
The Prince & Me
The Teacher Who Defied Hitler
The Three Musketeers
The Way of the Dragon
This Is Spinal Tap
Two Step
We Are the Giant