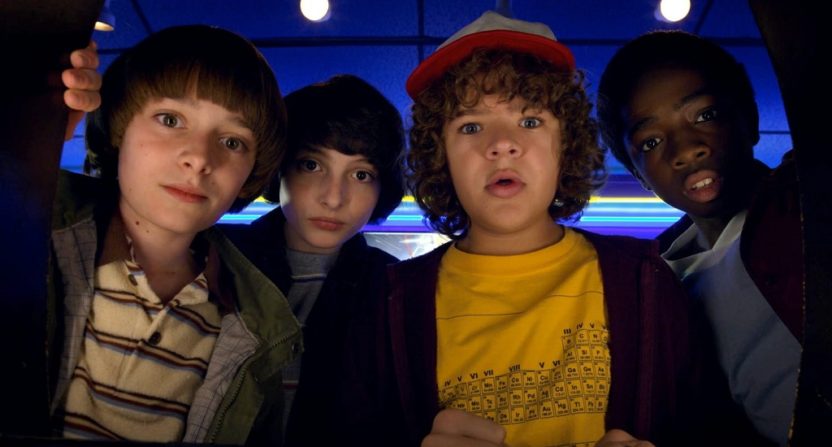 And if you need to get your Halloween season fix before Stranger Things, you can watch Cult of Chucky —  the seventh installment of the Child’s Play franchise — beginning Oct. 3.

Unfortunately, we’re losing some very popular television shows in October, including all seasons of 30 Rock, Friday Night Lights, The Wonder Years, Malcolm in the Middle, Louie, My Name is Earl, One Tree Hill, and The Bernie Mac Show. Several seasons of Family Guy and The Cleveland Show also exit Netflix in the second half of the month.

Here’s a full look at what’s coming to Netflix in October. (I’ve put some notable titles in bold to try to help you out, but keep in mind there may be some selections you find more important than I do):

October 2
Mr. Dynamite: The Rise of James Brown
Sleeping with Other People

I remember renting Bride of Chucky at Blockbuster in the late 90s, and that was a very poor use of money. At least Cult of Chucky is free with a Netflix subscription!

The Death and Life of Marsha P. Johnson (Netflix Original)

Mindhunter looks like it has the potential to be the next great Netflix series, and the trailer gives out some True Detective-esque vibes.

The Comeback’s David Rogers took an in-depth look at the Stranger Things Season 2 trailer, which features Michael Jackson’s “Thriller”, and the producers say that was a “pain in the ass” to make happen.

Joan Didion: The Center Will Not Hold (Netflix Original)