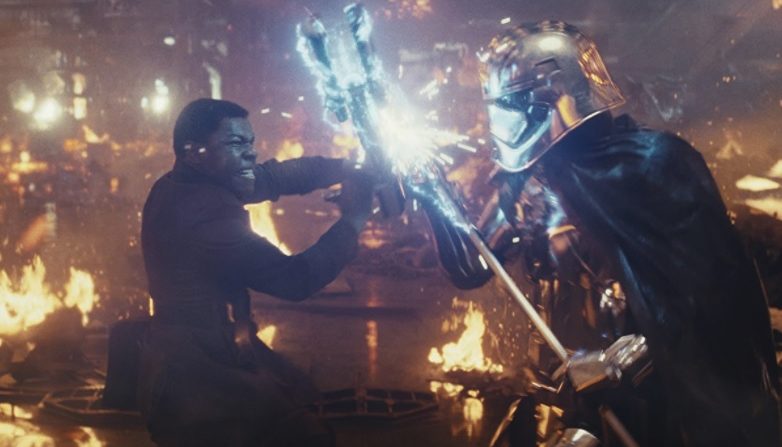 If you haven’t yet seen Star Wars: The Last Jedi, this piece gets into spoiler territory. So this is a spoiler warning. Please check back after you’ve seen the movie, though. We’ll still be here!

I loved Star Wars: The Last Jedi. I thought it was fun and it included some of my favorite scenes of the Star Wars Skywalker saga. But while I did enjoy the movie, I also didn’t like it that much narratively. The one thing that frustrated me the most above all else wasn’t how Luke was treated, but what happened with four other supposed main characters.

On the First Order side, Snoke and Captain Phasma barely received any screen time and ended up killed senselessly. With the Resistance, Finn and Poe Dameron were basically pawns in the story after playing much larger roles in The Force Awakens.

These four characters appeared to be extremely important to the overall saga when they were introduced Episode VII. But after walking out of the theater after Episode VIII, I wondered if these were the same characters I watched just one movie earlier. Let’s look at each of their particular story arcs in The Last Jedi: 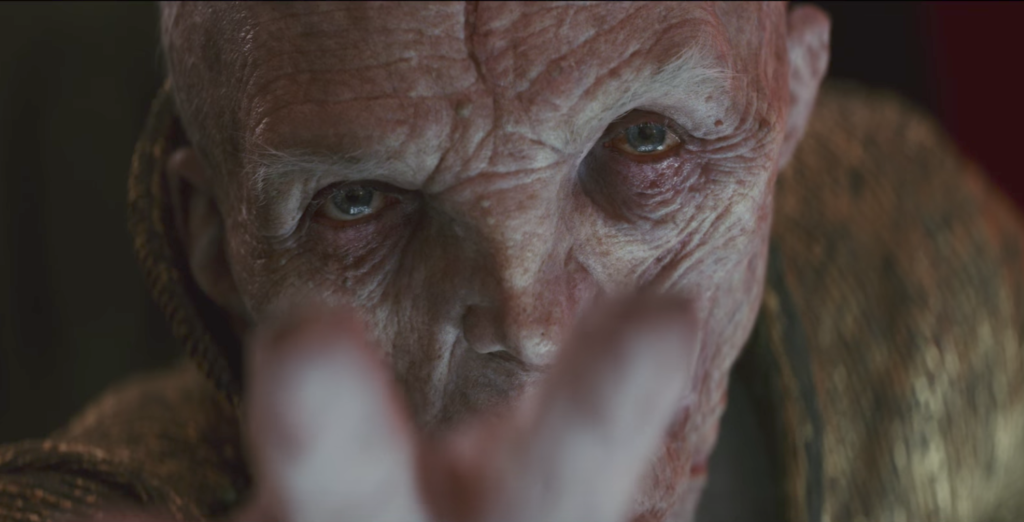 During the first six movies of Star Wars saga, the leader of the Empire was Emperor Palpatine. The Sith Lord ruled with an iron fist and seemed untouchable. Whenever he came close to being overthrown or killed, he managed to escape. That was, of course, until he was killed by Darth Vader in Return of the Jedi.

When Snoke was first introduced to us in Episode VII, I immediately got the feeling that he would be the equivalent to Palpatine. Not just because they shared the same position of power, but his command of the First Order and Kylo Ren made it seem like he would live safely until Episode IX when presumably somebody would kill him.

Then, midway through The Last Jedi, he was cut in half. That’s it? We don’t find out more about his background and he plays no bigger role in the overall story?

We didn’t know anything about Snoke going into the new trilogy and I couldn’t really tell you much about him two movies in. We knew he had power over Kylo Ren and that he had immense knowledge of the Force, but nothing more than that. Compare that to Palpatine and, well, Snoke seems like the least important Sith Lord ever.

Snoke had the potential to be this overarching character and more important villain. But instead of that, he was someone who just wasn’t as crucial as he seemed. In fact, he couldn’t focus on two things at once and as a result, Kylo Ren cut him in half. That doesn’t sound like a Sith Lord to me.

When I first heard that Gwendoline Christie was cast in the new Star Wars trilogy, I was ecstatic. She does a terrific job playing Brienne of Tarth on Game of Thrones and I couldn’t see her failing in her Star Wars role.

Christie did a great job at Captain Phasma, but no offense to her, most actresses could have. That’s because in the two newest Star Wars films, Christie’s Captain Phasma was in maybe a total of three to four scenes. Maybe it was more than that, but that’s all I remember her in. In The Force Awakens, she was in the movie’s opening sequence and then once later fighting Finn. In The Last Jedi, she captured Finn and then later fought him to her death.

So much for a formidable leader of the Stormtroopers. Her chrome outfit turned out to be nothing more than a shiny object that attracted more attention than it deserved. A supposedly important character was mistreated in The Force Awakens and The Last Jedi, serving only to show that Finn had rebelled against his oppressor. Both Phasma and Gwendoline Christie deserve more from the filmmakers. 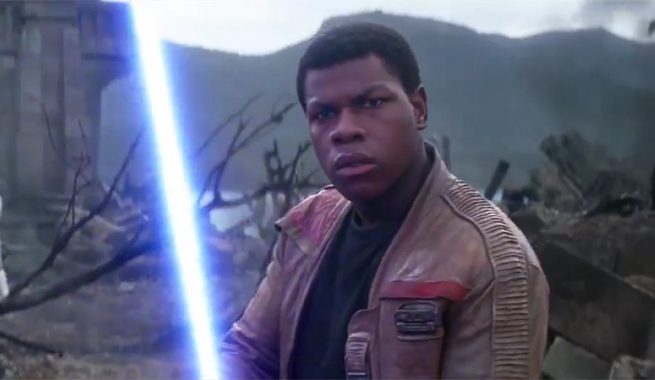 Apparently, we don’t have to worry about those two villains anymore since they won’t be seen again. But two heroes were treated terribly in The Last Jedi as well.

When Finn was introduced in The Force Awakens, he joined the Resistance as a former Stormtrooper who doesn’t believe in the First Order. This was unique,something we never saw from anyone in the first six movies. Trained as a bad guy, but wanting to fight for good made Finn beloved by many fans.

Plus, he had great chemistry with Rey. Because of that, they seemed like the two most important characters on the side of the Resistance. How could you not think Finn was nearly as important as Rey and Kylo Ren fter seeing the trio fight in Episode VII?

But everything changed in The Last Jedi. Finn was basically useless, sent on a random mission that didn’t really accomplish anything other than get him a possible girlfriend. OK, he also killed Phasma, but that didn’t do anything for me.

There was a chance for Finn to not even be included in this article if he was able to follow through on his suicide mission. Since that didn’t happen, Finn just ended up being a useless character who didn’t really add anything but a couple of fun scenes to the movie. 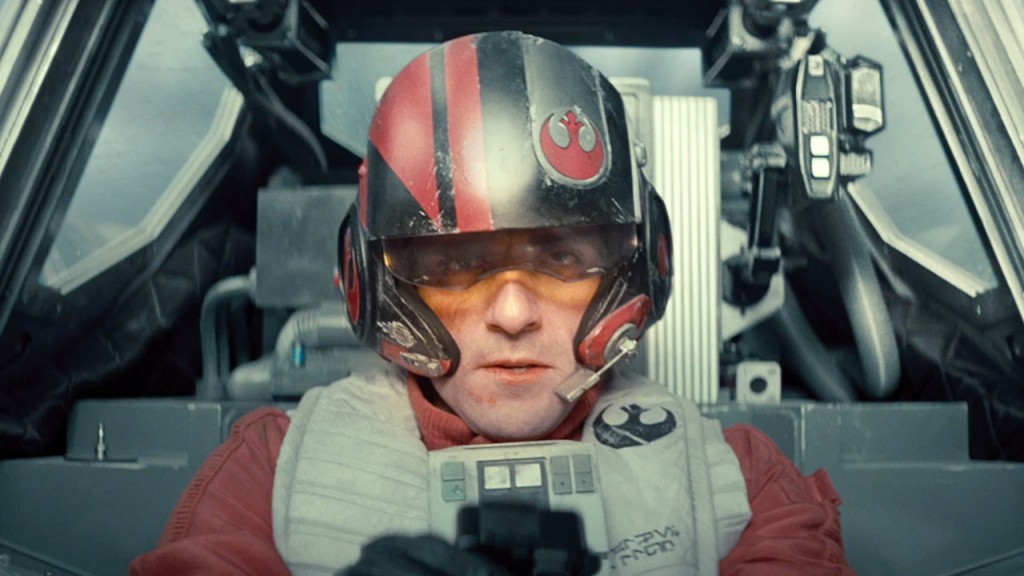 Much like the addition of Christie to the cast, I was thrilled when Oscar Isaac joined the Star Wars universe for Episode VII. When The Force Awakens arrived in theaters, I marveled at Poe Dameron’s ability as a pilot and his storyline.

Going into The Last Jedi, I assumed Poe would serve a similar role and hopefully do much more. I was delighted when most of the movie’s first sequence was devoted to Poe in a X-Wing Fighter. But after that, we got nothing from him. He was just a hothead for the rest of the story.

Not only that, he was a meaningless character. Poe began by destroying a massive First Order ship, though was responsible for many soldiers getting killed, and his arc all went downhill from there. He planned a mutiny, fails to execute said mutiny, get knocked out by Leia, flies a pile of junk at the First Order only to fly away as he neared collision, and then helped lead people out of a cave. And he’s one of the heroes? No, he was mostly a a complainer and out of order. What happened to the character we saw at the beginning of the movie?

Once again, I loved The Last Jedi and thought it was entertaining. But on a storytelling level, it was basically just a love letter to Rey, Kylo Ren, and Luke Skywalker. Those were the only characters who we learned something about as the story developed. I understand it’s hard to develop storylines for multiple characters in two-and-a-half hours. But the four mentioned above were just thrown to the side, and that treatment is a big reason why some Star Wars fans aren’t happy about The Last Jedi.