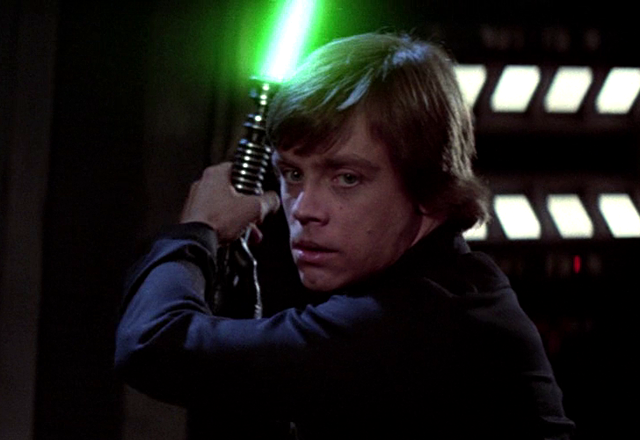 With the overwhelming push of TV spots, along with previous trailers, posters, interviews and all the marketing associated with the upcoming release of Star Wars: The Force Awakens, it’s beginning to feel like there’s not a whole lot that we haven’t seen before watching the actual movie.

However, there is one big question that has yet to be addressed and will presumably be addressed when we see The Force Awakens: Where is Luke Skywalker in all of this?

We’ve seen the old gang largely get back together with Han Solo, Princess Leia and Chewbacca popping up in trailers and ads. But other than a voiceover in the first preview (which was dialogue taken from Return of the Jedi) and the appearance of a hooded figure with a robotic hand that almost certainly has to be Skywalker. But that’s all we’ve seen of our hero from the original Star Wars trilogy. 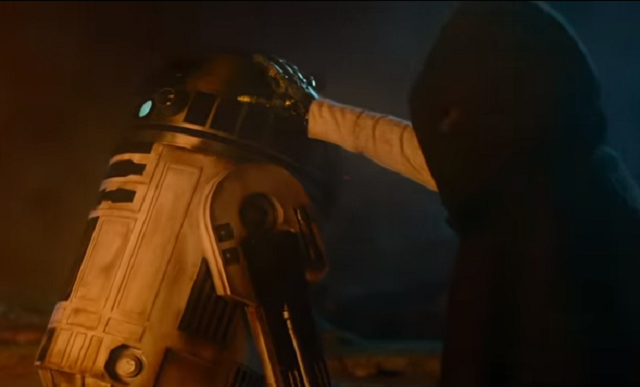 Why is that exactly? Understandably, Lucasfilm and director J.J. Abrams want to emphasize the new cast of characters that will form the core of what will undoubtedly be a new series of films, so we’ve seen plenty of Daisy Ridley’s Rey, John Boyega’s Finn, Oscar Issac as Poe Dameron, and Kylo Ren, the big bad guy played by Adam Driver. But there’s also obviously an effort to reach out to the previous generations of fans and build a bridge between the classic films and these new stories, especially with Harrison Ford and Carrie Fisher featured prominently in the marketing.

Yet Skywalker and Mark Hamill have not been a part of that effort. And that is most definitely not an oversight. As part of his promotional tour, Abrams appeared on The Howard Stern Show and the host asked him what fans have been wondering. Where is Luke Skywalker in this story? Of course, Abrams didn’t go into detail but gave some indication as to why he’s kept the curtain down.

“Here’s the thing,” Abrams said to Stern. “I really want to make sure that we’re not ruining the movie for people that have not seen too much of it before it comes out. I hate when I go and see a trailer and I feel like I’ve just seen the whole movie, and it drives me nuts.” Stern rightly pointed out that people seem to want that from trailers, but he and Abrams both agreed that Star Wars doesn’t really need to be sold that way.

Keeping secrets is something that Abrams has tried probably too hard to do in his recent films, talking about his love for the “mystery box” and withholding information from the audience so that they learn as the story progresses, the way it was meant to be. Abrams also admitted in a 2011 interview with Charlie Rose that he’s still bitter about having a script of his leaked online, fans ripping it apart and the project being killed as a result. (Though he doesn’t name the script, it was for a Superman movie that was in development before Superman Returns was made in 2006.)

This backfired on Abrams when he twisted himself into knots trying to deny that Benedict Cumberbatch was playing the infamous Star Trek villain Khan in 2013’s Star Trek Into Darkness. Abrams and crew insisted Cumberbatch’s character was named John Harrison, not a reboot of Ricardo Montalban’s character from 1982’s Star Trek II: The Wrath of Khan. But as you know if you saw the movie, Cumberbatch was indeed playing Khan, which made the whole effort to conceal that point from the audience seem foolish. The name Khan only means something to longtime Star Trek fans, not to the wider audience that went to see the film.

Obviously, Luke Skywalker’s presence in The Force Awakens is a much different circumstance and presumably plays a much greater role in the story than what someone’s name would be. There’s no need to deceive fans and future moviegoers here. But it’s also not necessary to tell the story before people even take a seat in the theater. Shouldn’t there be something left to the experience of watching a narrative play out? Isn’t it more fun if there’s something left to surprise while seeing a movie?

The question about Skywalker has fueled speculation that perhaps he’s the true villain of the newest Star Wars film. Could Luke have gone over to the Dark Side of the Force after seemingly defeating it in Return of the Jedi? Maybe he’s the puppetmaster pulling Kylo Ren’s strings. (Some think he could be Ren, though it’s known that Driver is playing the role.) We won’t get those answers until The Force Awakens his theaters on Dec. 18.

Until then, Abrams is protecting us from our worst impulses as fans. If you want to get that information before seeing the movie, you can probably find it online if you dig far enough. But why would you want to do that to yourself? Resist the Dark Side here, man.