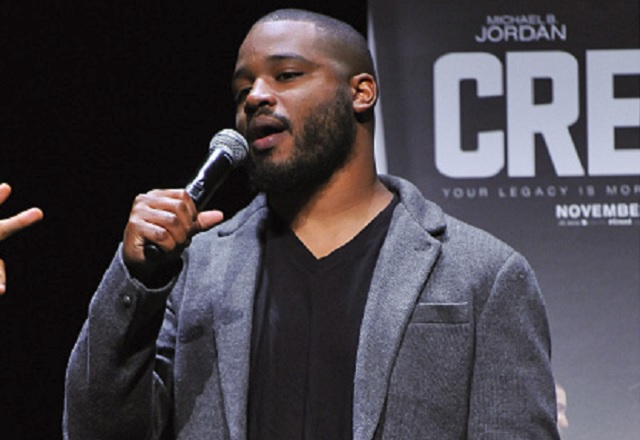 During the New Year’s holiday weekend, Creed passed $100 million at the box office. That presumably gives director Ryan Coogler some strong bargaining leverage with a studio for his next gig.

Not only has Creed‘s success been enormously profitable for MGM (considering the movie’s budget was $35 million), but it solidly establishes Coogler as a filmmaker capable of reviving and building on a popular brand. MGM may have a potential new film franchise on its hands, should the company decide to make sequels. The question is whether or not Coogler would direct any subsequent movies with Adonis Creed, because he might be on to even bigger and better things.

For the past month, Coogler has been rumored to be Marvel’s choice (along with Disney) to direct its upcoming Black Panther film. In early December, TheWrap’s Jeff Sneider reported that Coogler and Marvel were “in negotiations.” Many outlets — including Sneider’s publication, judging from that article’s headline — took that to mean this was a done deal. Entering talks on the project apparently meant that a formal announcement was soon coming.

Yet Marvel, which likes to make announcements on its own (even if to confirm what the Hollywood trade publications are reporting), has yet to definitively release any statement that Coogler is the director for Black Panther. Over the holiday weekend, news began to circulate that the filmmaker was officially attached to the project. IMDB even has Coogler listed as “announced” with Black Panther. But the source for most of those posts is an article by Polygon, which cites an interview with Marvel Studios president Kevin Feige in the U.K.’s Empire Magazine.

Here’s the problem: Feige doesn’t actually say that Coogler is officially on board as the movie’s director. As Polygon’s Julia Alexander puts it, “Feige touched upon bringing director Ryan Coogler (Creed) onboard and what that means for the film.” That’s not exactly a confirmation.

Well, OK — Feige confirms that he and Marvel have talked with Coogler about Black Panther. Last year, the studio also spoke with director Ava DuVernay (Selma) about helming the project, but those negotiations eventually broke down due to “creative differences.” DuVernay later elaborated, saying it became clear that her vision and what Marvel wanted for the film were quite different.

That isn’t entirely surprising. Marvel films all tend to look similar, regardless of who’s behind the camera, with little opportunity for personal touch or style. (Though some directors have obviously been more successful working in the Marvel sandbox than others.) This is franchise filmmaking by its very definition. Marvel has very strong, exact ideas of how its films should look, where its stories should go. Yes, the tone of the movies can differ. Compare the edgier, thriller feel of Captain America: The Winter Soldier to the goofier comedy of Ant-Man. But directors, actors and stories fit into the Marvel world. Marvel doesn’t adapt its material to suit filmmakers.

So how would that work out for Coogler? Two movies into his feature film career, it’s too early to define him as a director — especially when his first two projects have been quite different. It’s not like Coogler directed two horror movies or action movies. He hasn’t worked solely within a particular niche or genre. Fruitvale Station was a slice-of-life, biographical drama about the final days of 22-year-old Oscar Grant, who was shot and killed by a Bay Area Rapid Transit (BART) police officer following a dispute and fight aboard a BART train.

From there, Coogler could have carved out a burgeoning career as a dramatic filmmaker. But he went more populist for his second project (which he pitched before Fruitvale had even been released), seeking to update the Rocky movie franchise that had meant so much to him and his father. At the time, Creed was thought to be a Rocky spinoff. And if there are more Creed films, maybe that definition will apply.

But Coogler didn’t simply use the Rocky mythology to springboard a new character; he continued the story that had previously been told. Coogler convinced Sylvester Stallone to revive a character that he had retired, that only he had truly defined, and managed to add depth to a personality so many already loved. Coogler took Rocky Balboa and actually advanced his story. He also demonstrated how a boxing film — a genre in which celebrated directors like Martin Scorsese and Michael Mann have worked — could be shot differently.

Imagine what Coogler might be capable of doing with an action sequence involving superheroes representing the peak of physical conditioning and combat skills.

If he and Marvel eventually reach an agreement (and all signs thus far point to that happening, which probably needs to be soon since Black Panther is set for a July 6, 2018 release date), will Coogler be allowed to put his own stamp on a franchise character and utilize his talents as a writer and filmmaker? Will he be “wasted” in a franchise that essentially makes its directors faceless (other than Joss Whedon, who also had a strong hand in writing his two Avengers films, in addition to consulting on several other Marvel movies)?

That might be the hold-up in a process that appears to be nearly complete. Film writers and movie sites obviously want Coogler to be the Black Panther director. Sure, part of that is just wanting news to keep the cycle churning and updates on superhero movies draw a lot of attention. But fans of comic book superhero movies want nothing more than for those properties — even after all the success they’ve had in recent years — to be considered legitimate. And nothing puts that stamp on like a critically acclaimed filmmaker who could likely make whatever kind of movie he wants, following Creed‘s success.

Both Marvel and Coogler know how crucial this choice is too. Black Panther is Marvel’s first black superhero (created in 1966) and this will be the first comic book blockbuster headlined by a black character, played by Chadwick Boseman (42). In an interview with ScreenRant, Coogler said he thought a black filmmaker needed to direct the project because “perspective is so important in art.”

But does Coogler need Marvel as much as the studio needs him? Helming a superhero film is arguably the next best step for a promising young director. However, if he did something else instead, it wouldn’t negatively define his career. Yet if Marvel didn’t hire a black filmmaker for Black Panther after publicly pursuing DuVernay and Coogler (and also reportedly showing interest in Straight Outta Compton director F. Gary Gray), it might not look so good if the studio eventually settled on a less acclaimed choice.

There’s a chance for Marvel to make something more than just another piece of popular entertainment here. Missing out on that opportunity would be a disappointment.