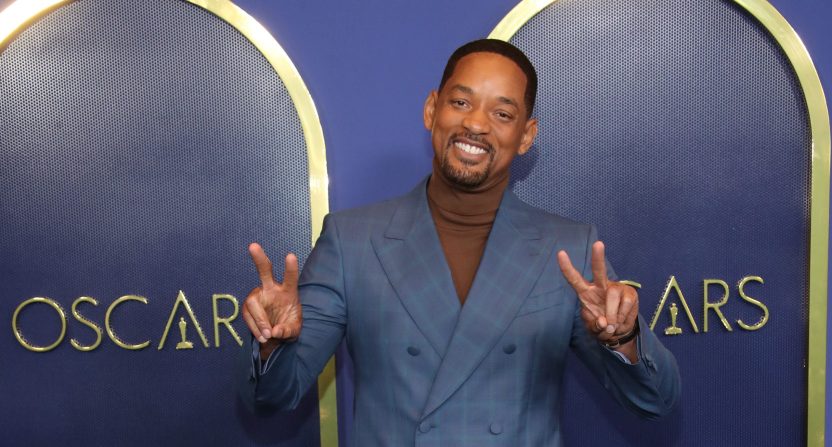 In the diverse world of entertainment, Will Smith is one of a kind.

The first rapper to crossover into movie stardom has earned the respect of his acting peers. The next step in his ground-breaking journey could take place Sunday at the Academy Awards.

King Richard might not feature the best Smith performance of his career. But it represents his best chance to finally win an Oscar. He’s the betting favorite to take home the gold statue for Best Actor. Smith, 53, solidified his status as the man to beat by winning leading actor honors at the British Academy Film Awards earlier this month.

It has been an extremely rewarding year for Smith. His portrayal of Richard Williams, the enigmatic and demanding father of tennis greats Venus and Serena Williams, has earned him more hardware than ever. Before his victory at the BAFTAs, he had already won a Golden Globe and a Screen Actors Guild award.

Could the most prestigious acting trophy be next?

Unless your name is Daniel Day-Lewis or Meryl Streep—both three-time winners, Oscars are tough to get. Many thespians are still waiting for their first, such as Robert Downey Jr., Don Cheadle, Bradley Cooper, Amy Adams, and Glenn Close. Close is the Buffalo Bills of acting, having been nominated eight (!) times.

This is Smith’s third nomination. He was previously selected for Best Actor in Ali (2001) and The Pursuit of Happyness (2006). You could argue that Smith’s role in Ali was better than King Richard. You could also argue that his greatest performance came in Six Degrees of Separation (1993) in which he played a gay imposter pretending to be the son of Sidney Poitier.

Rap was still in its early stages as a musical genre so there was no previous track record of rappers making a career shift to acting. Smith may not have been the first but he certainly evolved into the most successful. He parlayed his charisma into a starring role on television and made a significant breakthrough in Six Degrees of Separation. Smith not only held his own with established heavyweights Stockard Channing and Donald Sutherland. He was riveting.

The box-office success soon came with Independence Day, Men in Black. Bad Boys and Enemy of State. He kept his rap career going but he was clearly transitioning to acting. He finally got the attention of the Academy for Ali. Portraying a sports icon is difficult, but Smith did about as good a job as one could do at being The Greatest of All Time.

His second nomination for Pursuit of Happyness, playing a down-on-his-luck salesman must have felt even more gratifying for Smith. Mainly because he got to work with his son Jaden. But for all of his talent, Smith fell into a trap. In his quest for box-office glory, he has appeared in too many poor films, many of them sci-fi flicks: I, Robot, After Earth, and Gemini Man.

Smith remains a bankable star. According to Box Office Mojo, Bad Boys For Life was the third-highest-grossing film of 2020, pulling $426 million (It was helped by coming out in January before the pandemic shut down theatres).

By starring in and producing King Richard, Smith put himself in a position to get that additional acclaim. He threw his heart and soul into this project, and it shows. Smith nails Williams’s crazy-like-a-fox attitude, his obsessiveness, and his dialect. A lesser actor might have lapsed into a caricature. Smith’s effort rings true.

Also, historically, the Academy has rarely rewarded leading Black actors. Combining the Best Actor and Best Actress categories, only five have won and none since Forest Whitaker in The Last King of Scotland (2007).

In this year’s Oscars, the Best Actor race has five nominees. Smith’s toughest competitors are probably Benedict Cumberbatch (The Power of the Dog) and Andrew Garfield (tick, tick… BOOM!). Still, it feels like this is Smith’s time.

Here’s to hoping for another giant step for his unprecedented career.