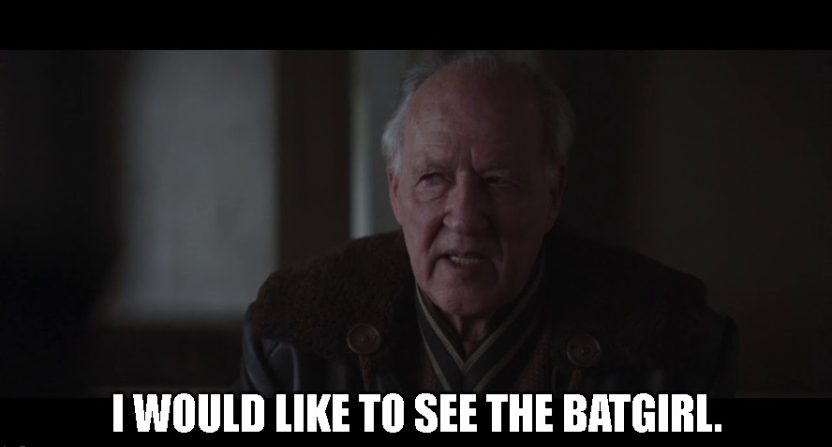 Many movies get canceled between announcement and release, but it’s highly unusual to see an already-shot movie canceled in post-production. And that’s perhaps especially true when it comes to a movie they’ve already spent $90 million on, and when that comes in an era where studios have incredible direct-to-consumer release options with streaming platforms, which has led to a lot of streaming-only releases. Warner Bros. Discovery apparently has opted not to go that way with the Leslie Grace-starring Batgirl, though, announcing Tuesday that they not only won’t release it in theatres, they won’t even put it up on their HBO Max streaming platform. Here’s more on that from Justin Kroll at Deadline:

Even though Batgirl is in the final stages of post-production, Deadline has confirmed that Warner Bros. and DC Films will not be releasing the movie on any platform, including theatrically.

This falls in line with the mandate put down by the new WB regime to cut back on the feature films premiering on the streamer and deciding which films will be released theatrically and which will be shelved, and sources close to the project say word came down this week that Batgirl did not make the cut.

…The film stars Leslie Grace in the titular role, Brendan Fraser and Michael Keaton reprising his Bruce Wayne part and was expected to bow sometime in 2023. As for the exact reason behind the shelving, sources say the film did not fall in line with the new strategy being implemented by DC Films as well as HBO Max. The studio is looking to make theatrical tentpoles with budgets at $90 million-plus, and from early footage seen this did not fall into place with that model. (Batgirl was greenlighted at $70 million budget.)

Kroll noted on Twitter that after publishing this piece, he received a call from an exec at a rival studio, who said “Worked in this town for three decades and this is some unprecedented sh*t right here.”

The film, based on long-established DC Comics character Barbara Gordon (daughter of police commissioner Jim Gordon, and a crimefighter under the “Batgirl” alias), was directed by Adil El Arbi and Bilall Fallah (known for collectively writing and directing Image (2014), Black (2015), and Gangsta (2018), as well as directing Bad Boys for Life (2020)) . It was based on a screenplay by Christina Hudson. As Kroll noted, this looks to be about changing corporate priorities in the wake of the WarnerMedia merger with Discovery (announced last year, completed this April). However, a New York Post report from Johnny Oleksinski blamed this on poor test screenings:

The reportedly $70 million movie (the source said the budget was actually more than $100 million), which was doing test screenings for audiences in anticipation of a late 2022 debut, would rank among the most expensive cinematic castoffs ever.

Those tests were said to be so poorly received by moviegoers that the studio decided to cut its losses and run, for the sake of the brand’s future. It’s a DC disaster.

“They think an unspeakable ‘Batgirl’ is going to be irredeemable,” the source said.

Regardless of the rationale, the decision to cancel a film completely at this late stage rather than just putting it up on HBO Max is remarkable. And that drew a lot of commentary Tuesday:

[20 minutes ago] ehhh i dunno if i'll see batgirl

[5 seconds after reading "so poorly received by moviegoers that the studio decided to cut its losses and run, for the sake of the brand’s future"] i must see this movie at once https://t.co/AvgkgAUl7h

This is appalling, and it's what happens when the people who run a media company crawl so far up their own hindquarters about "strategy" that they forget that actual humans put time and effort into making a movie. https://t.co/NJw09XbQ3N

If the rumors about Batgirl’s cancelled release are true, there is absolutely no excuse for that.

This also led to discussions of the forthcoming The Flash movie, which is facing questions of its own thanks to a variety of allegations against star Ezra Miller.

Leslie Grace as far as I know didn't start fights, choke fans, kidnapped kids, why does Batgirl have to punished for the shit Ezra Miller pulled? https://t.co/ULbMBRYwjI

The fact that they’re shelving Batgirl but still planning to release that The Flash movie and praying somehow no one has read a single Ezra Miller story online for the past two years is…a choice. https://t.co/9eXrprzIA2

These are the same people that seem intent on releasing an Ezra Miller star vehicle, this must be "The Day the Clown Cried" stuff … please Signal me a copy. https://t.co/g1hL3GH8jU

The Batgirl move here is certainly unusual. We’ll see if the protests about this lead to any sort of eventual release or not.