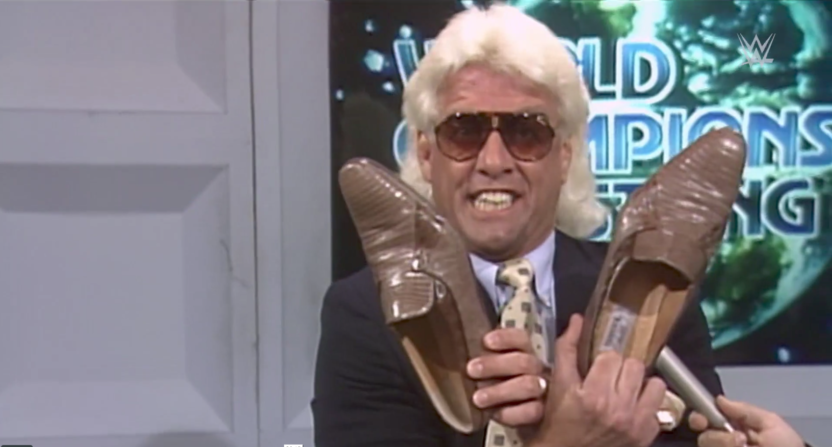 Installment: #95 by ESPN’s count (#96 by mine, counting the O.J. doc as one installment, although ESPN initially counted it as five different 30 for 30s, but now seems to list it separately, not as part of the series. Additionally, one finished project in Down In The Valley has been suspended from airing.)

Most Similar To: Brian and the Boz, Tommy

Review: Ric Flair holds a special place within American pop culture. You likely have a friend or friends who quotes him and belts out his infamous “Wooooo!” regardless of the appropriateness of its usage. In my fantasy football league, there is a team named Woo! The trifecta of idiots on Team Woo earned the name because they drink more than the other seven teams at the draft every year combined and take way too long to make their picks. When other league members bemoaned the lengthy draft delays, they’d chug more beer and belt out a “Wooooooo!” in response, essentially a spirited way of saying “It is what it is, deal with it.” That’s more or less the unique spirit of Ric Flair which Nature Boy aims to shine a light on.

If you were hoping for a linear storytelling of Flair’s rise, his in-ring triumphs, and the backstory on his career, you’re going to come away severely disappointed. There are elements that focus on the particulars of Flair’s career sprinkled in throughout, but it’s in small portions and served in a hurried fashion. Nature Boy isn’t about his Flair’s career, but rather his persona. That’s probably the right choice, given it’s not the championships and matches we remember so much as how Flair carried himself both in and out of the ring.  That said, I’m of the thought with an added half-hour, the mix between the two could have been a bit more even in terms of personal introspection and retracing Flair’s storied career.

I put this installment in the mid-30s out of the 96 30 for 30 installments. That grade took into consideration the fact that Nature Boy has a level of anticipation, nostalgia and simple fun, that other installments don’t have. I think a more true grading would have it in the mid-40s when evaluating it from a pure story and filmmaking perspective.

Director Rory Karpf was able to procure the involvement of pretty much everyone you’d hope to see here, including family members, his wrestling peers, and various fans and commentators. Some have quibbled about Karpf’s usage of animated retellings of various Flair capers, many of which focus on his partying and propensity to expose himself to unsuspecting individuals.

I actually enjoyed the animated stories and while they did feel a bit out of place, the reality is that one of the three key components of documentary filmmaking is archival news footage and that wasn’t really an option here. While WWE granted usage of various match and promotional footage, and the interviews were telling, there are no clips of local news anchors or SportsCenter anchors discussing big developments in Flair’s career because, well, wrestling has always been shunned from being covered by traditional media compared to “real” sports. Archival news footage often can take up 10-40% of a documentary, so without any to lean on here, the animated clips really helped fill the void and break up the interviews.

Similar to Tommy and Brian and The Boz, the film focuses on when a pop culture icon begins to take over the real-life person behind that icon and the effect it has on that person’s life, relationships, and loved ones. Nature Boy does an admirable job of balancing out the ridiculousness of Ric Flair’s life outside the ring, and the unique and celebrated personality that decades later is still beloved and mimicked in culture today, along with the tradeoffs Flair had to make with his family and on the home front.

The film does touch on his various in-ring rivalries, some of his bigger matches, and his moves between wrestling federations, but I think many will find that his wrestling career is always kept at a distance and is never really drilled into with much analysis or commentary. The film mentions that Flair’s financial needs led to him wrestling maybe a decade or more longer than he should have, and showed a few clips of him wrestling way past his prime. You’re not given really any context beyond that in terms of how, when, and why Flair opted to come back, how many matches he performed, who they were against, and whether or not he won. About a third of his career is basically reduced down to a blanket statement and 20 seconds of footage. 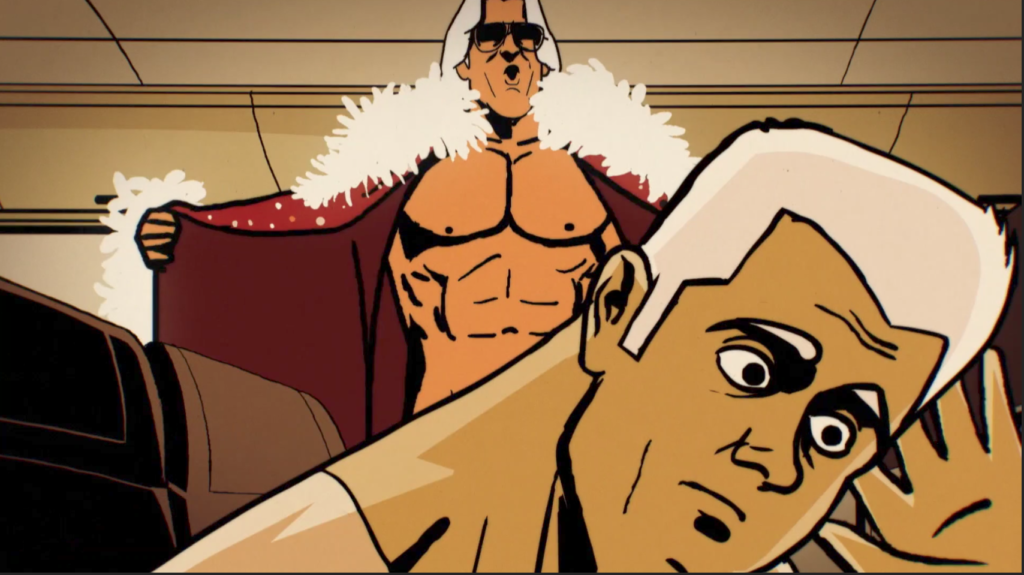 Throughout the film, Flair’s career gets this drive-by treatment, which I think is fine for most. But unless you’re a knowledgable wrestling fan, you really don’t ever get a good feel for the trajectory of Flair’s career. There is very little discussion about some of the bigger matches in his career, the storylines behind his matches, the back and forth between different wrestling organizations, and so on. I understand why that decision was made, but think a lot of wrestling fans will be disappointed Flair’s career takes such a back seat in the film.

I think this was a subject that was going to hit paydirt regardless of the direction taken with the film, especially when given to a quality director like Karpf. My personal taste would have preferred some more introspection and discussion of Flair’s rise and longevity as a wrestling icon. But ultimately, this was packaged as a breezier 90-minute installment that didn’t veer into some the muck that is the business of pro wrestling. I imagine Nature Boy will go over well in terms of reception and ratings, so perhaps we’ll start to see an annual wrestling installment going forward, which I think would be welcomed, given how low-hanging fruit for sports documentaries is becoming a bit more sparse these days.