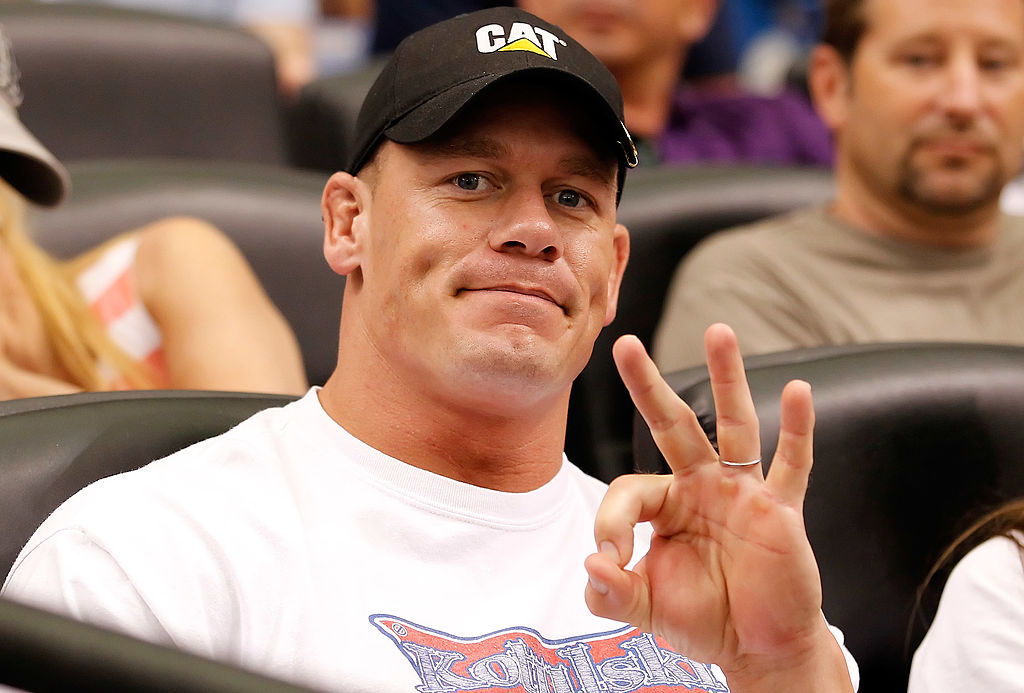 We now know that WWE is going ahead with it’s Crown Jewel event in Saudi Arabia this weekend in spite of all the evidence that the Saudi government carried out the murder and dismemberment of a U.S. resident journalist. We now also know that one of the WWE Superstars long-rumored to bow out of the event is indeed doing so.

Part of the Crown Jewel event is something called the WWE World Cup, a tournament featuring mostly American wrestlers to determine who is the best in the world…or something. It’s basically a storyline reason to give lots of big-name performers a meaningful match or two at the event. Some of the top names in the company were set to take part in the tournament, including Rey Mysterio, Kurt Angle, Jeff Hardy, and John Cena.

Cena, however, had been rumored to rethinking his appearance at the event after everything that happened involving the murder of Jamal Khashoggi. You can understand why. Cena is in the midst of transitioning from WWE Superstar to Hollywood star. With that kind of transition comes certain expectations and PR considerations, and among them is “not appearing at the behest of a Saudi king who almost certainly just executed a journalist he didn’t like.” Cena was also front and center in John Oliver’s scorching takedown of the WWE’s involvement with Saudi Arabia, showing a clip of Cena praising the nation amongst a sea of propaganda talk. You better believe that Cena’s agent, PR rep, manager, and anyone else trying to manage his career told him in no uncertain terms he’s not going to Crown Jewel.

I mean, you know it’s a bad look when WWE fans are booing the Crown Jewel event every time it’s mentioned at any other WWE event. That’s unprecedented and a pretty clear sign WWE is on the wrong side on this one.

On Monday, it looks like that’s exactly what’s happening. See, Cena was automatically qualified for that World Cup tournament because in storyline terms he’s a “free agent” and, also, he’s John Cena. However, during Monday Night Raw, he was replaced in the tournament by Bobby Lashley.

Cena is out of the Saudi Arabia PPV, and here is how it was announced; it looks suspiciously like they are reading off cue cards pic.twitter.com/lAGdyf7EJR

If you remove all context, it’s actually a pretty well-rationalized storyline. Cena didn’t earn his spot, so it was taken away from him by the dastardly acting commissioner of Raw (or whatever) Baron Corbin. Giving the spot to Bobby Lashley also sows the seeds for a potential feud between him and Cena if they ever want to go down that road again.

Of course, you can’t divorce the context and basically, you’ve got a situation that is “punishing” John Cena for not wanting to take the same blood money that Vince McMahon and WWE are happy to take for this and future Saudi Arabia events.

If you really want to try to find meaning in the switcheroo, you can also take into account that Lashley was once Donald Trump’s in-ring representative in a Wrestlemania match. That’s probably reaching but, also, it kinda fits the real-world narrative too. Such is the power of wrestling.

What will be interesting now is whether or not Cena is the only big-game wrestler not to show up this weekend. It’s also been rumored that Daniel Bryan, the No. 1 contender to the WWE Title, does not want to perform at the event either. Unlike Cena, Bryan’s absence would cause a big mess as he is scheduled to take on AJ Styles in one of the event’s marquee matches. Whereas Cena’s absence could be seen as unfortunate, Bryan’s absence could possibly send an even bigger message.