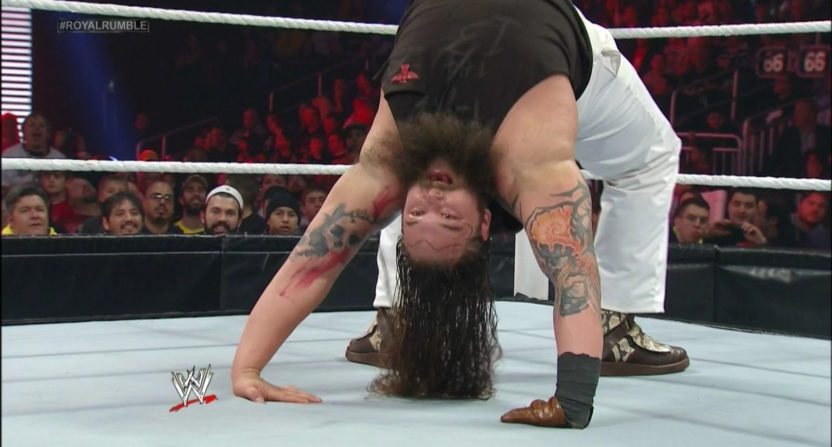 But that doesn’t mean kayfabe is completely dead. Former WWE Champion Bray Wyatt channeled the stars from years gone by and stayed in his backwoods cult leader character through such things as jury duty.

In a coffee table book about WWE’s developmental division NXT, Bray Wyatt was down there to change his character since fans didn’t quite grasp his Husky Harris character with The Nexus. In developing what would be his current character, WWE Hall of Famer Dusty Rhodes convinced Wyatt to go to jury duty as the character in order to get used to performing as him.

“Bray began with my real-life lunacy,” says Wyatt. “I’ve always been an against-all-authority kind of child. I was a big fan of Rage Against the Machine, they were a big influence on my life as a child, so when I started working with Dusty Rhodes, I began losing my mind on a very real level. I became obsessed with this character.”

When Husky Harris failed on the main roster, he went all in with the Wyatt persona. “I was going to jury duty in my hometown, and Dusty made me go to jury duty as Bray,” Wyatt says. “Dusty told me, ‘This is the perfect exercise. Become Bray.’ I literally went to jury duty as Bray Wyatt. I was so immersed in the character that I didn’t break once. Obviously, I didn’t get picked for jury duty, but I had the white pants, Hawaiian shirt, the whole nine yards. There were no fragments of Husky Harris. Husky Harris was dead, and he was to stay dead. I was Bray Wyatt. We were one.”

Yeah, it’s kind of absurd to show up to jury duty as a WWE character known for holding a lantern while walking toward the ring and having a family which consisted of someone wearing a lamb mask but it’s not too drastically different than an actor being in character while filming a movie and will only answer to their character’s name than their real name.

What Bray Wyatt is doing isn’t exactly on the level of Daniel Day-Lewis in Lincoln, but whatever helps you maintain your character. Also, it’s a pretty ingenious way to get out of jury duty. And it must’ve been rather entertaining to those who had to go to jury duty that day. I would’ve paid to see Wyatt do his back bending crawl in the courthouse.