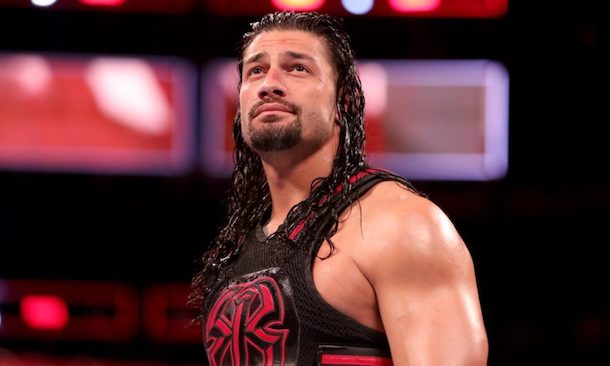 Back before the days of modern technology, the WWE ran its shows on the company’s own terms. Babyfaces were cheered and heels were booed. That is just how it went. (People used to actually boo the immortal Hulk Hogan at one point in his career.)

But in today’s world of of Reddit threads, Facebook posts, and Twitter tweets, wrestling fans are more involved than ever before with how certain characters are viewed.

Brock Lesnar is currently booked by the WWE as a heel (a bad guy for those non-wrestling aficionados), but the crowd still continues to be full of cheers whenever his music begins to play throughout an arena. (And it looks like Lesnar could be making a turn for his upcoming feud with Samoa Joe.) The same has been true for characters like AJ Styles, Randy Orton, Kevin Owens, and Braun Strowman during their recent heel turns.

Just listen to the roar from the crowd when Lesnar returned to the company back in 2012 as the supposed face of the WWE, John Cena, stood in the middle of the ring.

On the other end of the spectrum, wrestlers like Roman Reigns and Cena have had to continuously endure a storm of boos as they try to enter the ring as a babyface (a good guy). But why?

Perhaps it has to do with the fans of today actually having a louder voice outside of the arena as well. If a group of wrestling fans do not like the way the WWE is currently booking a superstar, they are going to do everything in their power in an attempt to get what they want.

Go back to 2014, when Daniel Bryan was not even supposed to be a part of the WWE World Heavyweight Championship match at WrestleMania 30. But wrestling fans wanted Bryan challenging for the title on the biggest stage of them all and let the WWE know about it by booing any challengers not named Daniel Bryan.

Fans eventually got their wish as Bryan was not only added the main event of WrestleMania 30, but he ended up actually capturing the WWE World Heavyweight Championship over two prototypical superstars in Randy Orton and Batista as well.

Since then, the WWE has still catered to some of their fans’ wishes. But they have also found ways to disgruntle those who keep this company alive.

No matter how many times the WWE tries to push a superstar down their fans’ throats (Reigns, Cena, old Goldberg, Eva Marie, etc.), it does not seem to work like it used to back in the 90s or 80s. Fans of today are much different (for the most part) than the ones who used to pack the arena to watch a clown wrestle a barber.

To combat their new-age fans, or Smarks as they are called today, the WWE is going to have to do its best to convince Vince McMahon that the company needs to lessen his strictness on who the good guys and bad guys (and girls, sorry ladies) are and develop more hybrid characters.

Superstars like Lesnar, Styles, Charlotte Flair, Orton, and Bray Wyatt are able to be popular by not being restricted by a basic heel or babyface gimmick. Fans like the characters they have developed into and let the company know by cheering them.

How else can anyone explain fans getting excited when Paul Heyman grabs ahold of the mic?

Moving forward, the WWE must get better at adapting to what their fans are telling them each week. This does not mean giving in to every single fan’s desire and want. But if a supposed babyface superstar is coming out to a hurricane of boos each week for more than a year (cough, Roman Reigns, cough), it may be time for the company to capitalize on the disdain from the people paying for the product.