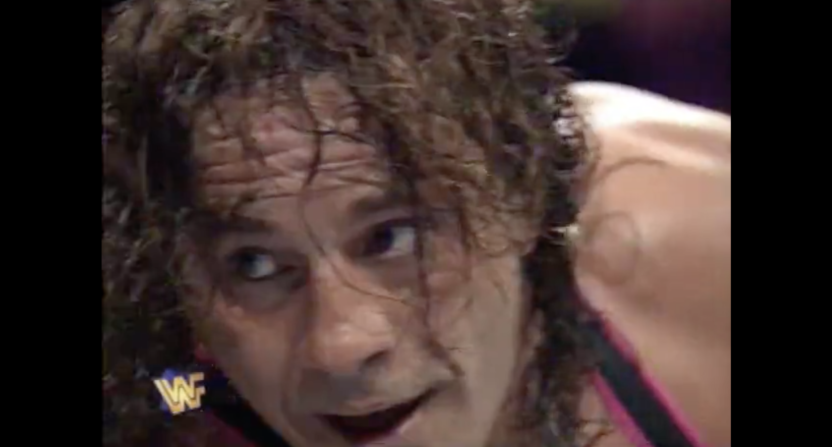 It’s been 20 years since one of the most memorable moments in pro wrestling history took place. In Montreal, Quebec, at the 1997 Survivor Series, Bret Hart and Shawn Michaels battled it out for the WWF (now WWE) Championship.

In the days leading up to the event, reports surfaced that Hart was heading to WCW and this would be his final WWE match. While Hart was the champion, Vince McMahon and the rest of WWE needed to find a way to get the WWE Title off of Hart before he could go to WCW.

The problem was that Hart and Michaels really didn’t like each other and after Michaels privately told Hart he would never lose the WWE Championship to Hart and it being in Canada, Hart didn’t want to lose at Survivor Series. And with Hart having reasonable creative control of his character, Hart could do that, leaving McMahon in a tight spot.

The result was maybe the biggest mix of a storyline and actual real drama to a wrestling event. A few minutes before the end of the match, Michaels was supposed to get Hart into Hart’s signature submission move, the Sharpshooter. Hart would reverse the move and then chaos would ensue, ending the match in a disqualification and Hart would keep the WWE Championship. Instead, when Hart was in the Sharpshooter, referee Earl Hebner called for the bell, indicating Hart tapped out when he didn’t.

Hebner bolted from the ring and got the hell out of there and was smart to do it because Hart immediately knew what was going on. Hart got up, spit in McMahon’s face and after Michaels had left and the broadcast ended, destroyed the TV equipment, wrote “WCW” in the air and told the fans he loved them. In the locker room, Hart punched McMahon, giving him a black eye, a concussion and a sprained ankle after stepping on Gerald Brisco’s foot.

It’s unknown exactly who came up with the idea to “screw” Bret Hart but it’s known that McMahon, Michaels, Triple H, Sgt. Slaughter, Brisco and Hebner (told right before the match) were in on the plan. Many believe that announcers Jim Ross (also head of talent relations) and Jerry Lawler as well as match agent Pat Patterson and writers Bruce Prichard and Jim Cornette were on in it as well but all have denied knowing and I’m inclined to believe them. None of them really needed to know the outcome and the risk of letting too many people know that it gets to Hart and the jig being up is realistic so I can’t imagine any of them knew.

And even though some people felt the Montreal Screwjob was also a work, I can’t buy that. Like any conspiracy theory, the more time that elapses, the more likely someone “in the know” would have said something about it if that was the case. You would think that after 20 years, if what happened at Survivor Series was scripted, someone would have said something. But everyone from Bret Hart to Shawn Michaels to Vince McMahon and others have been doing a great job staying silent all this time.

We know the aftermath. Hart went to WCW and his career, like WCW, went to crap. Michaels became WWE Champion but after injuring his back a couple months later, opened the floodgates to Stone Cold Steve Austin to reign supreme as Michaels didn’t wrestle until 2002. And after initial hesitation, McMahon embraced his new heel character and became Mr. McMahon. With his storyline against Austin, vaulted WWE over WCW and eventually win in the Monday Night War.

But after 2o years, I’ve always wondered what would’ve happened to the pro wrestling industry if the Montreal Screwjob never happened. The Montreal Screwjob was a pivotal moment that is still being felt to this day and it’s interesting to look at what might’ve been if Bret Hart just handed the WWE Championship to Vince McMahon on Raw the next night.

Obviously, if the Screwjob never happened, Bret Hart would have still gone to WCW. So it would be assumed that Hart’s career likely would have gone the same way. Maybe he comes back to WWE a lot sooner than he really did and had been on better terms with McMahon but his career would still have been worse off.

Also, Rick Rude probably would have still been in WWE. Rude was so distraught at what happened that he called WCW and moved over, causing a unique situation where he was on both Raw and Nitro on the same night because some Raw episodes were taped back then. Rude made it very apparent Raw was taped by having a full beard on Raw and then be clean shaven on Nitro.

Even though WCW was leading the Monday Night Wars in November 1997, and the Montreal Screwjob helped vault WWE over WCW and eventually lead to winning in March 2001, I can’t see that changing much if the Screwjob didn’t happen. Maybe it would’ve taken longer to win but WWE was equipped to hold out longer and win over WCW. Even though he was getting desperate, Vince McMahon still had a lot of money and was willing to go broke. Even at its darkest moment, WWE was still prepared to holdout in the long run.

WCW still had terrible booking, terrible decisions and Ted Turner selling his company to AOL Time Warner, who sold WCW to WWE after seeing WCW lose so much money and that they didn’t want to be in the pro wrestling business. A more successful WCW or less successful WWE may have caused Vince McMahon to spend more money to buy out his competition but WWE would have won out regardless.

The biggest unknown I can think of if the Montreal Screwjob never happened is the concept of the Mr. McMahon character. Sure, Vince McMahon would likely have eventually taken over the character but the Montreal Screwjob and the “Bret screwed Bret” interview really pushed McMahon past the “point of no return” and became that asshole corporate owner the average American hates. That kind of heat made people cheer Stone Cold even more when he got a chance to beat up his boss, and that was the cornerstone of the Attitude Era. Without the Screwjob, that storyline and the Attitude Era in general, may not have been as effective.

So, what would have happened to pro wrestling if the Montreal Screwjob never happened? It’s tough to say. Despite some things remaining the same and very likely having the same outcome in the Monday Night Wars, it definitely would have been different and it’s up for debate whether or not that’s for the best. We do know we have a memorable moment that happened 20 years ago which will always be looked at and dissected by wrestling fans and experts for a long time. It’s a moment that blurs the lines of entertainment and real life and when that organically happens, you have a moment that will be forever remembered.