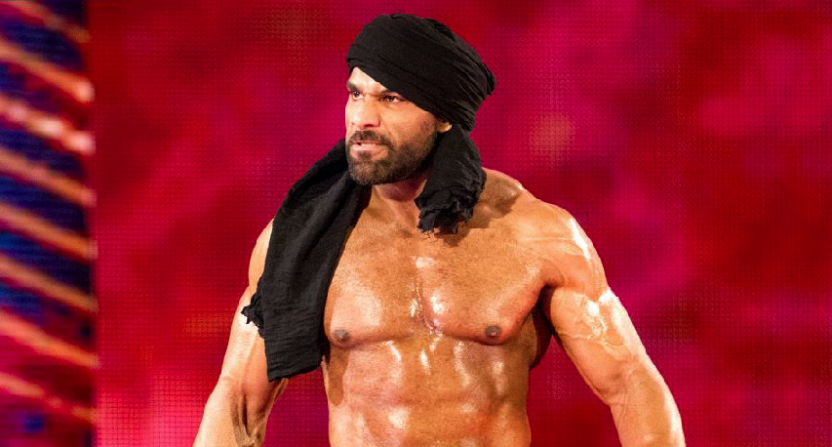 Given its carnival roots, wrestling organizations needed to find ways to connect to new groups of people quickly and easily and, as P.T. Barnum might say, there is no quicker and easier way to make a large group of people know how to feel about someone than to assign them an ethnic stereotype.

And so, long before the days of complex characters (at least by wrestling standards) such as Shawn Michaels and Triple H, you could almost always boil a wrestler down to which ethnicity they represented. The Italian one. The Russian one. The Middle Eastern one. Given the makeup of that particular audience, you wouldn’t have to work very hard to make someone a face or a heel.

That line of thinking carried into the 1970s and 80s when Vince J. McMahon and son Vince K. McMahon turned the regional WWWF into the international WWF and eventual WWE. We all know Hulk Hogan for his love for America (and racism) but the reason Terry Bollea was bestowed with that moniker was because he was meant to be “The Irish one,” with the story going that the elder McMahon wanted him to dye his hair red.

Hogan’s transcendence of that label mirrored the rise of the company into something bigger and slightly more complex. The cartoonish 1990s eventually gave way to The Attitude Era, which is where we began to see WWE wrestlers as characters truly unmoored from those basic trappings. At least, mostly.

Over the years, the WWE has vacillated between these two notions. There’s the idea that a professional wrestler can be a complex individual with wants and desires that have nothing to do with their birthplace or skin color. But there’s also that traditional conviction that the quickest way to get a crowd to understand a character is to make it all about their birthplace or skin color. More often than not, that latter option is used to ensure that the wrestler is seen as an out-and-out bad guy.

It’s hard not to point to the fact that Vince K. McMahon is not only still in charge of the company, but still intimately involved in character creation and storytelling. McMahon’s WWE has always been an avalanche charging down a mountain. All of the other federations create and innovate, but eventually they’re consumed by the avalanche. Either they become a part of the WWE or the WWE takes what it likes and keeps moving.

Meanwhile, McMahon has always maintained a childlike notion of what wrestling audiences ultimately want. They want fart jokes. They want slut shaming. They want the American to beat up the non-American. Sure, you can cite plenty of examples when this wasn’t the case, but they’re dwarfed by the examples when it was.

A lot of wrestling fans, worn down by uncomfortable storylines and racist/xenophobic tropes, have lowered the bar for McMahon rather than asking more of him. These days when WWE pays off a storyline from start to finish, they’re lauded as reconquering kings. Never mind the fact that seven other storylines played out in jagged fashion with unsatisfying conclusions.

The same goes for the way the WWE has handled race and ethnicity. The company has flashes of modern thinking, like when the planets aligned for Black Excellence in 2016. Then again, they’re also the same company that brought African-American wrestler Apollo Crews over from Smackdown to Raw and immediately put him in a storyline with African-American wrestler Titus O’Neil, the underlying assumption being that you might as well just put the black guys together because what else are you gonna do with them (something the WWE has done many times before)?

It’s similar to what they did with Jinder Mahal when he returned to the WWE last July after a two-year absence. Mahal, whose real name is Yuvraj Singh Dhesi, is a Canadian wrestler with a strong pedigree and history. He’s also of Punjabi Sikh origin, so naturally the WWE had his character hail from India, gave him the last name Mahal, and made his story all about that.

Since returning to the WWE, Mahal has followed that “traditional” path. He’s been a heel from the get-go, even if he was mostly used as an enhancement talent to make other wrestlers look better. In an attempt to give him a bit more visibility, he was partnered up with Rusev, a heel character defined mostly by his own point of origin (technically Bulgaria, but also sometimes Russia?).

Rusev and Mahal don’t really have anything in common but just like The League of Nations gimmick, which formed a heel stable out of four guys from someplace other than America, the bond was that they were both foreigners. So it goes.

After Rusev was injured, it seemed like Mahal was destined to ride out his current contract as a jobber to the stars. It surprised just about everyone then when he won a six-pack challenge to become the new No. 1 contender to the WWE Title two weeks back. As shocking as that victory was, it was equally unshocking when Mahal immediately established his heel bonafides by launching into (an admittedly well-done) diatribe about how Americans don’t respect him because he’s different and smarter than them and better than them.

As often happens in professional wrestling, he’s a heel who makes a compelling case, but you could still boil it down to the same old song and dance. I’m a foreign guy, so I’m the bad guy.

That isn’t on Mahal, mind you. In the two weeks since he’s gone from jobber to main eventer, he’s taken the ball and run with it. He followed up his victory with a solid segment against current champion Randy Orton. Along with his pair of cronies, he beat up the champ, stole the title belt, and made off in style. It’s classic pro wrestling bad guy work and Jinder is playing his part perfectly. To those who boo him, just like those who boo Roman Reigns, you’re proving the point that he’s accomplishing what he’s set out to do.

It remains to be seen how well any of this pays off. Mahal could remain in the title picture, become a solid mid-carder, or he could even slip back down to jobber status when it’s all said and done. Whatever happens, however, it’s always going to be a bit of a sore spot with how WWE got here. There’s a discussion to be had about the inelegant way Mahal was elevated, but regardless it’s more about the generic way that Mahal’s character has been presented.

The truth is that will probably always be the case so long as Vince McMahon is in charge. He’s proven time and time again that while he is malleable to many things, he is also tied to the era of his and wrestling’s past. He remembers a time when no one would have batted an eyelash as “the brown guy is bad because he’s the brown guy.” Sadly, some that persists. But it’s a shame that WWE has to continue leaning into that notion.

A lot of WWE fans will give them a pass because the way Mahal expresses himself is just different-sounding enough to make it seem progressive. But you don’t have to dig very far to realize it’s the same old act, just tweaked enough to convince you it’s not feeding into the lowest common denominator trappings pro wrestling has for far too long.

For what it’s worth, I think Jinder Mahal could be pretty successful in the WWE. And he doesn’t need that same-old ethnic stereotyping to do it.