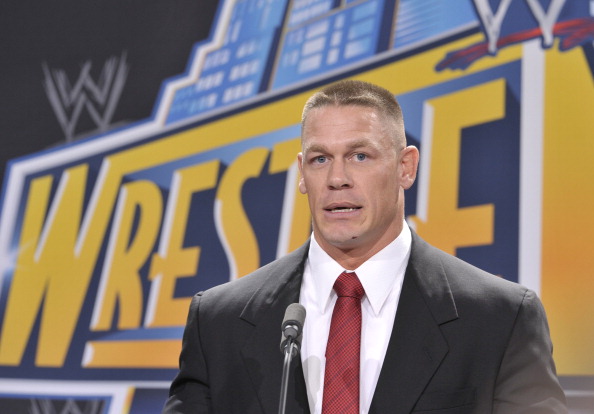 Former WWE champion John Cena announced via Twitter Wednesday evening that he would require surgery on his shoulder. The injury and surgery was initially reported by PWInsider.com’s Mike Johnson.

Cena is reportedly suffering a rotator cuff tear, and it will force him to miss Wrestlemania 32, though he could surely still make an appearance without competing. His injury also explains why he likely didn’t appear on this week’s edition of Monday Night Raw.

Rather upside down start to 2016 as tomorrow I will head to Birmingham for shoulder surgery. Life's full of set backs but #nevergiveup

Cena’s surgery will be performed by Dr. James Andrews, who is the biggest name in the country when it comes to orthopedic surgeries on high-profile athletes. He is also the Senior Orthopaedic Consultant at the University of Alabama, and holds the same position with the NFL’s Washington franchise.

This comes as a big blow to professional wrestling fans, as it had been long rumored that Cena would have a possible match with The Undertaker. Because of his surgery and six to nine month recovery time, that’s no longer even a possibility.

Cena is just another injury that the WWE has had to deal with recently. Seth Rolllins tore his ACL, MCL, and medial meniscus during a live event in Ireland back in November. Rollins lost his WWE World Heavyweight championship as a result.

In addition to Rollins, Randy Orton, Cesaro and Tyson Kidd are on the disabled list, and all required surgery for their respective injuries.

This is a huge loss for the WWE. Wrestlemania 32 is set to take place in AT&T Stadium in Dallas in April, and hopes of breaking their record for attendance from Wrestemania 3 might have taken a huge blow with the loss of Cena. It was supposed to be the company’s biggest event ever.

Cena’s personal streak will come to an end as well, as he’s participated in every Wrestlemania event since 2004. Surely the writers will find a way to get him involved in some capacity, even though it won’t be in the ring.