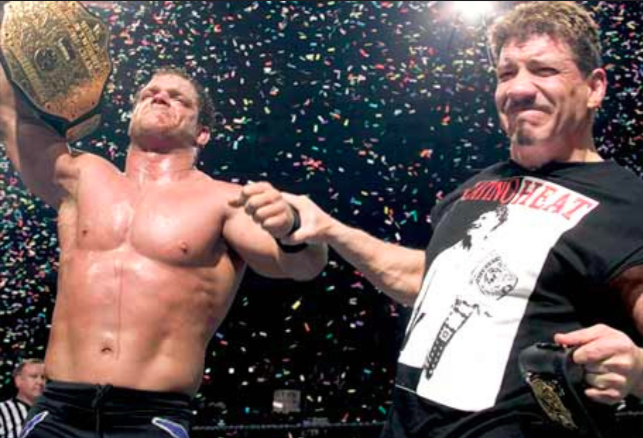 The biopic is as sturdy a Hollywood staple as there is. But one niche that has rarely been explored is the life of a professional wrestler. Pro wrestling fans have been waiting forever for the news which broke earlier this week, that André René Roussimoff, a.k.a André the Giant is going to get the biopic treatment.

The 7-foot-4, 500-pound international icon was a larger-than-life human being for millions of pro wrestling fans, but his personal life behind the scenes was painful and messy. Hollywood finally discovered him in the mid-to-late 80s, but his health declined rapidly and he died in 1993 at the age of 46.

Pro wrestling fans also hope that the film can usher in a new slate of movies about the often-troubled and difficult lives of other legends of the industry.

But who? Whose story in and outside the squared circle is interesting enough to carry a film? If it were just about being a famous wrestler, we’d be here all day. But what’s really at the heart of a good biopic is a flawed human being who has a life full of triumphs and failures and leaves behind a legacy, for better or worse.

Sure, there are people like Vince McMahon, Ric Flair, and Macho Man Randy Savage who might qualify, but it feels as though their stories are still being told. You have to make sure the ending is worthwhile before you tell the story. So we’ll put them on the back burner for now.

Pro wrestling is also littered with tragic figures whose lives were ruined by the profession. The list of wrestlers who died before their time and left behind unfinished or complicated legacies is deep and gets deeper every year. Almost all of them would make for a decent choice.

Taking all of that into consideration, here’s our list of the five pro wrestling biopics we’d be most interested in seeing soon. 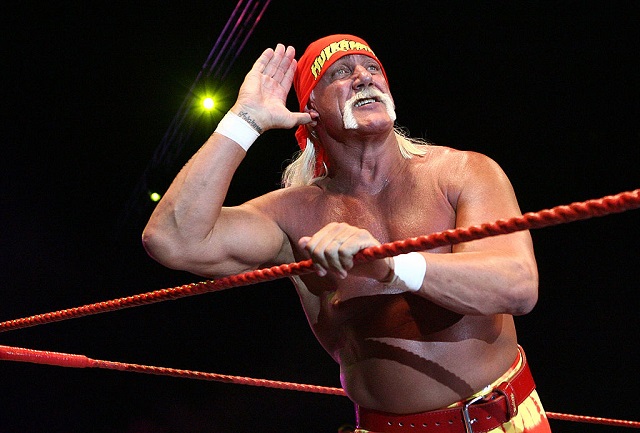 Okay, we immediately just broke our first and only rule by choosing someone who’s story is still being told. But… this is Hulk Hogan we’re talking about. Is there a professional wrestler whose career and life have reached so high and so low, with so many peaks and valleys in between?

Hogan was, for a solid decade, the most important and famous person in pro wrestling. The face of the WWF at a time when the company began its transition from sideshow act to worldwide phenomenon, Hogan was the embodiment of everything good and righteous and American. He wasn’t just a world champion, he was a movie star, Saturday morning cartoon star, breakfast cereal star, and a bonafide celebrity unlike anything the sport had ever seen before.

Then, he was caught taking steroids and a million children’s dreams shattered. Still, he recovered and once again ascended to the apex of the industry with his turn as the leader of the villainous NWO in the 90s. You could probably stop right there and fill in the blanks with enough to get a compelling rise, fall and rise three-act story. But you’d miss out on all of the juicy bits that happened after that. The reality show. The messy divorce. His son’s car accident. His daughter’s failed music career. His sex tape scandal. His racism scandal. Banishment from the company he helped build.

Not to mention the fact that many behind the scenes hate Hogan. Years of pulling rank, refusing to lose to certain people, and turning his back on his fellow wrestlers in order to help maintain the status quo for Vince McMahon. There’s a treasure trove of backstage stories and gossip that could color our perspective.

Perhaps we still need to wait a little bit to see if Hogan ever gets another redemption arc. He may yet come back once again for one final bow. Or maybe he won’t. Either way, he remains such an iconic person among multiple generations of pro wrestling fans and the story of his life is fascinating, however it ends. 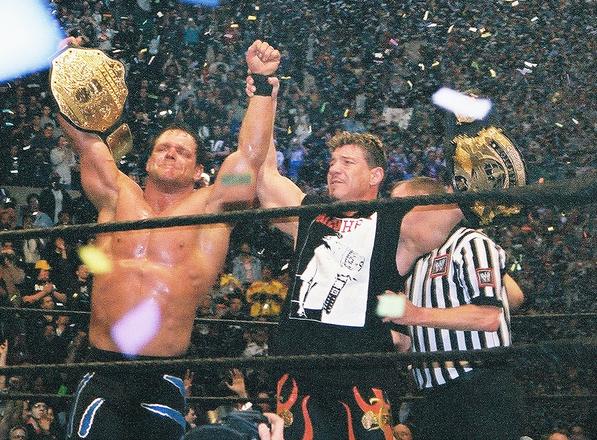 Like Candyman, just saying Chris Benoit’s name out loud feels wrong. Like you’re summoning a darkness that has been put away and should never be unboxed. That’s also the reason the story of his life might make for such a compelling film.

At first glance, you never would have expected Chris Benoit to reach big heights in the industry. He didn’t have the good looks of a Sting or Ric Flair. He wasn’t a towering Adonis, like Hulk Hogan or Kevin Nash. His personality was nonexistent and his mic work was mediocre at best. There wasn’t an intangible that Chris Benoit had going in his favor.

And yet, that’s part of the reason pro wrestling fans adored him. He bucked expectations and got by on athleticism, technical ability, and a penchant for doing anything and everything to entertain. At the height of his career, he was considered one of, if not the, best technical wrestlers in the business.

He’s not the kind of person who wins a WWE Championship, and yet he did just that, achieving the ultimate dream in the ring and carving out a place in pro wrestling history.

Sadly, the story of the way his life ended is how he’ll always be remembered by most people. Years of concussions and God-know-what-else ruined his body and his brain, leading to the murder of his wife and child before taking his own life. No one saw it coming and yet in the aftermath, it was revealed just how troubled Benoit had truly been in his personal life. Three years after winning the biggest title in the industry, he became a ghost that no one wanted to discuss.

It’s not a nice story or a pleasant one, but it’s the kind of story calling out to be told.

There is actually a movie in the works about Benoit, aptly called Crossface, but it’s been sitting in development hell for some time now. 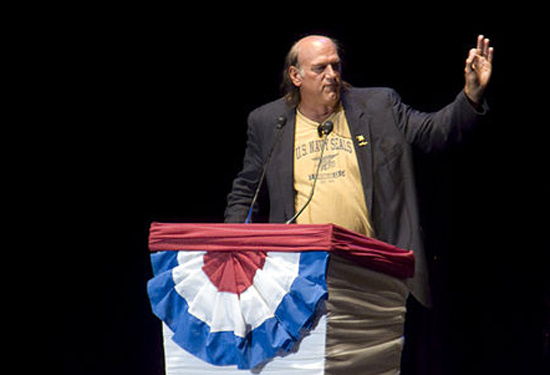 For a more lighthearted approach, there’s the story of James George Janos, a.k.a. Jesse “The Body” Ventura.

Let’s just run down the highlights of his life and career.

It might not be the kind of story that has a lot of heavy gravitas, but it’s certainly the kind of how-the-hell-did-he-do-that story that deserves to be told. They’d never do it, but one could imagine the Coen Brothers having a field day with the events of Ventura’s life. 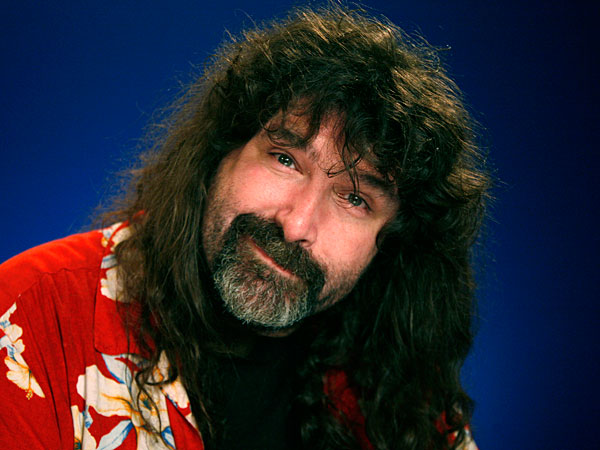 If you really want a feel-good biopic, the story of Michael Francis “Mick” Foley, Sr. might be the perfect place to look for it.

In a way, all you’d have to do is follow the Rudy template. Born in Indiana (like Rudy), Foley dreams of being a professional wrestler but didn’t look the part at all (like Rudy). After years of putting his body on the line over and over and over, he eventually got to live his dream (like Rudy).

Of course, Foley did Rudy one better and eventually rose to become a champion and Hall of Famer. But that road was paved with a lot of blood, a lot of lost teeth, and a lot of barbed wire. His affinity for taking part in gruesome, hardcore matches would make for a great way to explore the self-inflicted pain that Foley put himself through in order to achieve his dreams and whether or not it would end up being worth it. The toll that his career took on his body is shocking.

Perhaps even more unbelievable than his rise to pro wrestling superstar is the fact that he would also go on to become a multi-time New York Times bestselling author, appear in a variety of (questionable) movies, and make the kind of pop culture transition that very few wrestlers have done successfully. 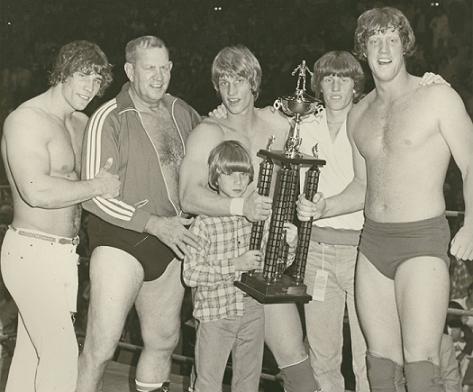 Pro wrestling fans not only enjoy the athletic prowess of the competitors, but also the intricate storylines that weave between their matches and interactions with one another. Furthermore, there are the stories behind the stories. The real lives of these interesting people that play out behind the scenes and sometimes affect what happens in the ring.

You don’t hear William Shakespeare get invoked too often when discussing wrestling, but if there’s anything in the sport resembling a Shakespearean Tragedy, it’s the story of the Von Erichs.

In an alternate universe, the Von Erich family is the most popular family in all of professional wrestling. Had they come of age a decade later or had certain events played out differently, who knows. But what really did happen is the stuff of tragic legend.

Jack Adkisson, who went by the wrestling name of Fritz Von Erich, had six sons. He would outlive five of them. His firstborn, Jack Jr., died at the age of six after being electrocuted. The other five lived to become professional wrestlers. David, Mike, Chris, Kerry, and Kevin all found various degrees of success, most notably in World Class Championship Wrestling, the promotion run by their father.

David, the first breakout star amongst the brothers, died of what many say was a drug overdose in 1984. Mike, who was said to have felt like he lived in the shadow of David, killed himself in 1987. Chris battled drug problems and suffered from depression over the deaths of his brothers, and eventually killed himself in 1991. It was Kerry who rose the highest among the brothers, even claiming the WWF Intercontinental Championship for a time. A 1986 motorcycle accident cost him his right foot, though he would continue to wrestle for years with a prosthetic, a secret he kept from fans and most fellow wrestlers. His life spiraled out of control into drugs and he too took his own life in 1993. Only Kevin made it through his career and beyond.

Honestly, how has this story not been made into a biopic yet?