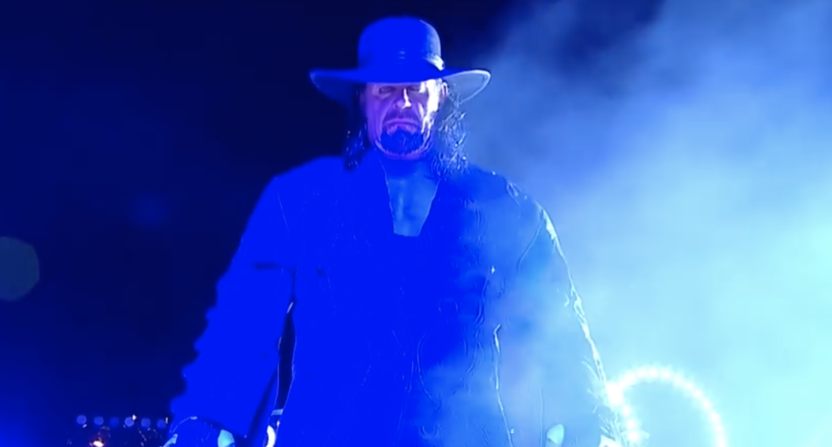 Within wrestling circles, it’s an inside joke to poke a bit of fun at Terry Funk constantly retiring and coming out of retirement. The 73-year-old Funk first retired back in the 80s and just had a match a couple months ago.

But Funk brings up an important thing to know in pro wrestling. While there are retirement matches and people “retire” from competing, you’re never actually retired and many come back for one more fight. That could be the case for our favorite Deadman, The Undertaker.

While no one ever said the word “retire,” The Undertaker and Roman Reigns faced off in the main event at WrestleMania 33 with Reigns giving him his second WrestleMania loss. WWE brought Jim Ross back to call the match while The Undertaker left his jacket and hat in the middle of the ring in an emotional sendoff. It sure seemed like a retirement match but now he could be back.

According to Uproxx and Dave Meltzer and the Wrestling Observer, John Cena is looking for an opponent for WrestleMania and that may be a match with The Undertaker. Meltzer mentions Batista, Goldberg and Hulk Hogan as potential opponents but despite the retirement match, it’d be more likely for The Undertaker to come back than any of those three.

Seems like for this storyline to start, it would have to be at the Raw 25th Anniversary show in January. The Undertaker, along with other WWE Hall of Famers, will be there days before the Royal Rumble so it would be logical to do something during a very rare Undertaker appearance.

Cena is now considered a part-time wrestler but does show up for the bigger events and there’s no wrestler or event bigger than The Undertaker and WrestleMania. And since the two have never competed on the “Grandest Stage,” it could be another great sendoff for The Phenom.