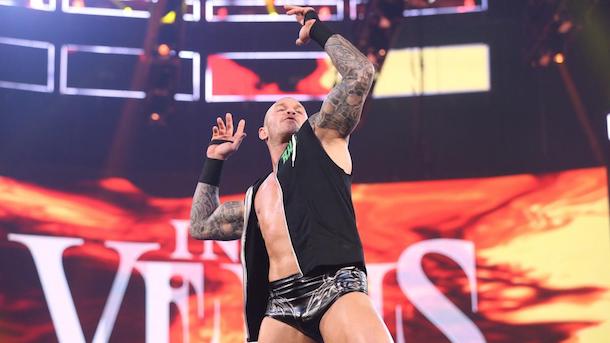 The year was 2004 and on a cool August night in Toronto, the WWE thought it had found its next wrestling icon.

After defeating the late Chris Benoit at that year’s SummerSlam pay-per-view, a sly 24-year-old Randy Orton became the youngest WWE superstar to ever capture the company’s World Heavyweight Championship. Orton’s wrestling career appeared ready to head in a similar direction of those who had come before him like The Rock, Stone Cold Steve Austin, and Macho Man Randy Savage.

Orton had checked all the boxes necessary to qualify him for potential mega-status. He had the wrestling lineage, a superb physique, a dynamite entrance song, and an amazing finishing move.

However, the brakes on Orton’s stardom were pushed almost immediately after his first title win. In his first championship defense at WWE’s Unforgiven pay-per-view a month after SummerSlam, Orton lost the match and his title belt to Triple H.

But why? The company obviously had second thoughts about making Orton a World Champion before he reached the age of 25, but having him give up the title after just one month likely lost the WWE a ton of potential money from Orton gaining a massive amount of popularity.

Instead, they took his title away and buried him in a bunch of meaningless storylines.

Buried by his mentor

Some assume the WWE’s second thoughts about Orton’s initial push stemmed from the superstar’s immaturity (At 24? No way) and poor attitude. Others think that his lack of megastardom is continuously put to a halt by Triple H.

After his very first World Heavyweight Championship win at SummerSlam 2004, six of his next eight singles matches against Triple H with the title on the line at a Pay-Per-View resulted in a loss.

Orton could not even catch a break against Triple H in matches on free TV either. Of his nine singles matches against Triple H on Monday Night Raw, Orton has only come out of those nights as a winner three times since 2004.

Being that he is married to the daughter of WWE CEO Vince McMahon, Triple H more than likely used the friendship with his father-in-law to his benefit. Even if that meant burying those with major potential like Orton.

Two days after WrestleMania 22 in 2006, Orton was suspended for 60 days by the WWE for what the company called, “unprofessional conduct.” He later admitted that his suspension stemmed from anger issues and outbursts associated with those problems.

“I get loud and verbally abusive. But I’ve nipped that part of me in the bud. I attended an anger management clinic in Atlanta.

I started to realize, wow, I was wrong in a lot of these situations. I just got this reputation of being hard to work with, being a dick and everything in the book. But the truth is, I don’t flip out anymore.”

Before his suspension, Orton was involved in a major World Heavyweight Championship storyline with Kurt Angle and Rey Mysterio. When he returned to the ring, the company had Orton get in non-title feuds with Angle and a 53-year-old Hulk Hogan.

Orton was suspended again in 2012, but this time it was for something much different. He reportedly tested positive for marijuana and the steroid known as Dianabol. At the time, a third suspension would have resulted in him being fired by the WWE.

Unsurprisingly, the company became hesitant to push Orton into any sort of title picture due to the risk of him getting in trouble once again.

However, in 2013, the company introduced a new Wellness Policy that gave superstars (cough, Randy Orton, cough) the opportunity to have one of their previous suspensions erased if they participated in an 18-month long program. If not for this new policy, Orton’s time in the WWE could have ended a long time ago.

With wrestling, it’s all about the music

Among the qualities of a what makes someone a WWE megastar, the theme music actually is more important than people assume.

Just think about it, of the most popular superstars in the company’s history, almost all of them have had borderline amazing entrance music. Hogan, Bret Hart, Shawn Michaels, Chris Jericho are all icons in the industry who achieved that status in part with their theme songs.

As dumb as it may sound to some, it’s true (it’s damn true).

Unfortunately for Orton, his current theme (“Voices” featuring Rev Theory’s Rich Luzzi) does not exactly bring out the excitement of the crowd when it plays in an arena. It sounds more like it should be the entrance music for Grumpy Cat.

Orton actually did have a very good theme from 2004 to 2008 when it was Mercy Drive’s “Burn in My Light.” Paired with an epic entrance that featured him doing his signature pose in front of a stream of golden pyro rain, Orton’s introduction to fans each night had the makings of something legendary.

These days, his current entrance music has been featured in a number of lists that count down the worst wrestling themes. But the reason Orton has “Voices” as his current song in the first place is because he hated “Burn in My Light.”

If you think his music is a silly reason for why Orton is not a megastar, then ask current WWE superstar Shinsuke Nakamura how cool it is to hear a whole crowd sing a theme song that doesn’t even have lyrics. Nakamura is a very good wrestler, but his entrance theme moves him up to an even higher status level.

Some would point out that Orton’s injuries throughout his career could have contributed to him not ever being the face of the WWE, but more often than not, returns from injuries normally help a superstar’s career rather than hinder it.

Is Orton a future WWE Hall of Fame? Yes, of course. Will he be mentioned among the greatest to ever step foot in the squared circle? Why don’t we just ask Daniel Bryan for that answer…

6 thoughts on “Why has Randy Orton never become a WWE megastar?”