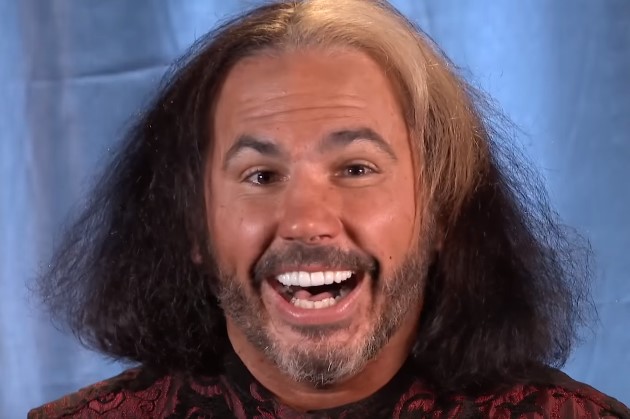 This week, we are seven weekends away from the 2018 Royal Rumble, WWE’s annual pay-per-view event built around a battle royal in which the winner traditionally receives a chance to compete for the WWE Championship at Wrestlemania. Most of the company’s top talent will take part in that central match with the chance to elevate their careers and become pro wrestling legends.

Ever since Brock Lesnar won the WWE Univeral Championship at Wrestlemania 33, the WWE’s plan for Wrestlemania 34 has been considered fait accompli. Roman Reigns, the company’s golden boy and heir apparent, would go head-to-head against Lesnar in a rematch from their infamous WrestleMania 31 battle, only this time Reigns would slay The Beast Incarnate and finally complete his ascension as the chosen face of the company.

Plenty of challengers to Lesnar’s title have tried and failed to wrest that red belt away from him but the further along into 2017 we’ve gotten, the clearer it’s gotten that the long-expected Reigns-Lesnar showdown is going to happen whether you like it or not.

While it is always possible that the WWE could throw a curveball, much like they did inserting Seth Rollins into the WM31 match, we can pretty much assume a few things when it comes to Royal Rumble 2018:

Discounting his Survivor Series match against A.J. Styles, Lesnar hasn’t wrestled a title match since September’s No Mercy when he defeated Braun Strowman. Before that, he outlasted Strowman, Reigns, and Samoa Joe at SummerSlam. Before that, he defeated Joe at Great Balls of Fire in July.

When it comes to the Royal Rumble, you could certainly throw Joe or Strowman in there against Lesnar again, but losing once more does neither of them much good. You could also push Finn Balor up for his long-rumored match against Brock for the title, but again, it probably doesn’t do Finn much good to get squashed, especially considering WWE basically just did that version of a match with Lesnar when he took on Styles. None of those matches would be a bad idea, per se, but they wouldn’t really help anyone either.

There is another way that WWE could go. Instead of taking one of their established main-eventers and feeding him to Brock for the sake of it, why not bump another guy up for a unique opportunity that would allow Brock to remain dominant while also boosting the challenger’s credibility even in defeat? Someone who could use the opportunity to elevate their gimmick and carry the storyline while Brock remains off our televisions. Someone who could put a fresh spin on the Brock Lesnar match build-up that isn’t the same-old hoss fight.

There’s one person who would fit that role perfectly. “Woken” Matt Hardy.

In case you need a refresher on how Matt Hardy went from being one half of The Hardy Boys tag team into a broken weirdo with drones and dilapidated boats, The Comeback’s John Canton did a full rundown of his antics in TNA and now the WWE. While he and brother Jeff had been performing, for the most part, as a legacy act since returning to the WWE in April, Hardy became fully “woke” a couple weeks back and is now back in fine form as a tweaked version of the character that made him a fan-favorite last year.

Before we go too far into this idea, we need to deal with the elephant in the room. Hardy currently finds himself in the midst of a burgeoning feud with Bray Wyatt and the logical conclusion of said feud is for the two of them to have a match at the next Raw pay-per-view, which happens to be Royal Rumble.

To that, we offer a few thoughts. First, because of the oddly timed structure of the pay-per-views, seven weeks is a very long time for these two to be going head-to-head so it remains possible that they can solve their differences before then (or at least figure out how to put them on hold). Second, considering how played out Wyatt’s character has become, an insta-boost would be to have become “woken” as well and side with Hardy in some way, thereby opening Hardy’s schedule up. Third, you can always put Hardy vs. Wyatt on ice until Elimination Chamber, the Raw-branded pay-per-view immediately following Royal Rumble. There is no timetable on this feud.

So why would the WWE want to make this move and put 43-year-old Matt Hardy in a title match with Brock Lesnar? First and foremost, the fans would be all-in. Just listen to the crowd during Hardy’s first real “woken” promo last week. WWE fans, and pro wrestling fans, in general, have been desperately waiting to see this version of Hardy once again. Now that he’s here, they want to cheer the hell out of whatever weird things he says and does. Not only that but the Broken/Woken Matt Hardy angle is the rare pro wrestling angle that has reached through into the pop culture mainstream.

The video was a huge hit on YouTube, racking up over two million views on WWE’s channel. It was picked up by major pop culture and entertainment sites that don’t run pro wrestling content very often, such as Rolling Stone and USA Today’s For The Win. This is by all accounts a hot angle and that translates into more money, which is the surefire way to get Vince McMahon’s attention.

Why waste all of that potential on a stale, two-month-long feud with Bray Wyatt?

The other thing to consider is that while this angle is red hot, it has a shelf life. Hardy isn’t getting any younger and neither is his brother, who should be returning from an injury soon. The injury bug can strike at any time for either of them. Also, it’s inevitable that the excitement surrounding “Woken” Matt Hardy will dissipate.

Rather than letting him sit in the mid-card while he’s gaining national attention, why not push him to the moon quickly in order to capitalize on that? Then, afterward, you can send him in any number of weird directions because you’ve maximized that awareness. Send him back into a feud with Bray or split him against Jeff. Or use his hype to help push some other mid-carders up the ranks by beating him. The better you make Hardy look now, the better you can utilize him afterward.

As for the fact that you’d simply be elevating Hardy in order to feed him to Lesnar, so what? The outcome of “Woken” Matt Hardy’s matches are irrelevant. No one remembers the winners and losers of his “Broken” matches in TNA. They just remember the crazy antics, absurd catchphrases, and silly promos that piled on top of one another. This isn’t about building Hardy up to become champion, it’s about using his ability to draw eyeballs and generate excitement with each appearance.

You might know the outcome of the match, but when was the last time you could say you didn’t know where the buildup of a Brock Lesnar feud was going? That’s what you’d get. Just imagine Hardy vs. Paul Heyman going back and forth on the mics and there’s no way you’re not smiling.

Unlike Finn Balor or Samoa Joe or Braun Strowman, there’s no need to protect “Woken” Matt Hardy. He’s the rare pro wrestling character who transcends the results of his matches because his matches are simply byproducts of his character’s story. Whereas a lot of care needs to be taken with that aforementioned trio in how they’re presented in the ring, Hardy could lose the next 30 matches and it probably wouldn’t hurt him so long as he continued doing what he’s doing in promos. That’s a rare asset in the modern WWE and it’s why the company should consider maximizing that impact as soon as possible.