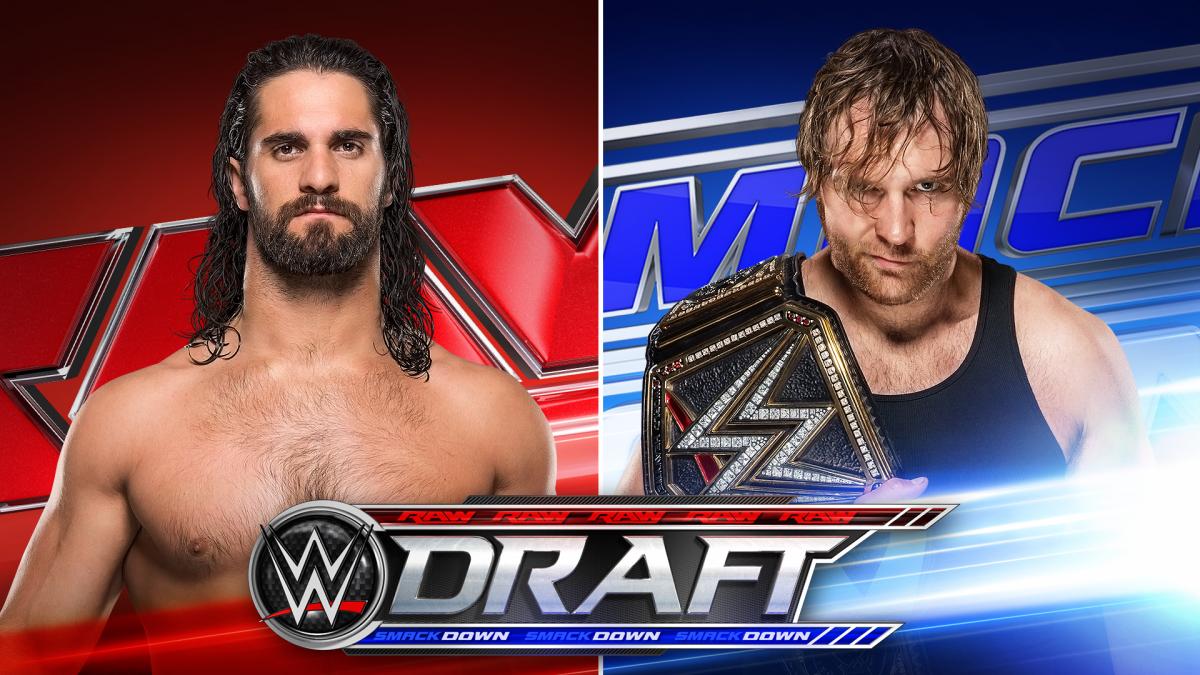 The WWE Draft took place on Smackdown Live Tuesday night. It was a way for WWE to push Smackdown‘s new night by holding a historic event live on USA Network in the United States. Who would end up on which show? We found out during the two-hour broadcast, as well as the one-hour draft show on WWE Network.

The picks were done on the Smackdown broadcast in groups of five. That’s because Raw had three picks for every two picks that Smackdown had, so Raw started and ended every round. The format put Smackdown at a major disadvantage, but WWE felt like they had to do that since Raw is three hours while Smackdown is two hours.

While I will review all 59 selections for both shows, here’s how the first five picks went:

There were no surprises with the top two guys since Rollins has been a favorite of Stephanie for the past two years. Ambrose is the WWE Champion, so he should be very high. Charlotte going third shows that WWE is very serious about making women’s wrestling a big deal since she is the Women’s Champion. Styles has been the best performer in WWE this year, so he should have gone there. Finn Balor was the face of NXT for the past couple of years. It shows that he is going to have a huge role on the main roster.

A Major Problem During the Draft – NXT Selections

I was bothered by the fact that WWE did an extremely poor job of explaining the NXT roster selections. Going into the draft, we were told that both rosters could pick a total of six current NXT stars (or teams) for Raw or Smackdown. There was nothing set about limitations or who couldn’t be picked. The thought was that anybody would be available, which is not what happened.

If you watch NXT and you see those selections, your reaction should be this: “What the hell?”

With Balor, American Alpha and Nia Jax, it’s easy to see why they were picked. However, the best performers in NXT are people like NXT Champion Samoa Joe, Shinsuke Nakamura, Women’s Champion Asuka and Bayley. None of them were drafted or even mentioned. Is it because they are locked into title matches at the NXT Takeover Brooklyn event on Aug. 20? That’s what we assume, but it would be nice if WWE could have told us.

All they had to do was come up with some rule saying that NXT GM William Regal got to protect four or five names from his roster to keep the NXT brand strong. If they said that, it would have been fine. Instead, fans are left to wonder why certain picks were being made without any sort of explanation.

There has to be somebody in WWE in an authoritative position that can prevent these kinds of things from happening. It’s an organizational issue more than anything.

There were matches on the show too. Most of them were kept under five minutes with angles taking place to set up matches at Battleground.

The main event saw Dean Ambrose beat Seth Rollins clean in about 15 minutes. It was hyped as their last singles match because they were drafted to separate shows. Keep in mind that they are both in a triple threat match for the WWE Title with Roman Reigns at Battleground this Sunday night as well.